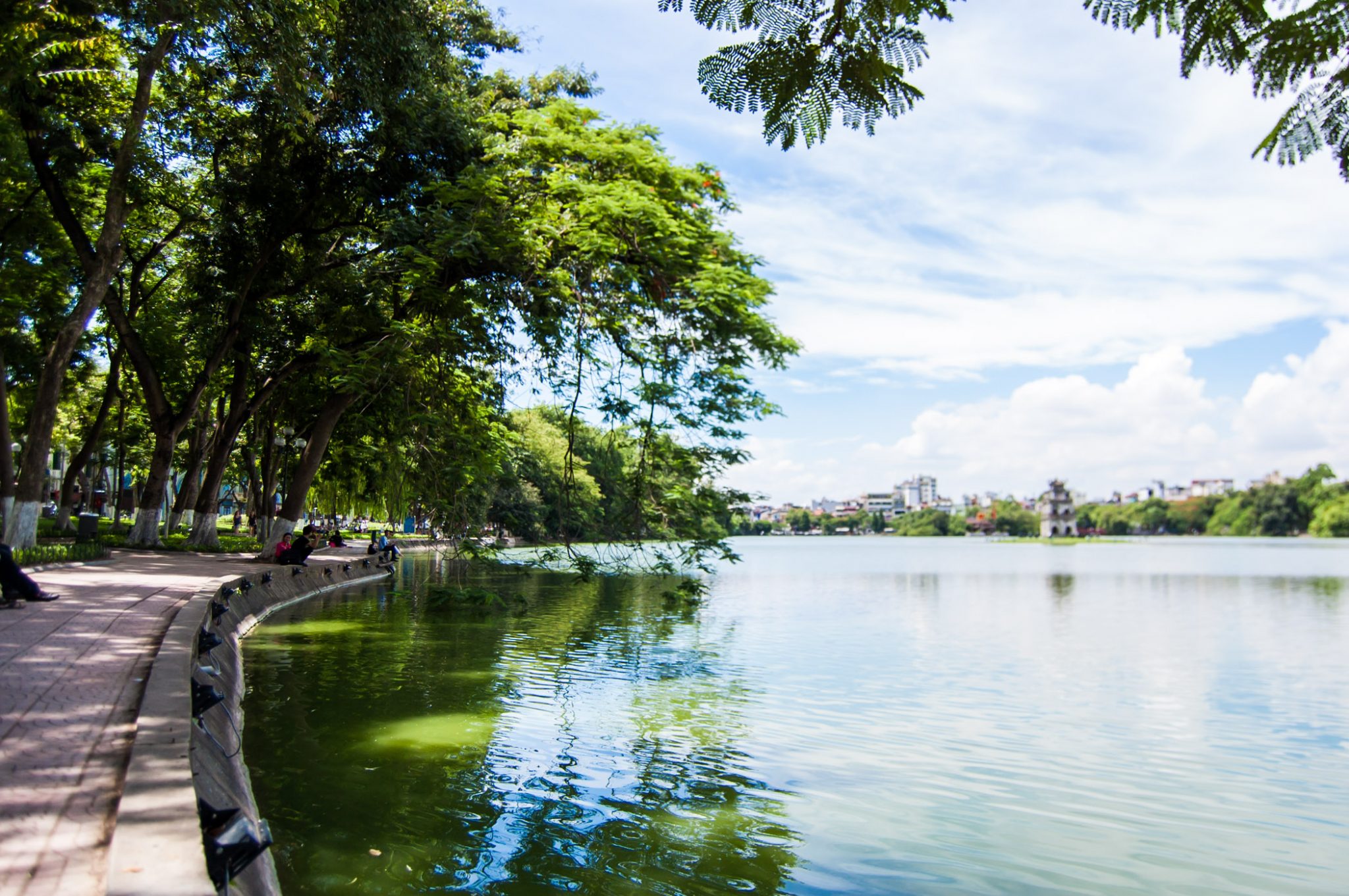 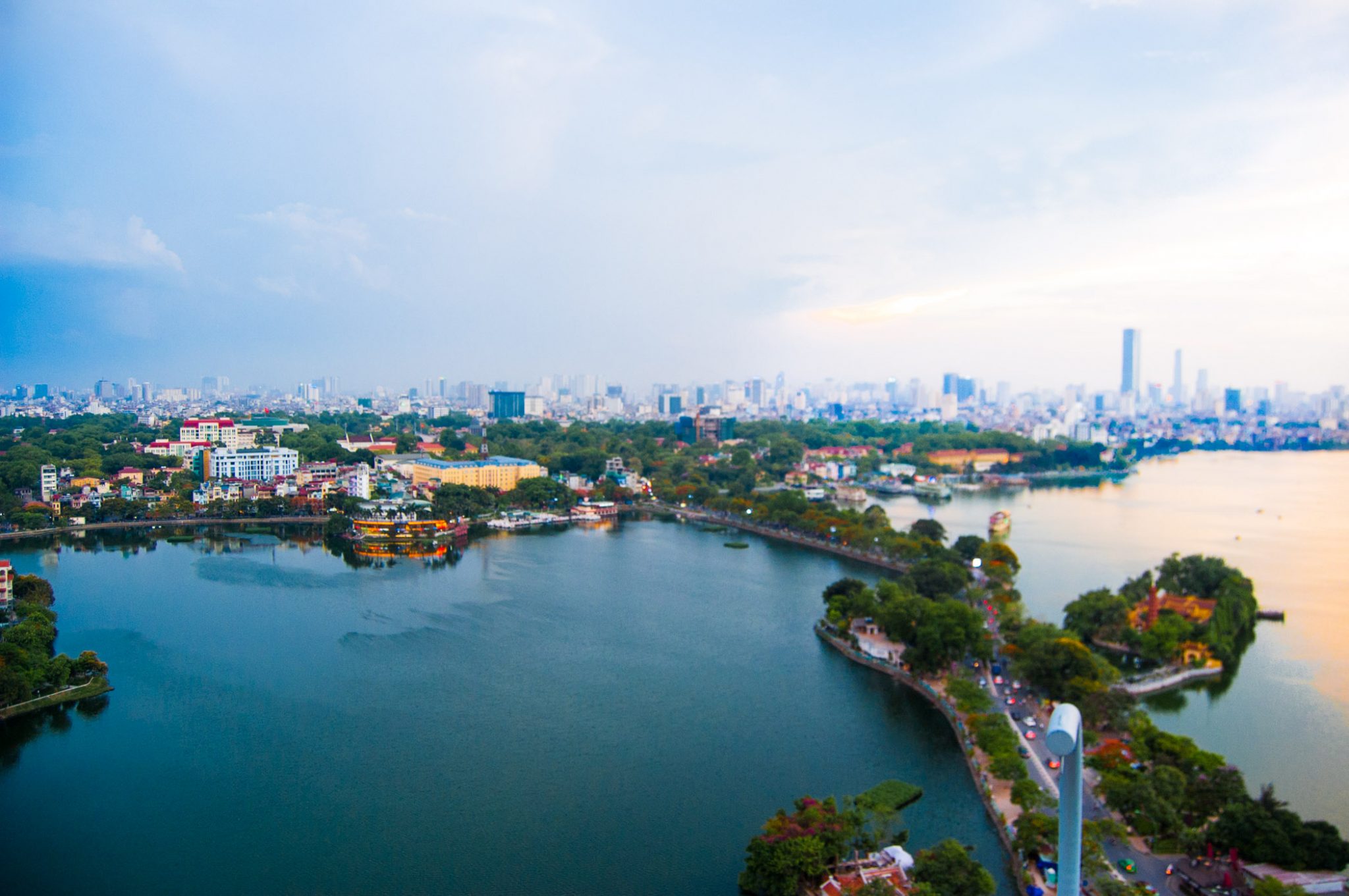 Xin Chao! Welcome to Hanoi, Vietnam. You are greeted by your guide and driver at Noi Bai International airport for your transfer to the hotel. Hanoi is one of Asia's most enchanting cities, full of culture, history and the engaging contradictions of a rapidly developing and deeply traditional society. Overnight in Hanoi

Breakfast at the hotel before heading out to Ha Long Bay, a UNESCO World Heritage Site. In Ha Long, you will board your luxury boat for an overnight cruise amongst the more than 3,000 limestone islands rising majestically out of the turquoise bay. You pass grand rock formations and quaint fishing towns, and sample a delicious lunch of freshly caught fish and seafood. End the day with a spectacular set-menu gastronomic dinner Overnight on board.

Start the day with calming Tai Chi, often accompanied by an amazing sunrise and the quiet breath-taking beauty of the bay's landscape. The cruise passes beautiful spots such as Trong, Trinh Nu, and Me Cung Caves, and you will have a chance to explore Surprise Cave before having buffet brunch on board. Back at the dock, where you will be met and transferred to Hai Phong Airport for our short flight to Da Nang. Upon arrival, we are greeted at the airport and transferred to our hotel inHoi An Town. Overnight in Hoi An.

Morning visit to My Son Holy Land of the Cham, one of the most important examples of Hindu influence in Southeast Asia. Although largely in a state of ruin today, My Son is often compared with other historical temple complexes in Southeast Asia, such as Angkor Wat of Cambodia or Ayutthaya of Thailand. You'll be given a brief introduction to the history, culture and Hindu influence on the Cham Kingdom, and then will visit the remains of the carefully-crafted red brick temples with beautiful monuments and epitaphs. Spend the afternoon to walk the ancient streets of Hoi An, lined with Chinese trader's homes and wooden houses reincarnated as restaurants, cafés, and outlets for local artists, craftsmen and tailors. Explore the beautiful 16th century Japanese Bridge. Hoi An's unique fusion of Chinese, Japanese and Vietnamese architecture is well displayed here, in what is arguably Vietnam's most tourist-friendly town. The rest of the day is free at leisure to enjoy the shopping in Hoi An - a paradise for silk & fashionable clothing and accessories. Overnight in Hoi An.

Today take your flight to Ho Chi Minh City, formerly Saigon. Ho Chi Minh City is the largest city in Vietnam. It is the bustling economic capital and cultural trendsetter of the country, yet holds the timeless traditions of an ancient culture. Overnight in Ho Chi Minh city

Drive 70kms from Ho Chi Minh City, stopping en route to visit a rice paper-making village, and you will reach Cu Chi Tunnels. After an introductory video, viewing various mantraps, the remains of an American tank and numerous bomb craters, you will spend the next hour exploring the maze of tunnels to see how the Viet Cong survived in this underground network. In the afternoon, visit the Reunification Palace, the home and workplace of the President of South Vietnam during the Vietnam War. It witnessed the end of the Vietnam War during the Fall of Saigon on April 30, 1975, when a North Vietnamese Army tank crashed through its gates. The nearby Notre Dame Cathedral, built between 1877 and 1883, most materials for Saigon's Notre Dame Cathedral were imported from France. Neo-Romanesque in form, it is a major center of Catholicism in modern Vietnam, and one of the city's major landmarks. Next to the cathedral stands the Saigon Post Office, a classic French colonial structure, is still a functioning post office today and features huge ceilings, a giant portrait of Uncle Ho, and many beautiful details. Final visit of the day is to Ben Thanh Market - an icon of the city, stands in the center of District 1. Packed to the rafters with everything from fruits to nuts, from tourist kitsch to true bargains, it is a definite must-see. Overnight in Ho Chi Minh City

After breakfast at the hotel, you transfer to Mekong Delta and Vinh Long province Starts with a cruise among local barges full of fruits and vegetables in the colorful Cai Be floating market. An optional stop can be made at local workshops where you can see rice paper, coconut candy, pop-rice and pop-corn being made. Your lunch of Mekong specialties will be served in Bonsai Garden. Then a rowing boat will take you deeper into the countryside via small canals to enjoy the peaceful atmosphere, passing by traditional wood and palm-leaf houses, and local farmers doing their daily work. After walking around the village, you can enjoy seasonal fruits when listening to southern traditional music. Transferred back to Saigon. Free to explore the city at night. Overnight in Saigon

The morning is free at leisure in Ho Chi Minh City for some last-minute shopping before depart for your flight. End of service.