It’s the toughest job for visitors to plan their vacation when it comes to travel through America because of its diverse background of fun, glamour, culture, history, and entertainment.

Places to Visit in the United States of America

The tourists can enjoy different nightlife scenarios, hotspots and deserts, beaches and tropical islands, and a lot more with outstanding skyscrapers and significant architectural buildings, making it the epitome of modern art. Hence here is the list of such delightful places to travel in America:

The densest major city of New York state has iconic scenery to descry with those ultra-bright towering skyscrapers. The city is often termed as a concrete jungle having Times Square as an enticement of lambent lights flickering at all hours. The city never had a lack of entertainment, plush hotels, charming bars, and tastiest restaurants. And fun new crowd-pleasers like The Statue of Liberty Museum, Broadway Openings, Hudson Yards, and Museum of Modern Art’s expansion were the cherry on the cake.

Winters in New York double the fun as the city is drenched into the airy subzero-temperature atmosphere. The snowy season will lead the visitors to enjoy The Macy Thanksgiving Day Parade with the traditional Thanksgiving roasted turkey meal. The un-slumbered city has provided endless ways to spend your time with the highest levels of Dopamine and Serotonin.

The city is drenched into the authentic culture of South California. Many people visit Los Angeles for its climate, ethnic diversity, or simply see a gigantic HOLLYWOOD signboard. One can spend the best holidays in the city by just enjoying pilgrimages and museums, which soothes your wandering soul while spotting stars.

From high hills to the bewildering array of beaches, one can sprawl their touring ideas with bijou budgets. Theme parks and art institutions of high culture, as well as biking through dusty hills and discover the best tacos over the suburbs of sun-baked streets, will be the best juxtaposition for diverse choices. 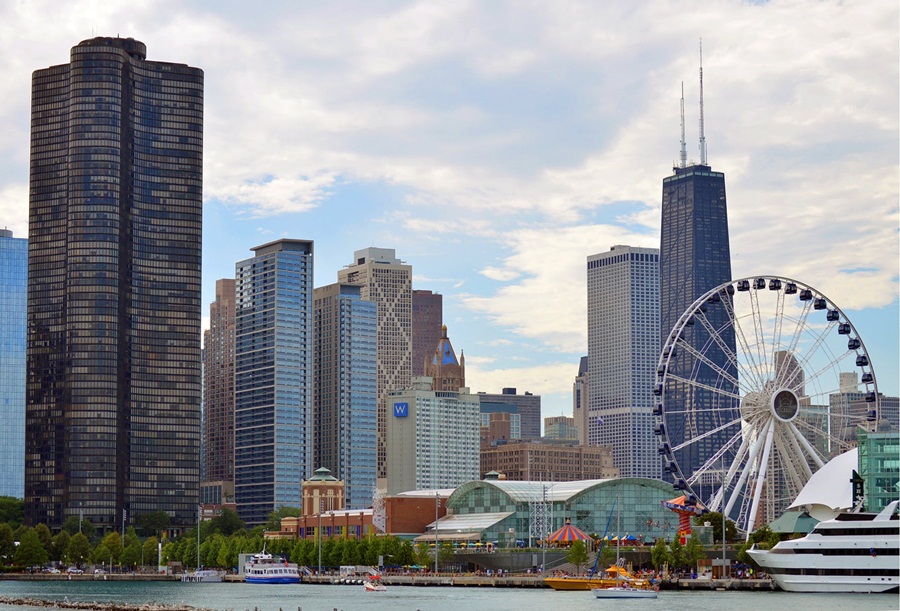 Chicago may look a place with skyscrapers but has a lot to enjoy and hence ended up being third in this list. The Millenium Park is a 25-acre lavish green park holding the city’s weekend tempo with its immensely aesthetic contemporary installations and sculptures. Cloud Gate, being a part of this park, is a spectacular attraction because of its picturesque mirror-imaged skin.

Another charm of the city is John Hancock Observatory as the 1000ft. Iconic structure gives a mesmerizing view of the infamous Lake Michigan. Crown fountain is the real show stopper among these tourist attractions as the glass and granite fountain projects the images of people while pouring water. The city has amazing locations being highly accessible because of its universal design.

A complete destination for tourists as it lands them to unique towns surrounded by vineyards, exquisite bays, and undiscovered islands. The city which gave birth to Boeing, Starbucks, and Microsoft Corporation proves that a place filled with modern art museums, valleys, and nature-infused sceneries can also be home to conglomerate giants.

The largest producer of apples, pears, red raspberries, spearmint oil, and sweet cherries has the area flourished with weekend outdoor activities such as skiing, rafting, golf, fishing in its town called as Ellensburg.

The party place has a lot of hype since it developed. Hawaii’s 9th island is drenched into sparkling clubs and neon bars and hence is known as the brightest place on the earth when looked from outer space. The city situated into the desert gives helicopter ride to tourists for an amazing aerial desert safari.

Summers can melt you here, and hence it has European themed hotels such as Paris Hotel the Eiffel Tower and Venetian Hotel and Gondola rides. Bellagio resort is known for its fountain show and also appeared in many movies. After you witness the winsome fabrication of water, Vegas also has a volcano show in The Mirage Hotel. The hotel includes some bewitching places like the Secret Garden, Dolphin Habitat, and a variety of white lions.

The jewel of Northern California has Golden Gate Bridge, Alcatraz Island and Fisherman’s Wharf and many such spellbinding attractions. The beautiful city has a vintage attraction too, which has Cable cars that are tram-like vehicles. The ride will fill your soul with nostalgia, and you’ll travel to a historical monument.

To look at San Francisco from a lofty place, Twin Peaks will give you a whole lot of entertainment over the peak of the city. It has two different views. One, at the time of glooming sun and another, under the moon. The visitors need to trek to reach the peaks to view beautiful scenarios like Bay Bridge and Downtown skyscrapers. 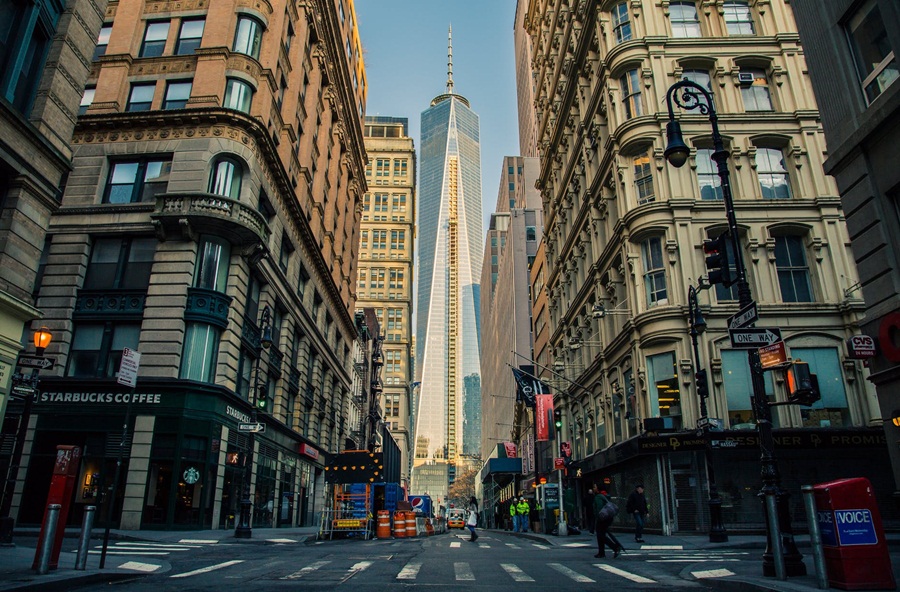 The beautiful city is home to two beautiful world records 1. Longest continuous bridge in the world (The Lake Pontchartrain Causeway) and 2. Largest enclosed arena in the world (The New Orleans Superdome).  Nightlife is one of the best experiences in the music clubs in Bourbon Street or the Chalmette Battlefield and the National WWII Museum strolling around the winsome art of historians.

The Garden District has enormous antique stores in the magazine street, which attracts a lot of shopping and culture connoisseurs. Ever seen a swamp, plantation, or a cemetery tour, well, this place has these and a lot other weirdly astonishing places to encounter. 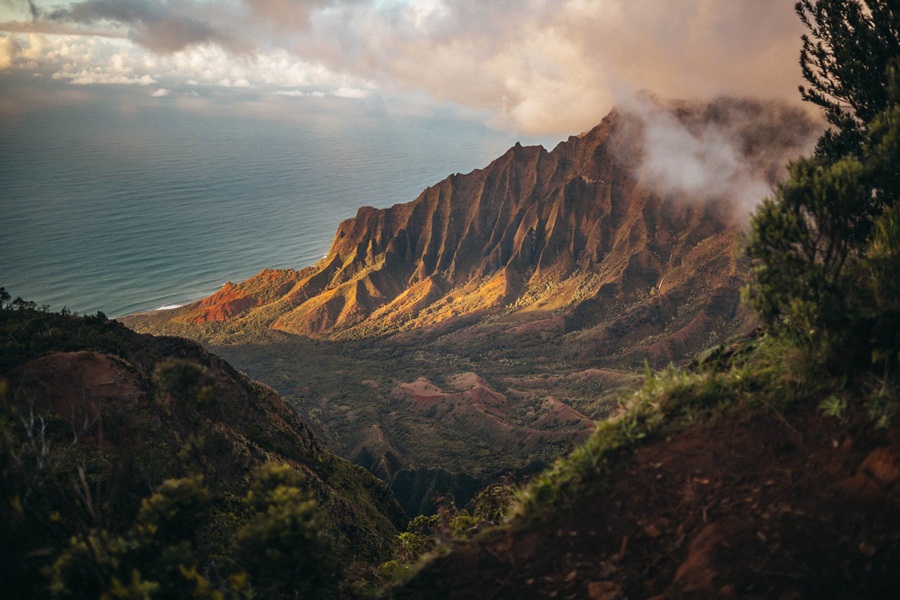 The only coffee-producing state of America has a huge variety of tourist attractions. It has enormous stunning beaches, and Oahu is one of them, the third-largest beach in Hawaii, having world-class spas, adventure parks, dining, and shopping.

Another attraction is Waikiki Beach, which entails The Royal Hawaiian Hotel, Diamond Head walk, and Honolulu skyline for advocates of adventure sports. If you get bored with beaches, Rainbow falls in Hilo town will soothe your wander soul, and the underwater marine sanctuary is amazing balls. With the breathtaking snorkeling and kayaking activities, you can make your perfect family holiday in Hawaii.

The city got the best geological activities in America, such as hiking trails, jeep tours, and red rock park tours. But on top of that, there is more to know about the province as it has a unique cultural history depicted into the Palatki Heritage Site, Tlaquepaque Arts & Crafts Village, and many such art galleries.

Sedona also has a spiritual chunk in itself, which reflects through its spas with stupendous massages and salt scrubs. It also has geological museums, Rim Trails, Hermit Road Drive and Desert View Drive for hardcore hikers and culture admirers. 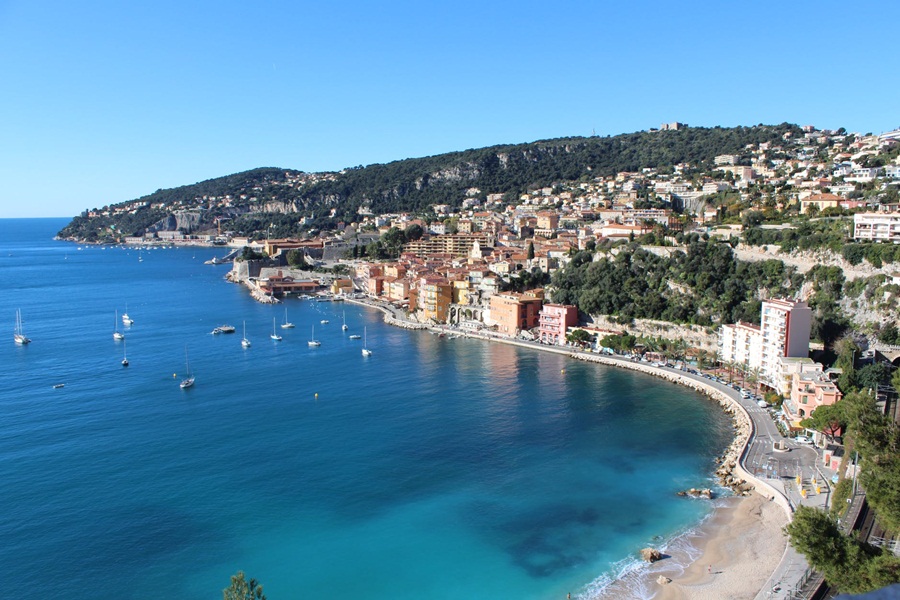 A place with so many destinations to witness, one can carry a backpack for a few days to enjoy every part of the province. St. Petersburg has incredible beaches as well as waterfront parks and Miami with gigantic and luminous night clubs, chic-trendy restaurants and fashionable dance clubs will drive out the craziness in you.

If you are not a bachelor or don’t want to visit such fancy chaotic places, Orlando-Walt Disney World is a perfect place to drop your tour plan with fortified restaurant scenes and nightlife that follows the attractive Disney theme. The fern capital has the largest amount of golf courses in America and also is home to the World Golf Hall of Fame. 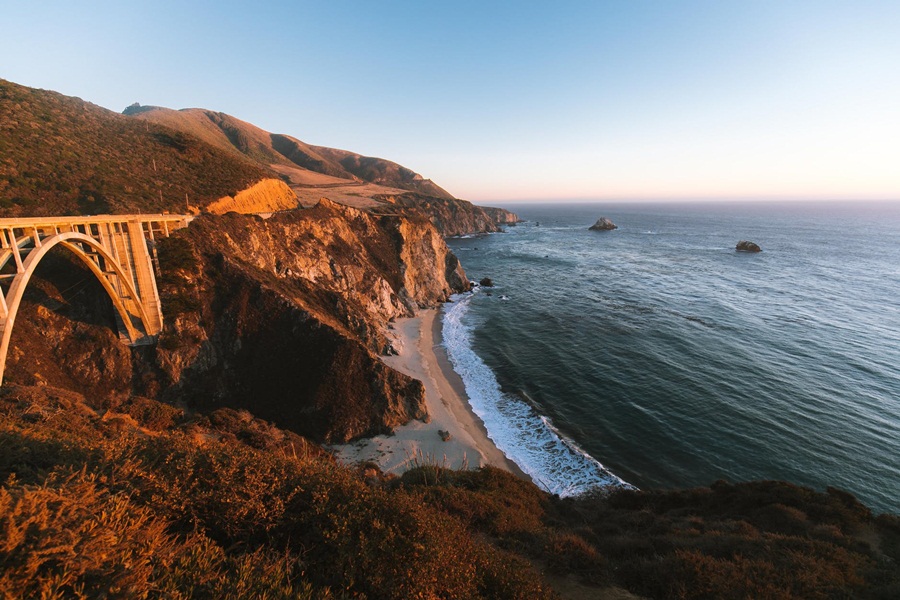 The province gives you a planet full of love for nature aficionados. Plug into the nirvana of mother earth through witnessing St. Lucia Mountain Range, Manuel Peak at Pfeiffer Big Sur State Park, Sand Dollar Beach, and many more.

Big Sur is drenched into graceful waterfalls like McWay Falls at Julia Burns State Park, prodigious treks such as Garrapata State Park, and Andrew Molera State Park and witness one of the most startling sunsets at the Central Coast. The place also has some undiscovered natural fountains which are powered by winters with few good spots of rain hence being the most appropriate location for touting it to be a bucket-list-worthy destination.

America has a lot more than this, but these are the most prominent places to tour over various needs of travelers. The country is a no-brainer, the cultural force of entertainment, and the modern era. Entailing 50 states, the country has some of the most winsome natural landscapes and cityscapes. 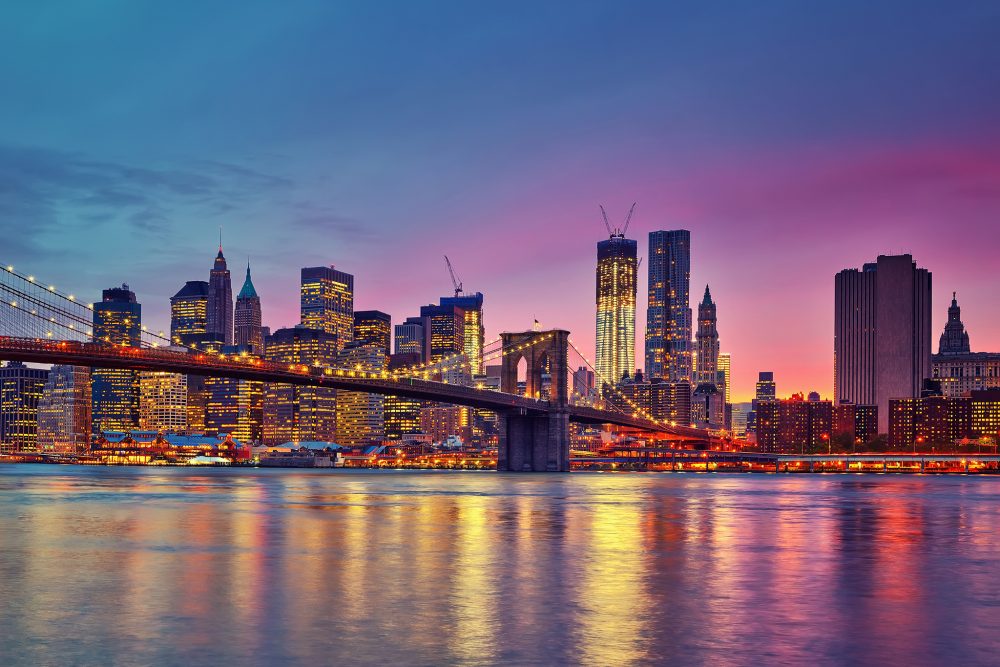