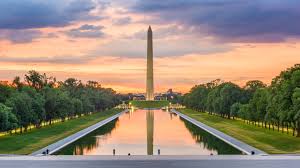 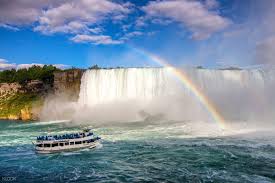 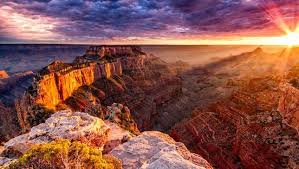 Women’s Special America Tour (Ahmedabad to Ahmedabad) guests will report at Sardar Vallabhbhai Patel International Airport-respective airline terminal, four hours prior to the scheduled flight departure time. After collecting the snacks hamper from Airport Representative and completing check in formalities, guests along with Tour Manager will travel to New York – known as The Big Apple. Joining & Leaving (J&L) Tour guests will directly join at New York Airport as per the scheduled group flight arrival time. J&L Tour guests who have already reached America can meet the scheduled group as per the guidelines given by Tour Manager. Upon arrival, Tour Manager will guide all Women’s Special America Tour guests for airport formalities and proceed to the New York City. In the evening, all World Tour guests will have a short Meet & Greet session.

Today we take a ferry ride to Liberty Island and visit the Statue of Liberty – a colossal neoclassical sculpture on Liberty Island in New York Harbour. This copper statue was a gift of friendship from the people of France to the people of the United States. It is recognized as a universal symbol of freedom and democracy. This statue was designed by French sculptor Frédéric Bartholdi and its metal framework by Gustave Eiffel. Later we explore New York City, we visit the Observatory deck of Freedom Tower/ One World Trade Center - the tallest skyscraper in the Western Hemisphere that gives panoramic views of New York City. Later we see 9/11 Memorial – a national tribute to people killed in 9/11 attack. Later we see, Charging Bull – Symbol of the American Stock Market. Wall Street - an eight-block-long street with banks and securities traders that drive the American financial system, Brooklyn Bridge – a suspension bridge on East River connecting Manhattan and Brooklyn in New York, 5th Avenue – High-end luxury shopping street, Manhattan Bridge, Trump Tower, United Nations Headquarters and Rockefeller centre. In the evening, we take a stroll around Times Square – A Major commercial intersection, tourist destination and a hub of Broadway theatres in the Midtown Manhattan known for its big, bright, unforgettable arena with flashing neon lights and giant digital billboards.

Today we proceed to Washington DC - The Capital city of world’s No. 1 Superpower nation. Enroute we visit Philadelphia city, we see Philadelphia City Hall, Independence Hall and Liberty Bell building. In the evening, we drive on the famous Benjamin Franklin Parkway – a scenic boulevard known as Champs-Élysées of Philadelphia. It also has an international flavour by being lined with flags of countries from around the world. It’s fun to spot our Indian national flag. Upon arrival at Washington DC, we see Lincoln Memorial – built to honour the 16th president of the United States, Abraham Lincoln. It is also an important symbol of the American Civil Rights Movement and Martin Luther King Jr’s famous speech ‘I have a Dream’. Later we explore Washington DC, we see The Obelisk – Washington Monument, Capitol Hill, Pentagon Building and take a photo stop at the White House – official residence of the president of the United States of America.

Today we proceed to Niagara Falls – Natural Wonder of the World and a dream of every person on the Earth to visit it. En-route we visit Hershey’s Chocolate World – One of the largest manufactures of chocolate in the world. Enjoy a Hershey’s Chocolate Tour and buy famous Hershey’s Kisses and other popular chocolates.

Today we explore famous Niagara Falls, we enjoy an exclusive Helicopter Ride – fly high above Niagara Falls and get a unique and spectacular experience, offering breath-taking views of the Horseshoe waterfalls – Canadian Side of Niagara Falls and the mighty Niagara River. We then visit the Goat Island and get really close to the falls by visiting Cave of the Winds – a natural cave behind Bridal Veil Falls at the Niagara Falls. Later, we enjoy 'Maid of the Mist' boat ride and get an opportunity to see the three falls – Horseshoe Falls, American Falls and Bridal Veil Falls. In the afternoon, we visit the architectural wonder – Prospect Point Observation Tower to get an unobstructed panoramic view of the Niagara Falls. In the evening witness the illumination where Niagara Falls is transformed into an incredible, multi-coloured water and light masterpiece.

Today we travel to Chicago by flight. Chicago is the largest metropolitan area of United States and birth place of skyscrapers, is also an International hub for Finance, Culture, Commerce and Education. Upon arrival, we enjoy Chicago Architecture boat tour. Later we explore Chicago city, we see Swami Vivekananda way – street named to commemorate Swami Vivekanand after their speech at Parliament of the World's Religions, Buckingham fountain – a famous landmark in the centre of Grant Park which is also one of largest fountain in world, Cloud Gate (The bean) – a public sculpture by Indian born British artist Sir Anish Kapoor resembles as liquid mercury drop and Michigan Avenue – most important street in Chicago city lined with Art Institute of Chicago, Millennium Park and various Shopping outlets as well as boutiques. In the evening, we take a stroll around Lake Michigan water front – one of the five great lakes of United States.

Today we travel to Las Vegas by flight. Las Vegas is a resort city in Nevada’s Mojave Desert famed for its vibrant nightlife, glamorous casinos and infinite entertainment options. In the evening we visit an unforgettable attraction on Las Vegas Strip, ‘The High roller’ – a 550-foot tall, 520-foot diameter giant Ferris wheel which holds the record of being world's tallest Ferris wheel. We board on High Roller and enjoy panoramic view of glittering Las Vegas City.

Today we have a full day excursion to the Spectacular Grand Canyon – one of the seven natural wonders of the world. The Grand Canyon is a deep valley, natural gorge carved by the flowing force of the Colorado River millions of years ago. A small flight will give us a bird’s eye view of the Grand Canyon and Colorado River and leave us with wonderful, unforgettable memories of this majestic creation of nature. In the afternoon we visit Hoover Dam – a concrete arch-gravity dam in the Black Canyon of the Colorado River, on the border between the U.S. states of Nevada and Arizona. In the evening, we visit the famous hotel on Las Vegas Strip – The Venetian. Later we enjoy V Show – The Ultimate Variety Show, rated one the best family shows in Las Vegas featuring a wide variety of acts.

Today we rejuvenate ourselves at the Universal Studios - one of the oldest and most famous Hollywood studios still in use and known as the ‘Entertainment Capital of Los Angeles’. Here we enjoy tram tour, 3D rides such as The Transformers, Revenge of the Mummy, Jurassic Park – Rapids Adventure, The Simpsons Ride and explore The Wizarding world of Harry Potter. Later we see the Special effect show and the action packed Water World show.

Today we visit Petersen Car Museum – one of the world’s largest automotive museum displaying over 100 unique vehicles in 25 galleries. Later we proceed to San Francisco - largest city on west coast of USA and spanning over more than 50 hills. En route we see Santa Barbara Beach – one of the most pristine beaches in California. Upon arrival we take a photo stop at Googleplex – Corporate headquarter of Google and Apple Park - corporate headquarters of Apple. Later we have free time for shopping at Great Mall.

Today we explore the San Francisco City, we see the Lombard Street – known as crookedest street in the world with its steep inclined and eight sharp hairpin turns, followed by City Hall (Civic Centre), Palace of Fine Arts, Sausalito City, Golden Gate Park, Twin Peaks, Fisherman’s Wharf and Golden Gate Bridge – a beautiful suspension bridge on San Francisco bay listed as One of the seven wonders of the modern world. Later we take the Golden Gate Bay Cruise which takes us through San Francisco’s breath-taking waterfront. Queens, get ready to add more fun to your tour. Enjoy Dinner & Dance Party in the evening!

It’s time now to say goodbye! Women’s Special America Tour (Ahmedabad to Ahmedabad) guests will proceed to San Francisco Airport as per the scheduled group flight departure time. After completing airport formalities, Women’s Special America Tour guests will travel back to Ahmedabad with Tour Manager. Joining & Leaving (J&L) Tour guests can be dropped at San Francisco Airport along with scheduled group or they can have their own arrangements made for the return journey back home. Women’s Special America Tour concludes with mixed feelings! Happy to have made so many good friends, visited beautiful places and collected joyful memories to be cherished for a lifetime. We leave with a heavy heart as the golden days of the Tour come to an end. Let’s stay in touch with each other through email, phone, WhatsApp, Facebook, Instagram and meet again on more such wonderful tours. wishes all Women's Special Tour guests a very happy, healthy and wonderful life ahead. 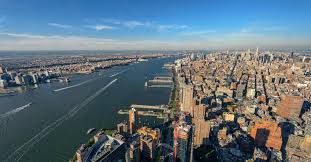 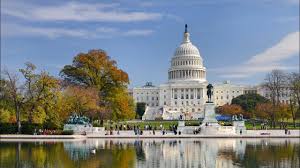 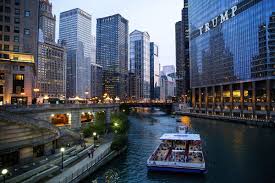 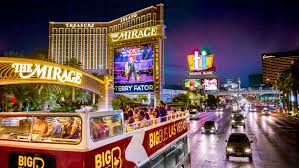 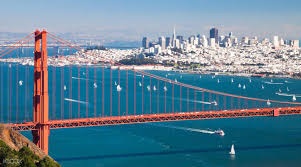