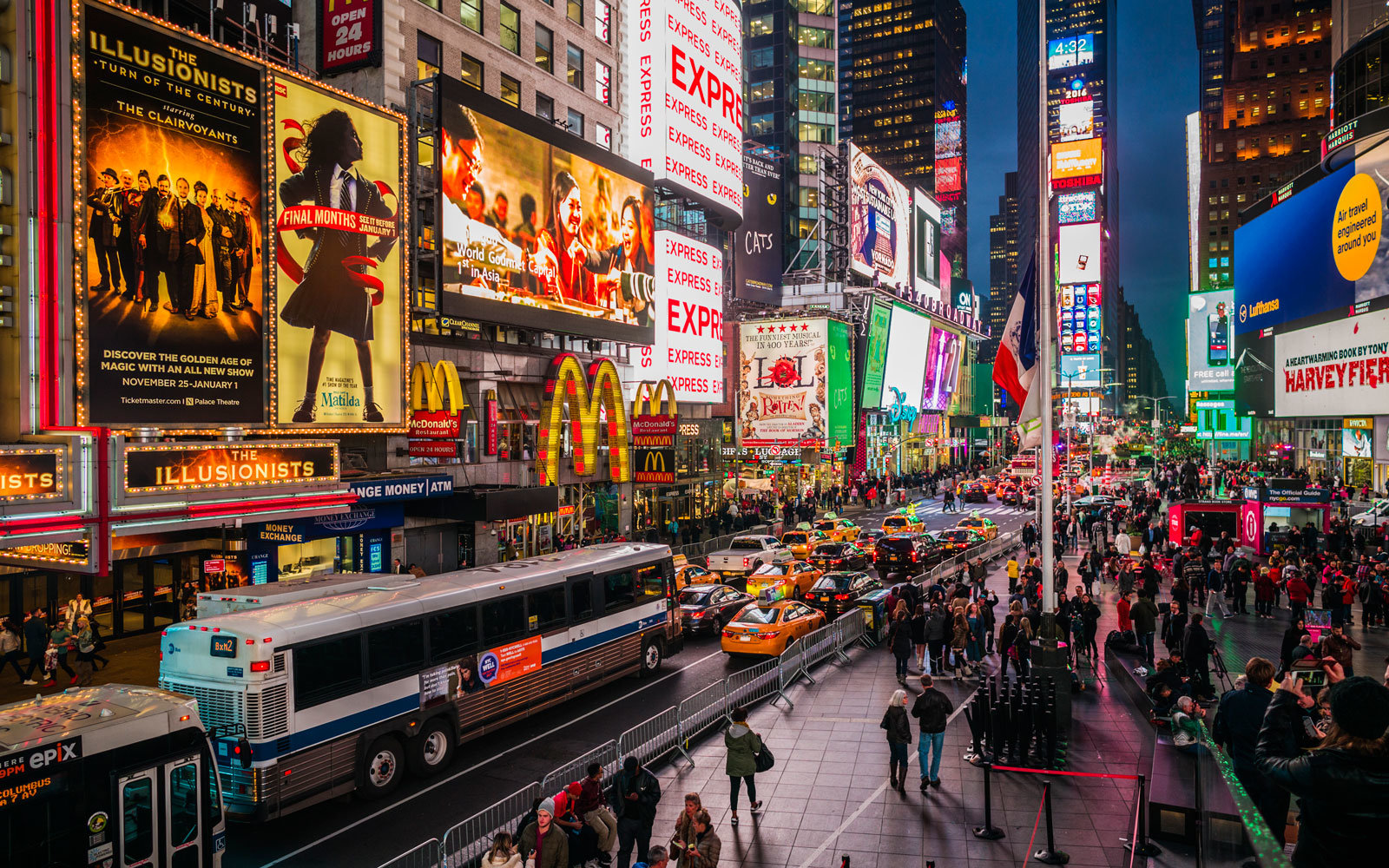 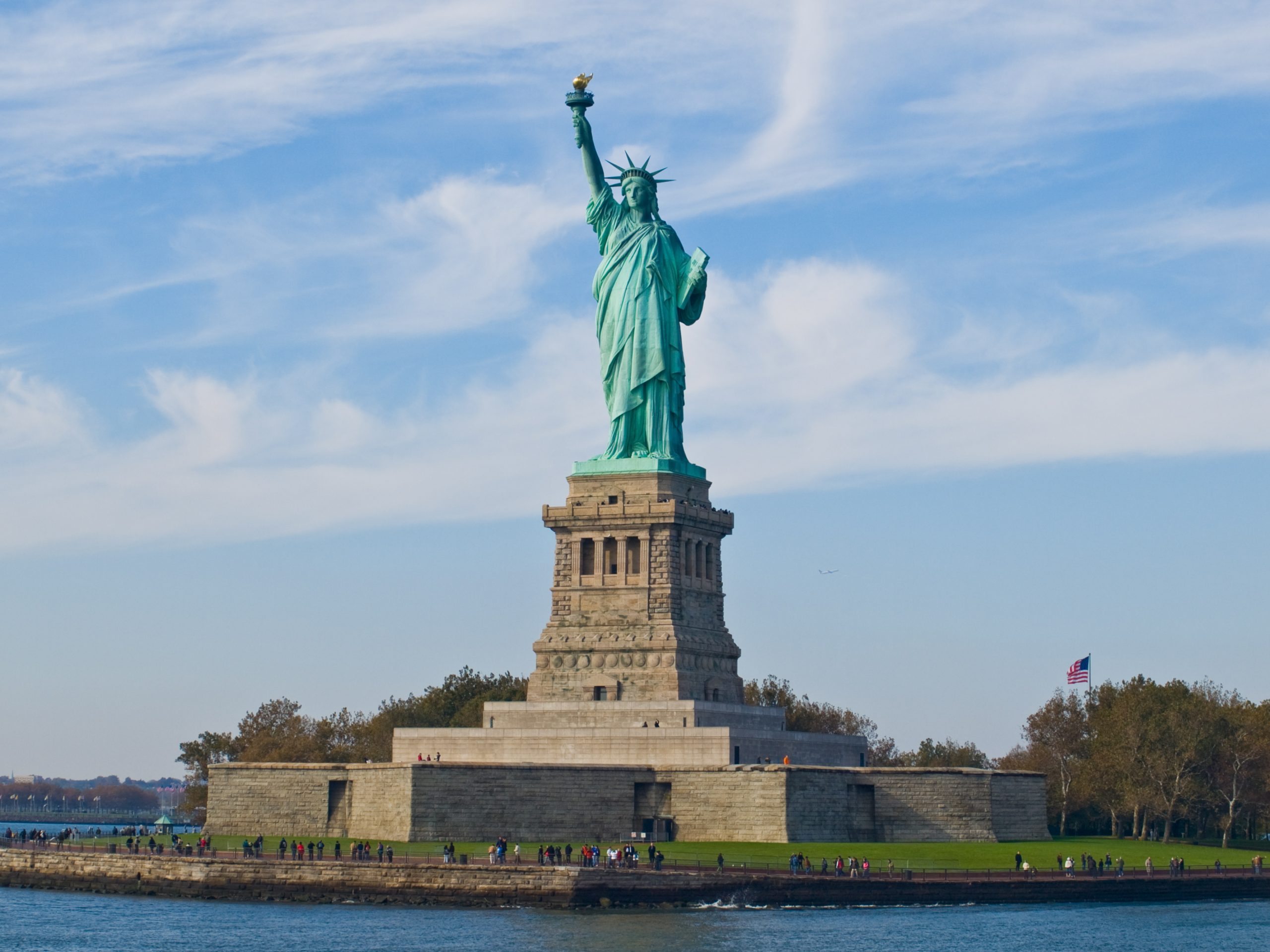 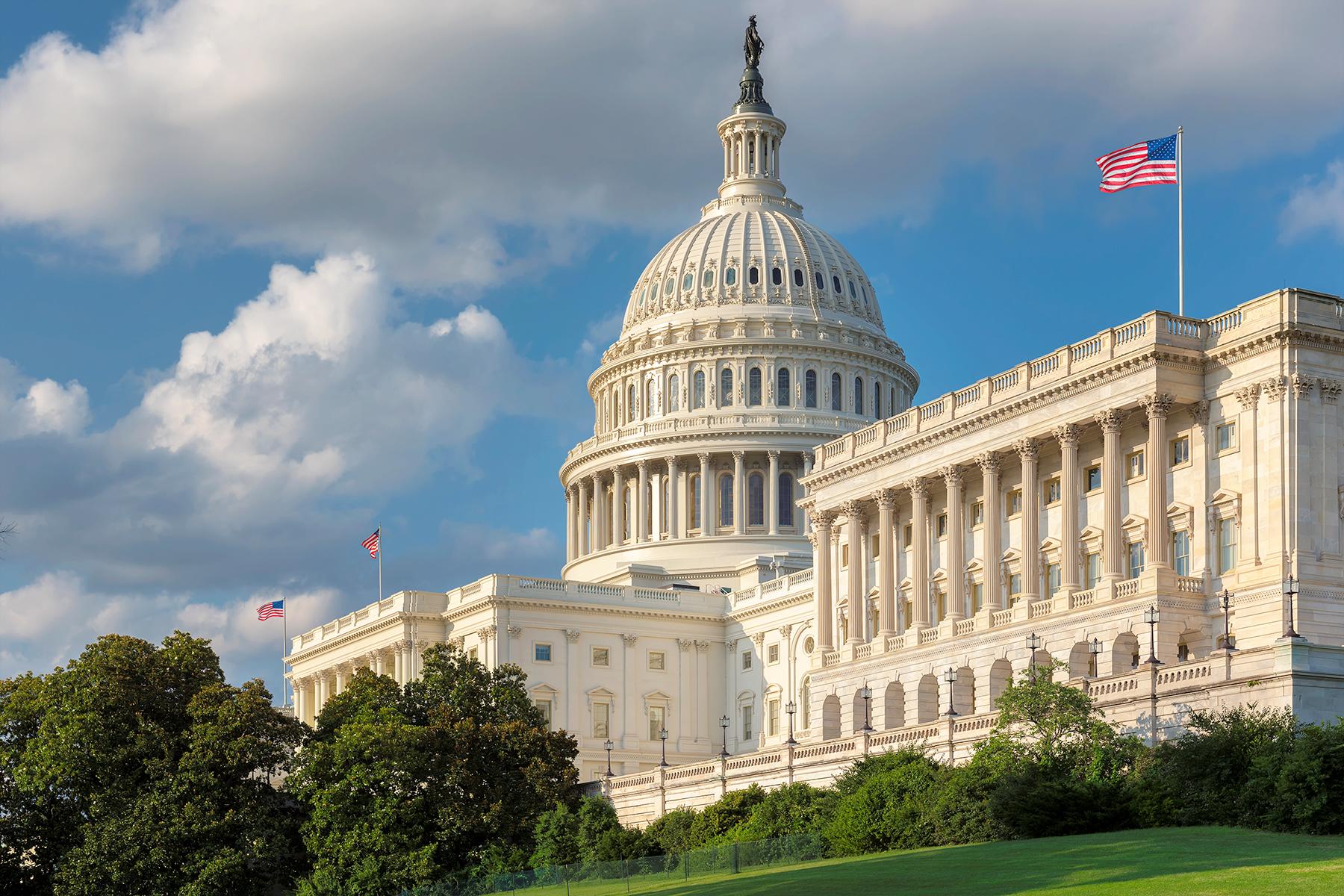 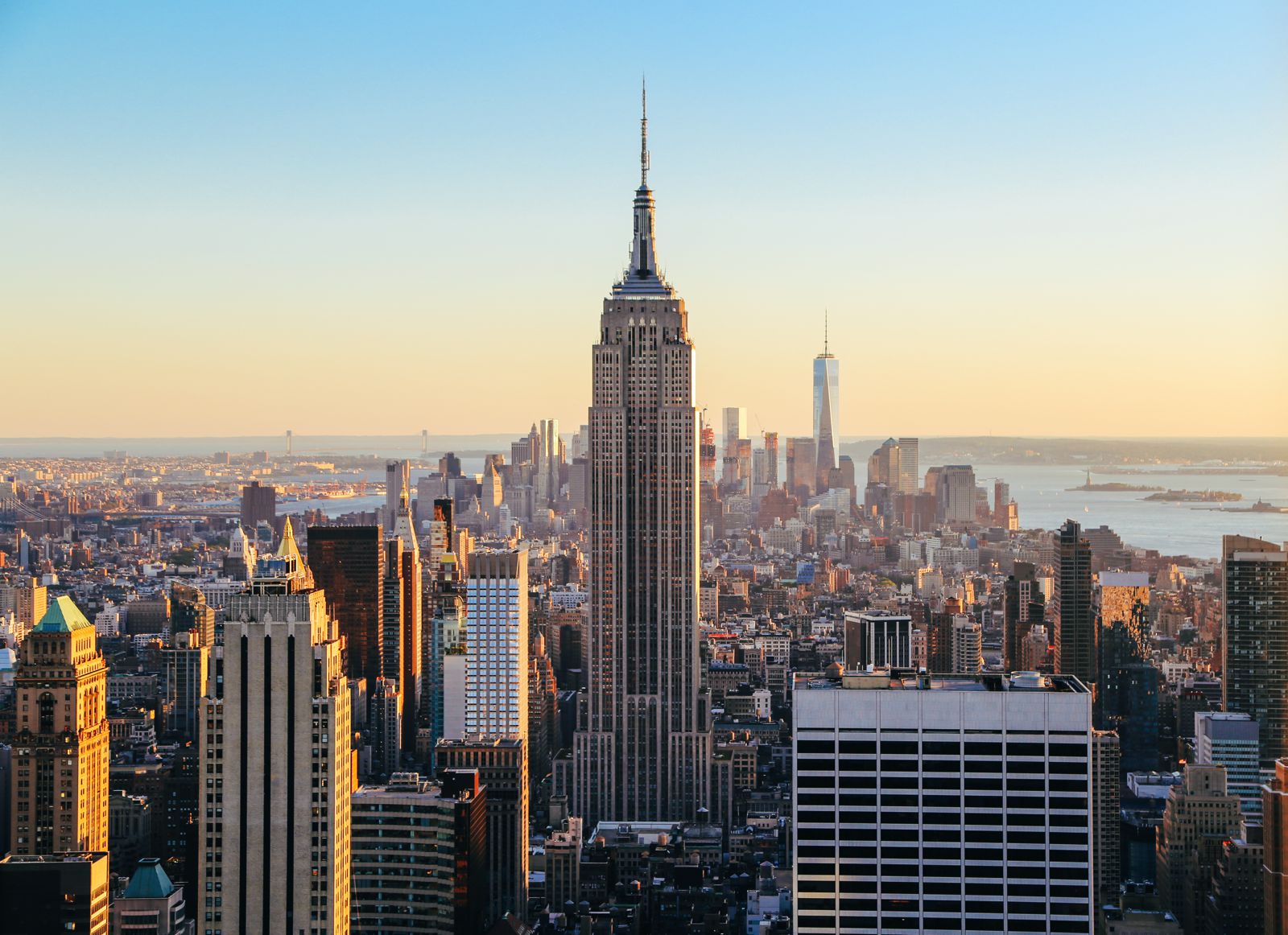 USA Canada East Coast Tour (Ahmedabad to Ahmedabad) guests will report at Sardar Vallabhbhai Patel International Airport-respective airline terminal, four hours prior to the scheduled flight departure time. After collecting the snacks hamper from Airport Representative and completing check in formalities, guests along with Tour Manager will travel to Chicago – a multicultural city among the largest cities in the U.S. situated on Lake Michigan in Illinois, famed for its bold architecture, Art Deco, Neo-Classical, Gothic Towers and tallest modern-day skyscrapers. Joining & Leaving (J&L) Tour guests will directly join at Chicago Airport as per the scheduled group flight arrival time. J&L Tour guests who have already reached USA can meet the scheduled group as per the guidelines given by Tour Manager. Upon arrival, Tour Manager will guide all USA Canada East Coast Tour guests for airport formalities and we proceed to city. In the afternoon, we visit Lake Michigan Waterfront and enjoy Chicago Architecture Boat Tour – a unique and breath-taking way to explore Chicago and discover hidden architectural gems among the city’s renowned landmarks, while cruising along the Chicago River. Later we explore Chicago City, We pass by Swami Vivekanand Way and Michigan Avenue – is a north-South street in Chicago followed by a visit to Buckingham Fountain – a stunning sculptural fountain in Grant Park is one of the largest fountains in the world, the design of the fountain is based on the 'Bassin de Latone' at the Versailles Palace. We then visit Cloud Gate also known as The Bean – a large public sculpture that was unveiled at the opening of Millennium Park in 2004 sculptured by Indian-born British artist Sir Anish Kapoor. In the evening, all Tour guests will have a short Meet & Greet session.

Today we proceed to Detroit – historic heart of the American automotive industry and nicknamed as Motor City of United states. Upon arrival, we visit Ford Rouge Factory. Here we enjoy guided tour to get an inside look at making of America’s most iconic Car Brand. Later we explore Henry Ford Museum – large history museum complex and a National Historic Landmark. The museum collection contains the presidential limousine of John F. Kennedy, Abraham Lincoln's chair from Ford's Theatre, Thomas Edison's laboratory, the Wright Brothers' bicycle shop, the Rosa Parks bus, and many other historical exhibits.

Today we proceed to Niagara Falls - Natural Wonder of the World and a dream of every person on the Earth to visit it. En route we explore Toronto City - a multicultural city and the capital of Ontario also famous as Canada’s financial and commercial centre. Here we see, we see CN Tower - defining the Toronto skyline at 553.33m and Canada’s most recognizable and celebrated icon, Ethnic Neighbourhoods – embracing Chinatown, Greektown, Little Italy, Little India, Koreatown, Portugal Village etc., the University of Toronto - amongst the world's most prestigious universities and Legislature Building.

Get up close and personal with Canada’s most memorable experience! Today, we enjoy 'Horn blower' boat ride and get an opportunity to see the three falls – Canadian Horseshoe Falls, American Falls and Bridal Veil Falls (Subject to Operation) to view the Niagara Falls. Afterwards we experience the Journey behind the Falls that offers an unique view of the Falls from below and behind. Descend 150 ft. by elevator, where a short tunnel gives access to two outdoor observation decks and two portals located directly behind the Falls. Later, visit the Skylon Tower – an observation tower, 775 ft. above Niagara Falls gorge that overlooks both the American Falls, New York, the larger Horseshoe Falls, and Ontario from the Canadian side of the Niagara River. In the evening witness the illumination where Niagara Falls is transformed into an incredible, multi-coloured water and light masterpiece.

Today we proceed to Montreal - a big, busy, exhilarating city. En route we will enjoy 1000 Island Cruise at Kingston – a premiere sightseeing cruise is a perfect way to explore the scenery that has made the region famous throughout the world. Upon arrival, we explore the Ottawa city and see Notre Dame - a Roman Catholic minor basilica which was designated as a National Historic Site of Canada in 1990, Centennial Flame - commemorates Canada's 100th anniversary as a Confederation is a major feature on the Parliament Hill grounds, the Parliament Building - is the home of the Parliament of Canada and has architectural elements of national symbolic importance, Embassy District, the Rideau Canal – is the world's largest skating rink and a UNESCO World Heritage Site and Peace Tower Monument.

Today we have full day excursion to Quebec City – situated on banks of St. Lawrence River and known for its classical architecture and a distinctive European culture. Upon arrival we explore Quebec city, we see the Parliament Buildings, the Citadel - also known as La Citadelle, is an active military installation and the secondary official residence of both the Canadian monarch and the Governor General of Canada, Chateau Frontenac, The Plains of Abraham - was created in 1908 to mark the 300th anniversary of the founding of Québec, Place d'Armes and the Upper and Lower Towns - a UNESCO World Heritage Site. Later we take Furnicular to visit the Old Town. In the afternoon, we visit the maple farm factory.

Today we explore Montreal City, we see Notre-Dame de Québec Basilica-Cathedral - oldest church in Canada, Saint Joseph's Oratory of Mount Royal – a Roman Catholic minor basilica and national shrine of Canada. Later we visit Montreal Olympic stadium, followed by visit to Montreal Botanical Garden – one of most important garden in the world sprawling over 190 acres land and comprised of The Chinese Garden. The Japanese Garden, The First Nations Garden and The Alpine Garden. In the afternoon we proceed to Boston – Capital of the Commonwealth of Massachusetts and site for many important Historical events in American Revolution. En route we pass by North Beach Park of Burlington.

Today we explore Boston city, we enjoy guided tour of world famous Harvard University, followed by visit to Harvard campus museum – which features huge collection of Historical Scientific Instruments. Later we take a photo stop at backdrop of Iconic Massachusetts Institute of Technology (MIT). In the afternoon, we enjoy a walking tour along the freedom Trail - a 2.5-mile-long path through downtown Boston that passes by 16 locations significant to the history of the United States, Beacon Hill – known as one of Boston’s most picturesque areas, is a hill with steep streets lined with Federal-style and Victorian brick row houses lit by antique lanterns and Griffin’s Warf – place well known for historical event of Boston Tea Party.

Today we proceed New York - the most loved city as well as major commercial, financial and cultural centre of the world, also known as Big Apple. En route we drive past Rhode Island – smallest state in US known for its sandy shores and seaside colonial town. Upon arrival we visit Central Park - a welcome oasis in this hectic city, a largest and most visited park in United States that boasts several lakes, theatres, fountains and many more facilities. We then pass by 5th Avenue – High-end luxury shopping street.

Today we take a ferry ride to Liberty Island and visit the Statue of Liberty – a colossal neoclassical sculpture on Liberty Island in New York Harbour. This copper statue was a gift of friendship from the people of France to the people of the United States. It is recognized as a universal symbol of freedom and democracy. This statue was designed by French sculptor Frédéric Bartholdi and its metal framework by Gustave Eiffel. In the evening, we take a stroll around Times Square – A Major commercial intersection, tourist destination and a hub of Broadway theatres in the Midtown Manhattan known for its big, bright, unforgettable arena with flashing neon lights and giant digital billboards. 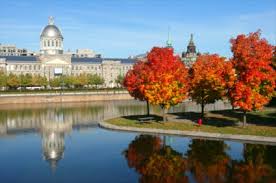 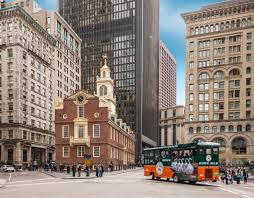 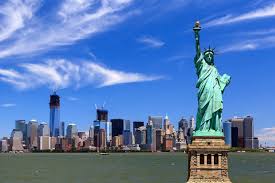