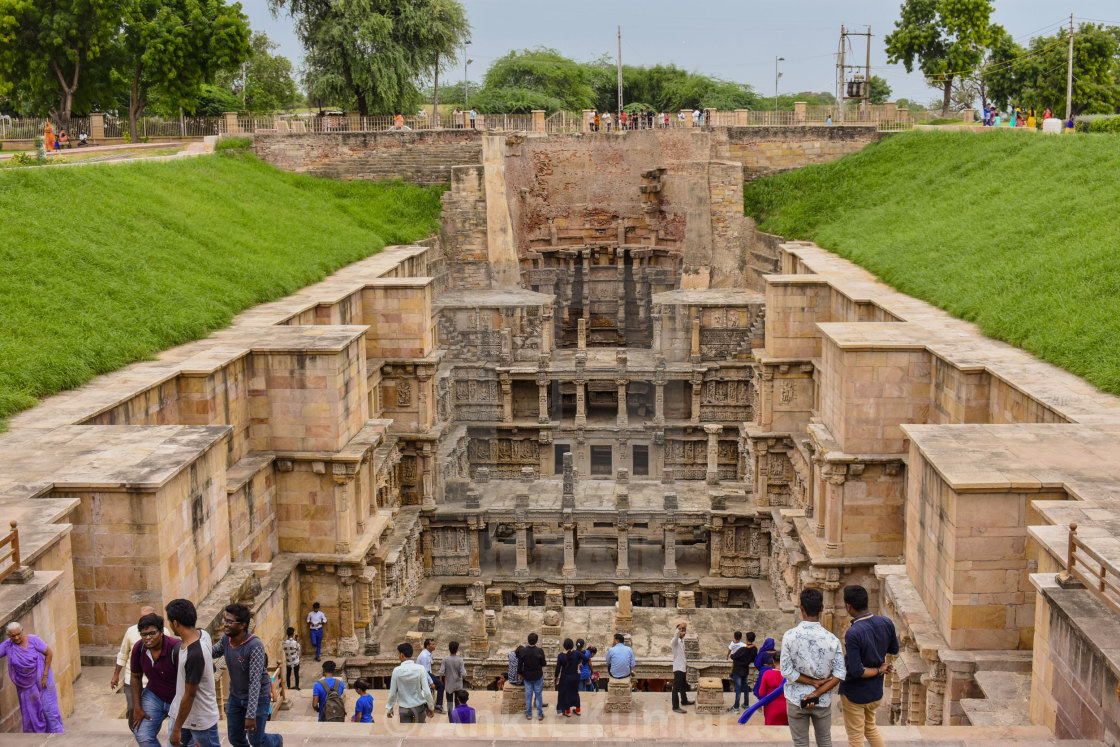 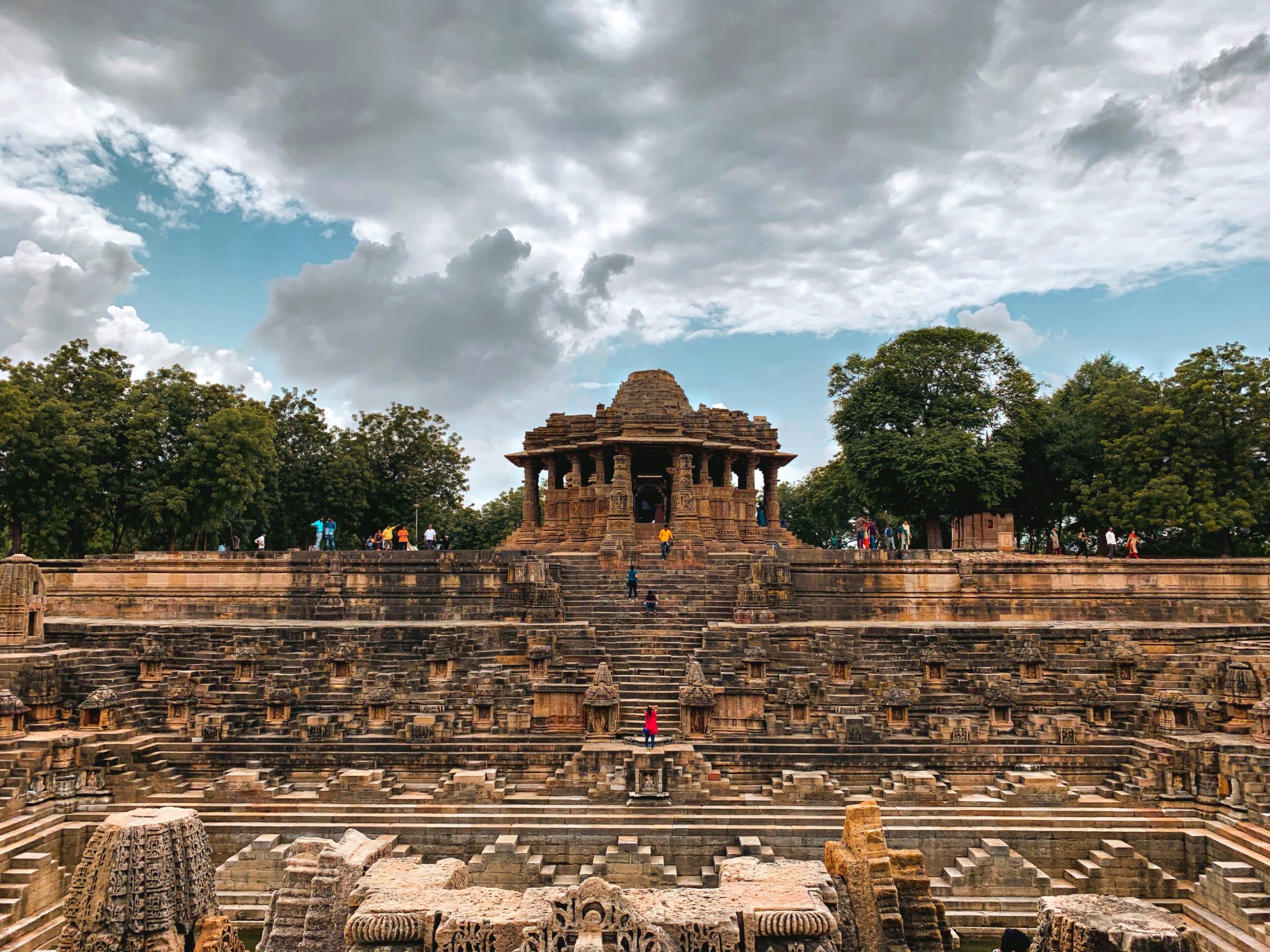 Morning after breakfast drive to modhera is northwest from Ahmedabad, it is famous for its spectacular sun temple, built in the early 11th century by the Solanki dynasty. Solanki rule is to be the golden period of Guajarati architecture, during which several masterpieces were constructed. The sun temple is unique in that it has three separate but integrated elements, all aligned to a central axis:
After visited modhera drive to lunch at patan then after visit patan is much older than modhera, having been founded in 746 AD. Three major hindu clans ruled from here. Prosperity peaked under Solanki rule (10th to 13th century), during which it became a centre of the famous patola weaving. In the 13th century patan fell to invasion by the delhi sultanate and was destroyed. Some monuments have have survived underground structure, with seven storeys, each carved with amazing sculptures of gods and goddesses. As you go lower, it gets cooler and cooler. In patan you can also visit a weaving centre and see the beautiful patola weave with its geometrical intricacy.
Rani ki Vav (‘Queen’s Stepwell’) is a stepwell situated in the town of patan in Gujarat state of india. It is located on the bank of saraswati river. Its construction is attributed to Udaymati, daughter of khengara of saurastra, queen of the 11th- Century chaulukya dynasty and spouse of bhima I. Silted over, it was rediscovered in 1940s and restored in 1980s by the archaeological survey of india. It has been listed as one of UNESCO’s world heritage site since 2014.
Sahastralinga talav is a medieval artificial water tank in patan, Gujarat, india. It was commissioned during chaulukya (Solanki) rule, but now it is empty and in a ruined state. It is a monument of national importance protected by archaeological survey of india.
World famous patola sarees of patan. It takes the combined effort of four weavers anywhere between four to six months, sometimes even more, to weave a single saree. This unique weave, usually made from silk, is a double ikat and combines the techniques of tying, dyeing and weaving. Return back to the hotel for overnight stay.