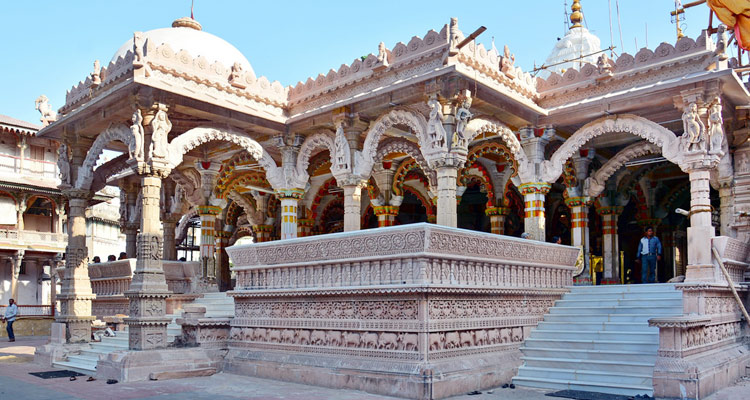 Shree Swaminarayan Mandir Kalupur is the first Temple of the Swaminarayan Sampraday, a Hindu sect. It is located in Kalupur area of Ahmedabad, the largest city in Gujarat, India. It was built on the instructions of Swaminarayan, the founder of the sect.

Shri Swami Narayan Mandir is the first temple Swaminarayan constructed. It was built in Ahmedabad in 1822, and presents images of Nara Narayana, who occupies the principal seat of the temple, and forms of Arjuna and Krishna at the central altar. The left altar has murtis of Radha Krishna. The land for construction of the temple was donated by the East India Company government of the day.The task of constructing it was entrusted by Swaminarayan to Ananandand Swami. The temple is constructed as per scriptural norms with intricate carving in Burma teak and sculptural art depicting deities' episodes, auspicious symbols and religious icons representing axiomatic religion and Indian culture. The temple is believed to be a valuable cultural heritage in the socio-religious history of Gujarat and India.