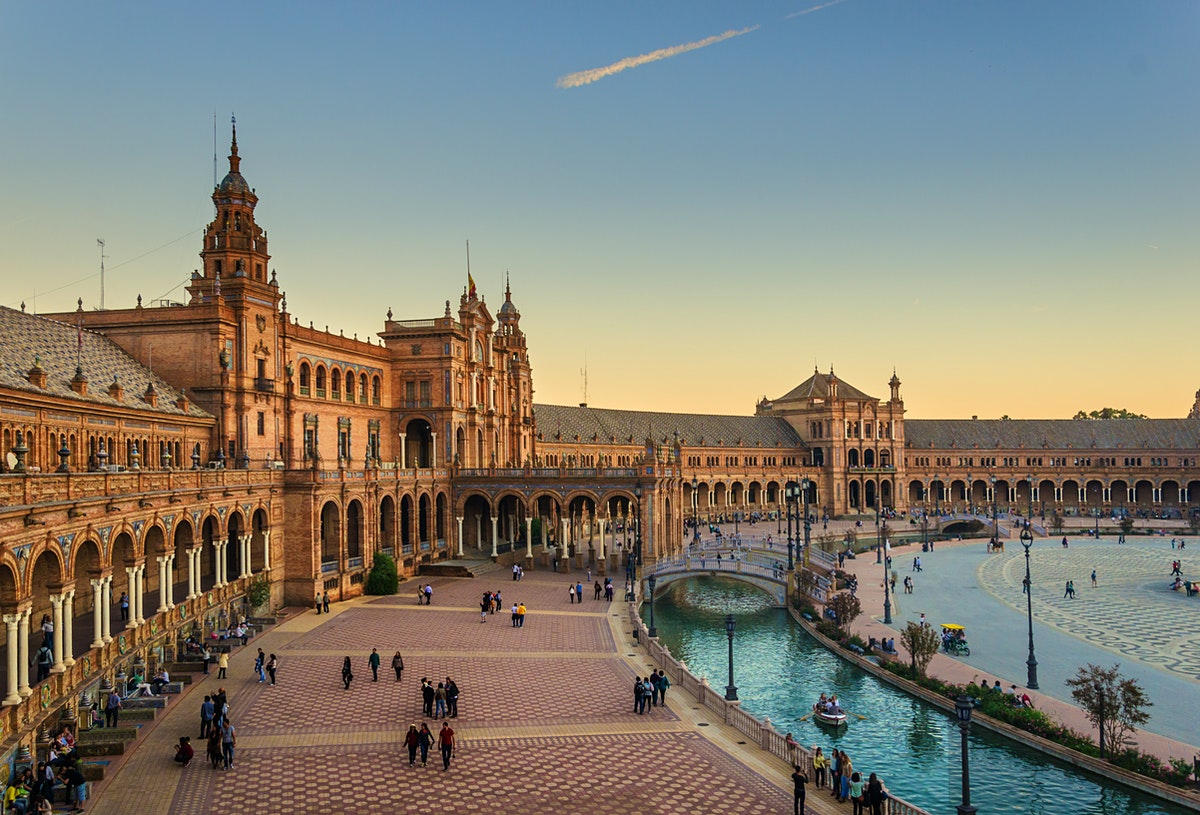 Welcome to Madrid - capital of Spain. On arrival, you will be met by your Tour Manager / Local Representative outside the customs area, who will welcome you and take you to your hotel. Overnight stay in Madrid

Today after Breakfast drive for your Guided city tour of Madrid: Visit the largest bullring of Madrid – Las Ventas Plaza De Torros, see the old town, the city centre, church of San Francisco El Grande, the fountains of Paseo del Prado, Atocha station, and many more historical and modern sites including entrance to Santiago Bernabau – the Real Madrid Football Stadium and entrance to the Royal Palace. Later, spend some free time to shop and explore the city on your own.

Today after Breakfast, drive to Salamanca - an ancient and gorgeous city. On arrival proceed on a guided city tour of Salamanca. Later, visit the Plaza Mayor which is the city’s crowning glory - built by Alberto and Nicolas Churriguera, it is widely thought the most beautiful Plaza Mayor in Spain. Later, enjoy a local dinner with sangria - a traditonal Spanish drink. Overnight in Salamanca.

Today after delicious breakfast, Check out from the hotel and melt into the stream of pilgrims from all over the world as you visit the Sanctuary of our Lady of the Rosary in Fatima - one of the most important shrines of the world dedicated to the Virgin Mary. Later, drive to Lisbon, capital of Portugal, A city set on seven hills, as the legend tells, with its cobble stoned pavements and narrow streets full of Art Nouveau cafes promises a lot to discover. Overnight in Lisbon.

Today, on a guided tour of Lisbon, see the Jeronimos Monastery, Padrao dos Descobrimentos, Praca do Comercio, Rossio Square and Abril Bridge. Enjoy a scenic cruise on the Tagus River. Later visit to Cascais beach that is situated on the beautiful Lisbon coastline. Stroll around the beaches. Overnight in Lisbon

Today after breakfast, drive to Seville. Upon arrival drive for  guided city tour of Seville, see the cathedral, which is the largest and highest cathedral in Spain and where the mortal vestiges Christopher Columbus are kept. See the Giralda, adjacent to the cathedral, a splendid example of Moorish art and now a symbol of Seville. Later visit Plaza de Toros de la Maestranza de Cabelleria de Sevilla - the oldest bullring in Spain. Spend some time to stroll along the busy Santa Cruz quarter. It is impossible to resist the charm of this district with its winding alleys, its picturesque lime washed houses, its delicate hardly visible flowery patios and its small squares. Overnight in Seville

Today after Breakfast, Check out from the Hotel and proceed on a Guided tour of Gibraltar. Visit Europa Point, See the Morrish castle, Upper Rock, the Nature Reserve, Pillars of Hercules, later Visit St. Michael’s Cave ,a network of limestone caves located within the Upper Rock Nature also the cave is one of Gibraltar’s top tourist attractions. Drive to Marbella - one of the best-known resorts on the Costa del Sol. Stroll along its beaches, restaurants & bar for which this place is famous for. Later we drive to Granada

Today after Breakfast, Check out from the hotel and Proceed for Guided City Tour of Granada, visit the Alhambra complex, Spain’s outstanding symbol of Moorish heritage. It is one of the country’s most visited tourist attractions. Walk around the fortress, palace, patios and gardens which are undoubtedly some of the greatest accomplishments of Islamic architecture. There is also time to amble through the magnificent Water gardens of Generalife, the royal summer residence. Later we drive to Valencia. Overnight in Valencia.

Today, on guided tour of Valencia, see the Town Hall, the Bull Ring, the massive Gateway Towers of Serranos and Quart, and the new Arts and Science Complex designed by the famous Valencian architect Calatrava. Also see the imposing La Seo Cathedral. Later, drive to Barcelona, one of the best spots in the Mediterranean. Due to its superb location on the Mediterranean, its vibrant street life, fascinating Gaudi architecture, superb cuisine and its world famous football team, Barcelona has become among one of Europe’s most popular destinations. Later in the evening enjoy the famous Flamenco Show watching a fantastic flamenco performance served with a glass of wine. Overnight in Barcelona

Today, proceed on a half day excursion to Montserrat Mountains where you will visit the Royal Basilica of Montserrat with its 12thcentury carving of the Black Virgin. Later, drive back Barcelona on arrival proceed to guided city tour. Visit the magnificence of the 14th century gothic cathedral, the unfinished glory of Gaudi’s controversial Sagrada Familia. Stroll through the lively Las Ramblas, the city’s most spirited street with its colorful flower stalls and markets to the Christopher Columbus Monument near the waterfront. Also see Plaza de Cataluna, the largest and busiest square in the city centre. Next, we visit FC Barcelona stadium which is the largest in all of Europe. Do not miss this fantastic opportunity to retrace the footsteps of legendary players from past and present on this tour through Barcelona Camp Nou football stadium. Overnight in Barcelona.

Today, we check out and drive to Barcelona airport for your flight back home with Happy Memories. 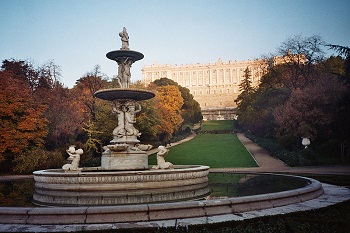 The Royal Palace of Madrid is located in western Madrid, and it is the official residence of the Spanish Royal Family. It is considered the most important Baroque palace in Spain. It is a large structure with abundant artwork. 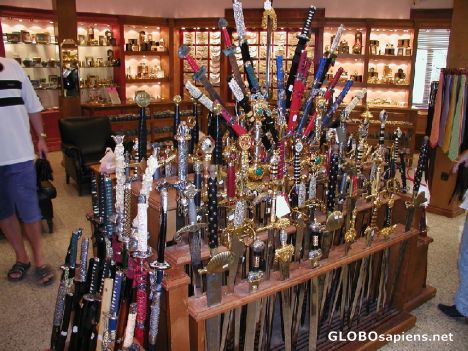 A Toledo sword was a sword produced in Toledo Spain during the 15th to the late 20th century. By using a unique forging method, including both the design and ergonomics, the Toledo sword makers produced a blade, using Toledo steel, that was renowned for its strength, flexibility and durability.

The Plaza Mayor in Salamanca, Spain is a large plaza located in the center of Salamanca, used as a public square. It was built in the traditional Spanish baroque style and is a popular gathering area

Located in Central Portugal, the sanctuary of Our Lady of Fátima has become, throughout the years, the fourth biggest catholic pilgrimage site in the world, due to the apparitions of Virgin Mary to three little shepherds in 1917. 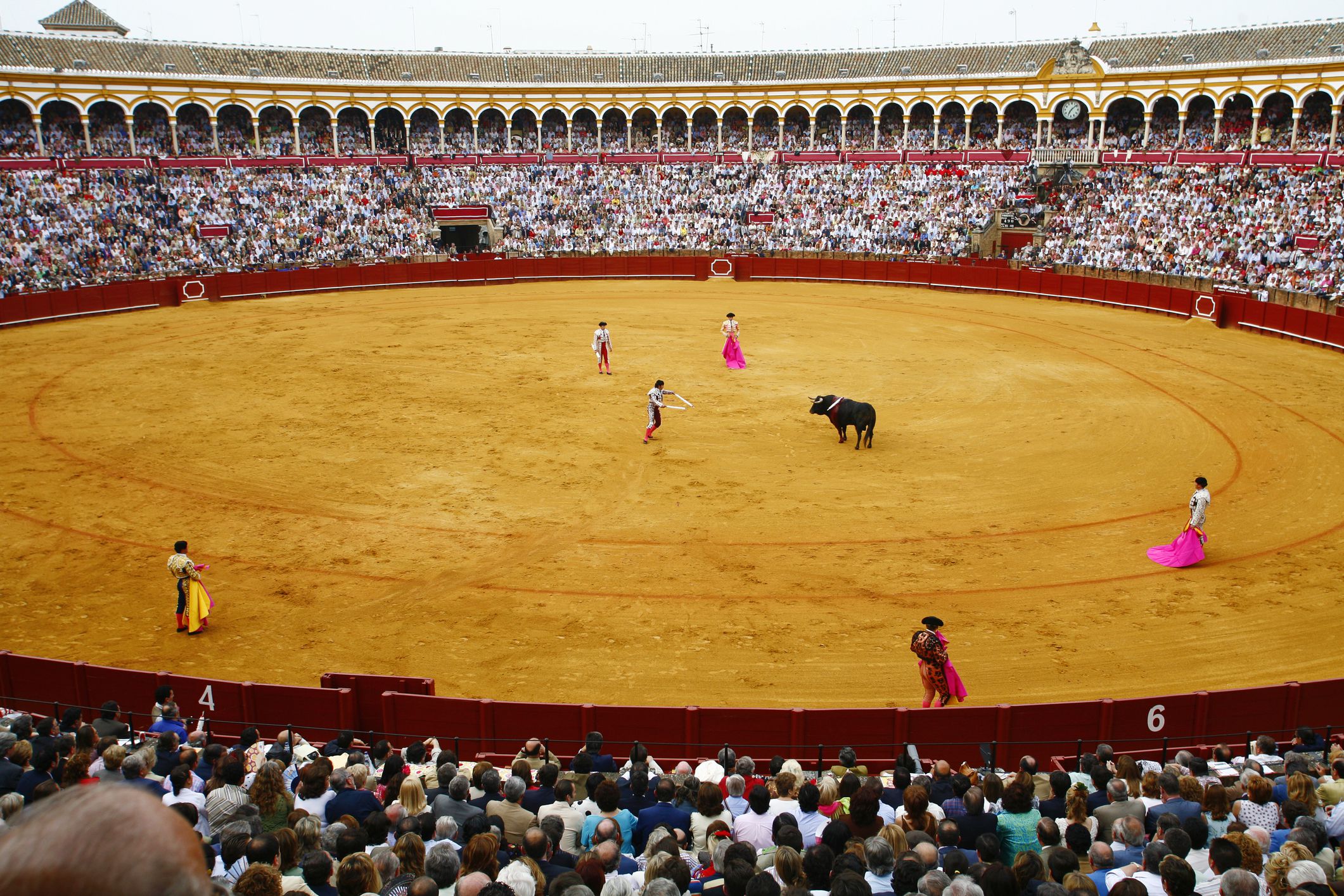 The bullring of the Real Maestranza de Caballería in Seville is the oldest bullring in Spain. It is the venue for the bullfights that take place during the April Fair, one of the most famous bullfighting celebrations in the world. It is considered one of the most popular tourist attractions and is among the most visited monuments in the city. 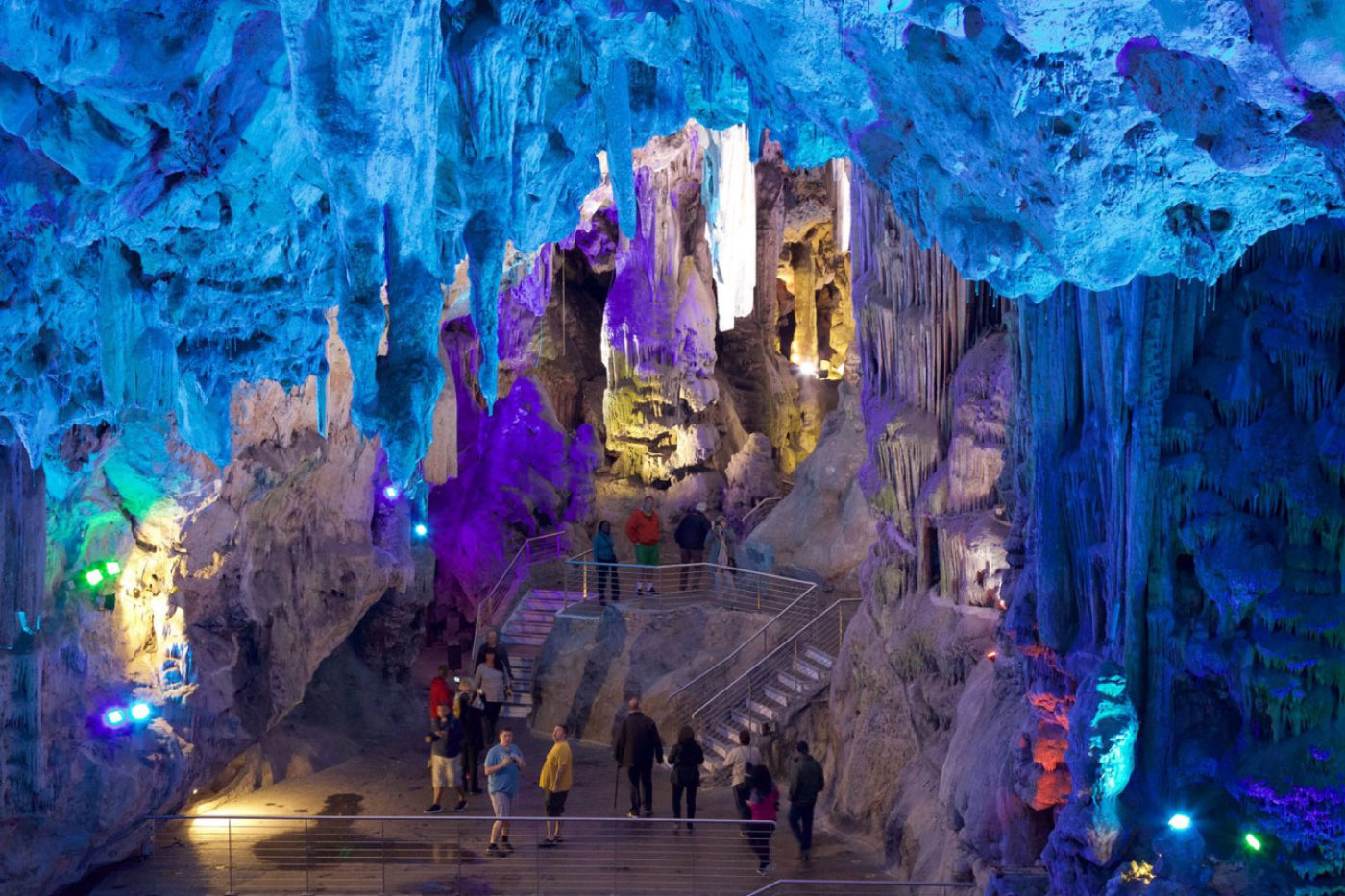 At a height of over 300 metres above sea level, St. Michael's Cave is limestone caves located within the Upper Rock Nature Reserve in the British Overseas Territory of Gibraltar 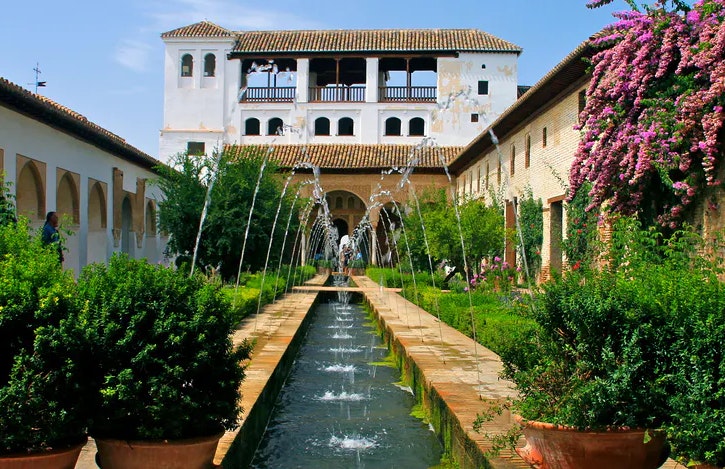 Generalife means the architect's garden. The Generalife of Granada is located on the hill called Cerro del Sol, adjacent to the Alhambra 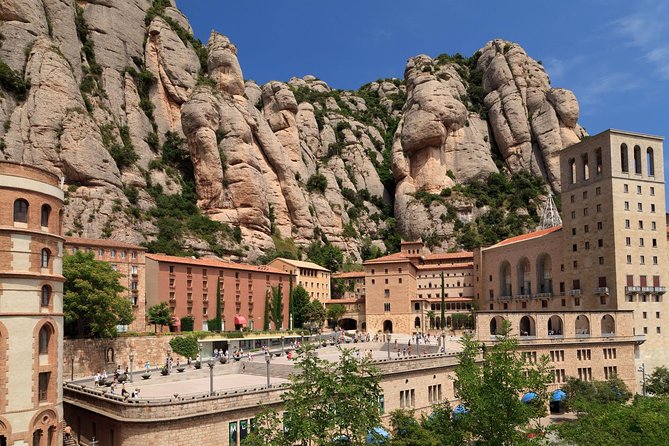 is a multi-peaked mountain range near Barcelona. The main peaks are Sant Jeroni, Montgrós and Miranda de les Agulles. This is Catalonia’s most important religious retreat, as many people make an overnight hike to watch the sunrise from the peak of Montserrat. 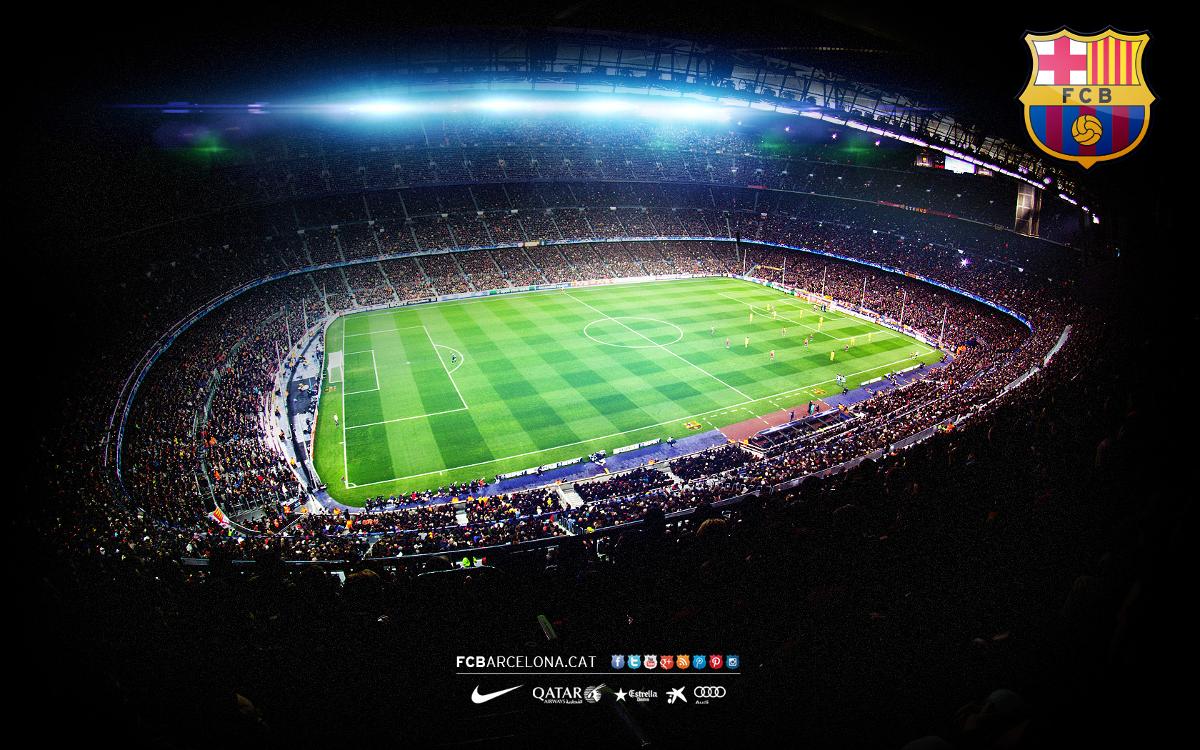 Camp Nou has been the home stadium of FC Barcelona since its completion in 1957, and it is located in Carrer d'Arístides Maillol