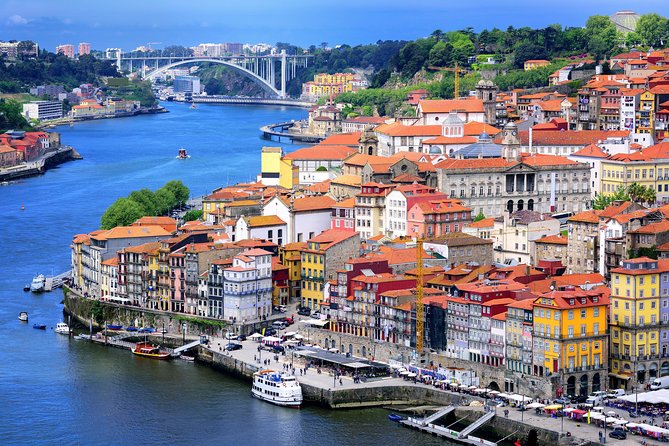 Spain Portugal Morocco Tour (Ahmedabad to Ahmedabad) guests will report at Sardar Vallabhbhai Patel International Airport-respective airline terminal, four hours prior to the scheduled flight departure time. After collecting the snacks hamper from Airport Representative and completing check in formalities, guests along with Tour Manager will travel to Casablanca – The largest city in Morocco, displays a magical blend of brilliant architecture, history and culture. Joining & Leaving (J&L) Tour guests will directly join at Casablanca Airport as per the scheduled group flight arrival time. J&L Tour guests who have already reached Morocco can meet the scheduled group at Sightseeing place as per the guidelines given by Tour Manager. Upon arrival, Tour Manager will guide all guests for airport formalities and proceed to Marrakesh - a former imperial city that sums up all of Morocco's exotic North African charm. Upon arrival we explore Marrakesh city, we see Jemaa El Fnaa square - a square and market place in Marrakesh's medina quarter, Koutoubia Minaret - this 12th-century 75m-high tower was the prototype for the Giralda in Seville, Spain. Later we take a stroll through the Medina – the narrow alleyways are a kaleidoscope of colours, scents, and sounds. As well as simply wandering amid the bustling maze, there are myriad shopping opportunities.

Today we proceed to Casablanca. Upon arrival we explore Casablanca city, we see Royal Palace Gate - The tiled and carved entrance gates of Royal Palace of Casablanca, Corniche - beachfront district of Casablanca, Habous Quarters - an area of the city built in 1930s by the French, so it is no surprise that it features a wonderful mix of French and Moroccan inspired architecture. Later we visit Hassan II mosque - the second largest mosque in the world.

Today we proceed to Rabat - capital of Morocco. It is known for landmarks that speak to its Islamic and French-colonial heritage. Upon arrival we explore Rabat city, we see Royal Mosque, Hussan Tower - the minaret of an incomplete mosque in Rabat, Mausoleum of Mohammed V - a masterpiece of modern Alaouite dynasty architecture, is the final resting place of three significant members of the royal family and a photo stop at Royal Palace - serves as the residence of Moroccan royalty, followed by a visit to the 12th-century Kasbah of the Udayas - the city’s oldest quarter, which was built during the Almohad dynasty. Later we proceed to Fes - the oldest of Morocco’s imperial cities and has served as the country’s capital no fewer than three times throughout its history. Upon arrival we visit medieval Fez Medina - a UNESCO World Heritage Site. Here we see Al Attarine Madrasa - this madrasa was once an important center for learning and spirituality, Bou Inania Medersas - Until the 1960s, this was still a functioning theological school and is famous for its green-tiled minaret, Nejjarine fountain – this 18th century fountain features elaborate zellige tilework and lace-like carved stucco, Moulay Idriss mausoleum - an important pilgrimage site, Karaouine mosque - founded in 859 by Fatima Al-Fihri, the daughter of Mohammed Al-Fihri who was a wealthy merchant at the time. Successive dynasties expanded this mosque until it became the largest in Africa

Today we proceed to Chefchaouen - Morocco’s blue city. Upon arrival we walk through the magnificent town of Chefchaouen with its narrow streets and blue walls, Kasbah from where we see the beautiful view of the mountains and its main square - Outa Hammam. Later we proceed to Tangier - a Moroccan port on the Strait of Gibraltar, has been a strategic gateway between Africa and Europe since Phoenician times. Upon arrival we see Cap Spartan - where the Atlantic meets the Mediterranean Sea. Later we walk through the lively Medina and Kasbah of Tangier - a former sultan’s palace that now houses the museum.

Today we embark on a ferry from Tangier to Algeciras - one of the largest port city in world and the largest urban area on the Bay of Gibraltar. It is the busiest port in Spain. Later we proceed to worlds renowned tourist destination Costa del Sol – the southern coast of Spain known for its Mediterranean old town, inland national parks and beautiful beach resorts. In the afternoon we proceed to Marbella- a city and resort area on southern Spain’s Costa del Sol. Here we walk through Old Town - the oldest part of Marbella, Avenida del Mar - a modern urban square and is adorned with fountains, pergolas, and a collection of sculptures by Salvador Dalí, Puerto Banus - a marina located in the area of Nueva Andalucía, to the southwest of Marbella. Later we proceed to Seville – the capital of southern Spain’s Andalusia region, also known worldwide for its culture, traditions, artistic heritage and flamenco dancing.

Today we explore Seville city, we visit Cathedral de Seville – massive gothic cathedral, a UNESCO World Heritage Site with the Tomb of Christopher Columbus, Moorish Giralda Tower - the bell tower of Seville Cathedral, The Alcazar of Seville - a royal palace and a UNESCO World Heritage site. Later we take a photo stop at Santa Cruz Quarter - the former Jewish quarter of the medieval city followed by a visit to the ultramodern expo 92’ site to view a small scale model of ‘Victoria’ - the first vessel to circumnavigate the globe. We then visit Metropol Parasol - sculptural wooden structure with six parasols in the form of giant mushrooms houses an archaeological museum, rooftop walkway & viewpoint. In the evening, we enjoy the Flamenco Show with dinner.

Today we proceed to Lisbon - capital of Portugal, is known as the town of the seven hills capital of Portugal. Lisbon is situated at the point where the Tagus River estuary meets the Atlantic Ocean. Upon arrival we explore Lisbon city, we see Monument to the discoveries - an enormous monolith that leans over the River Tagus to resemble the prow of a caravel, the type of ship commanded by the Portuguese navigators in the 15th century to chart unexplored oceans and discover new lands. This stunning monument was designed to commemorate the Age of Discoveries in Portugal, Jeronimo's Monastery - a UNESCO World Heritage Site, it was built to commemorate the return of Vasco da Gama from India, Belem Tower – a UNESCO World Heritage Site, also known as the Tower of St. Vincent. The imposing tower was used to defend the city from invaders, Alfama Quarter - Lisbon's oldest quarter, it is the best place to discover the Portuguese culture, St. George's Castle - a historic castle, stands atop an exceptionally scenic hill, overlooking the gentle waters of the Tagus River and the charming city below.

Today we proceed to Sintra - a delightful Portuguese fairy-tale town, famed for its picturesqueness and for its numerous historic palaces and castles. Upon arrival we visit Pena Palace - a UNESCO World Heritage Site, it is a 19th century Romanticist castle. Later we explore Sintra city, we see St. Martinho Church - Catholic church in Sintra, City Hall, Modern Art Museum - The museum displays modern and contemporary art of the 20th century by European and American artists. In the afternoon, we proceed to Fatima - a small town, that's home to the Sanctuary of Fátima, a Catholic pilgrimage site. Upon arrival we visit Shrine of Fatima- one of the most important catholic shrines in the world dedicated to the Virgin Mary. Here we see Basilica of our Lady, House of Lucia and the Parish Church. Later we proceed to Porto - a coastal city in northwest Portugal known for its stately bridges and port wine production.

Today we explore Porto city, we see Dom Luís I Bridge - a double-deck metal arch bridge that spans the River Douro, Clérigos Church - a Baroque church, known for its tower which was the tallest building in the country when it was completed, Carmo church – a baroque church, well-known for its tiled side façade. Later we take a stroll on praça da ribeira – the riverfront square of Porto. In the afternoon we proceed to Madrid – the capital and the most populous city of Spain also the third-largest city in the European Union.

Today we visit Prado Museum - the main Spanish national art museum which houses the world's richest and most comprehensive collection of Spanish paintings. Later we explore Madrid city, we see Plaza de Espana - one of Madrid's largest square, Sabatini Gardens – a neoclassical-style royal palace gardens, Cervantes Statue – the monument dedicated to Miguel de Cervantes, the Spanish novelist, poet and play writer, Cibeles fountain – a famous landmark which depicts Cybele the Great Mother of the Gods and Roman Goddess of fertility, Parliament and Puerto del Sol – a bustling public square. Then we visit The Royal Palace - official residence of the Spanish royal family with its 3418 rooms, it is the largest functioning royal palace in Europe, here we see Lavish Interior Décor, paintings, sculptures, Royal Armoury and the Grand Staircase. In the afternoon, we proceed to Toledo – a UNESCO World Heritage Site and the former Spanish capital. This city is known for its unique mixture of three cultures - Judaic, Christian and Islamic. Upon arrival, we visit the city's most famous monument Santa Maria la Blanca Synagogue - the oldest 12th century synagogue, followed by visit to medieval era Sword factory - Toledo became a center of traditional sword-making and Toledo swords became the standard weaponry among the Romans because of the flexiblility of the steel.

Today we proceed to Barcelona by High speed train. Barcelona – the cosmopolitan capital of Spain’s Catalonia region, is known for its art, architecture and FC Barcelona football club. Upon arrival we visit Barcelona L'Aquàrium - world's most important marine leisure and education centre dedicated to Mediterranean undersea life. It is home to 11,000 animals from some 450 different species. Later we take a stroll around Barcelona beach front and admire the pleasant waterfront.

Today we explore Barcelona city, we see the 1992 Olympic stadium, Colourful La Ramblas - the most famous street in Barcelona, Statue of Christopher Columbus. Later we visit UNESCO World Heritage site Sagrada Familia Cathedral - Antoni Gaudí's unfinished masterpiece, expected to be completed in 2026 after almost 142 years of construction. Then we take a cable car ride to Montjuic hill which gives us a panoramic views of the entire Barcelona city and the Tibidado hill.

It’s time now to say goodbye! Spain Portugal Morocco Tour (Ahmedabad to Ahmedabad) guests will proceed to Barcelona Airport as per the scheduled group flight departure time. After completing airport formalities, Spain Portugal Morocco Tour guests will travel back to Ahmedabad with Tour Manager. Joining & Leaving (J&L) guests can be dropped at Barcelona Airport along with scheduled group or they can have their own arrangements made for the return journey back home. Spain Portugal Morocco Tour concludes with mixed feelings! Happy to have made so many good friends, visited beautiful places and collected joyful memories to be cherished for a lifetime. We leave with a heavy heart as the golden days of the Tour come to an end. Let’s stay in touch with each other through email, phone, WhatsApp, Facebook, Instagram and meet again on more such wonderful tours. wishes all guests a very happy, healthy and wonderful life ahead. 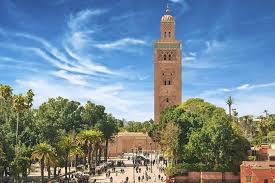 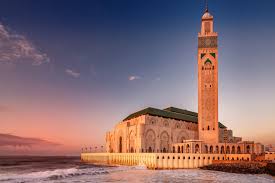 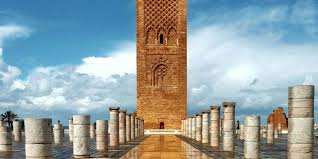 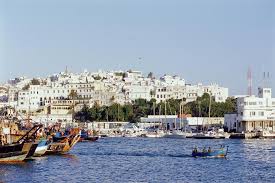 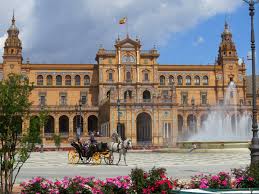 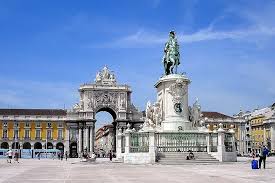 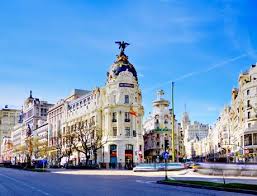 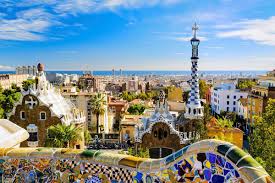