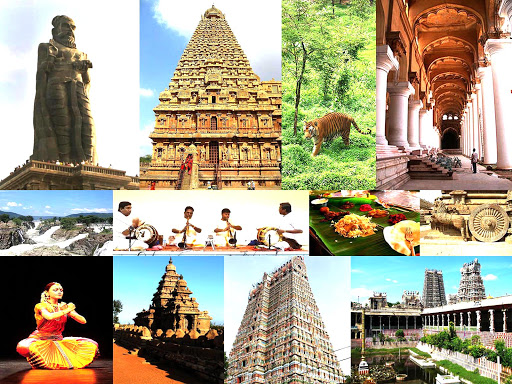 All Transfers & Sightseeing By Private Vehicle As Per The Tour Itinerary.

AC Will Not Work In Hilly Area.

Arrival at Madurai Airport, pick up by our chauffeur and transfer to hotel . Check in at Hotel . After noon proceed for Visit Sri Meenakshi Temple, with its magnificent sculpture soaring gopurams and hall of thousand pillars.Visit Thirumal Nayak Mahal, Mariamman Tank, Gandhi Museum. Overnight stay at the hotel.

Today morning after breakfast proceed to holy place rameswaram, check in to hotel after proceed to rameswaram temple visit. The holy town located on an island called Pamban. Ramanathaswamy Temple is consider one of the 12 Jyotirlingas of Lord Shiv. Evening return to hotel. Have a dinner & night stay in hotel.

Drive from Rameswaram to Kanyakumari in the morning after breakfast and Check in to your hotel after proceed for city sightseeing and explore popular sites such as the Vivekananda Rock, Triveni Sangam, Thiruvalluvar Statue, sunset point overnight stay & dinner in kanyakumari.

Morning have breakfast and later check out & proceed to the airport as this fantastic tour comes to an end. Return home with wonderful memories of your tour with Akshar Travels Pvt Ltd. 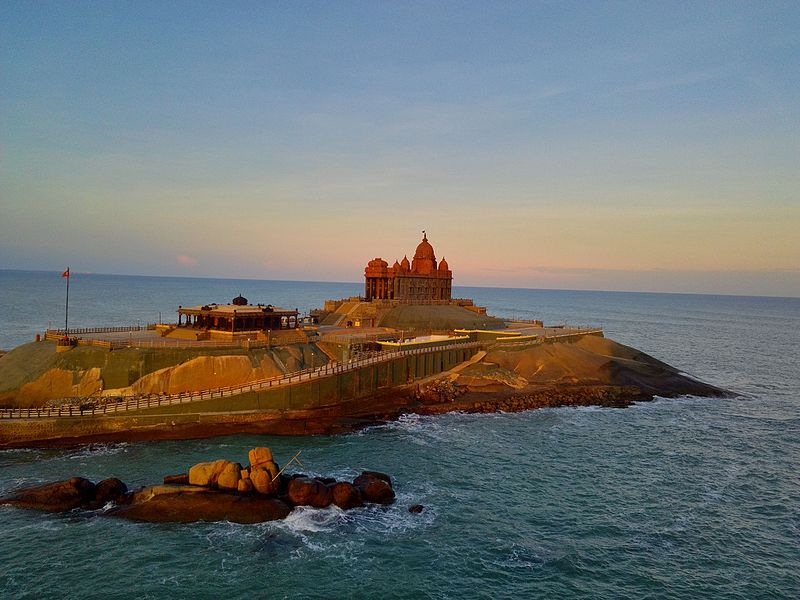 Vivekananda Rock Memorial is a popular tourist monument in Vavathurai, Kanyakumari, India. It was built in 1970 in honour of Swami Vivekananda who is said to have attained enlightenment on the rock. According to local legends, it was on this rock that Goddess Kumari performed tapas in devotion of lord Shiva. A meditation hall known as Dhyana Mandapam is also attached to the memorial for visitors to meditate. The design of the mandapa incorporates different styles of temple architecture from all over India. 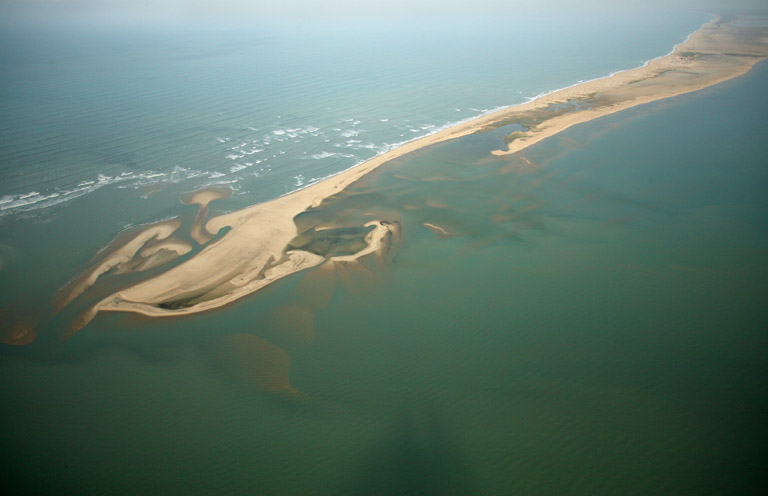 Dhanushkodi is an abandoned town at the south-eastern tip of Pamban Island of the state of Tamil Nadu in India. It is south-east of Pamban and is about 24 kilometres west of Talaimannar in Sri Lanka. The town was destroyed during the 1964 Rameswaram cyclone and remains uninhabited in the aftermath. 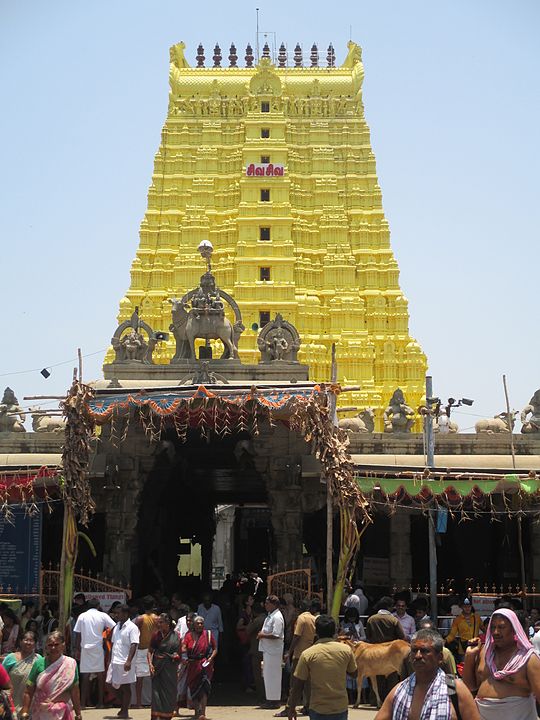 Ramanathaswamy Temple is a Hindu temple dedicated to the god Shiva located on Rameswaram island in the state of Tamil Nadu, India. It is also one of the twelve Jyotirlinga temples. It is one of the 274 Paadal Petra Sthalams, where the three of the most revered Nayanars (Saivite saints), Appar, Sundarar and Tirugnana Sambandar, have glorified the temple with their songs. The temple was expanded during the 12th century by Pandya Dynasty, and its principal shrines sanctum were renovated by Jeyaveera Cinkaiariyan and his successor Gunaveera Cinkaiariyan of the Jaffna kingdom. 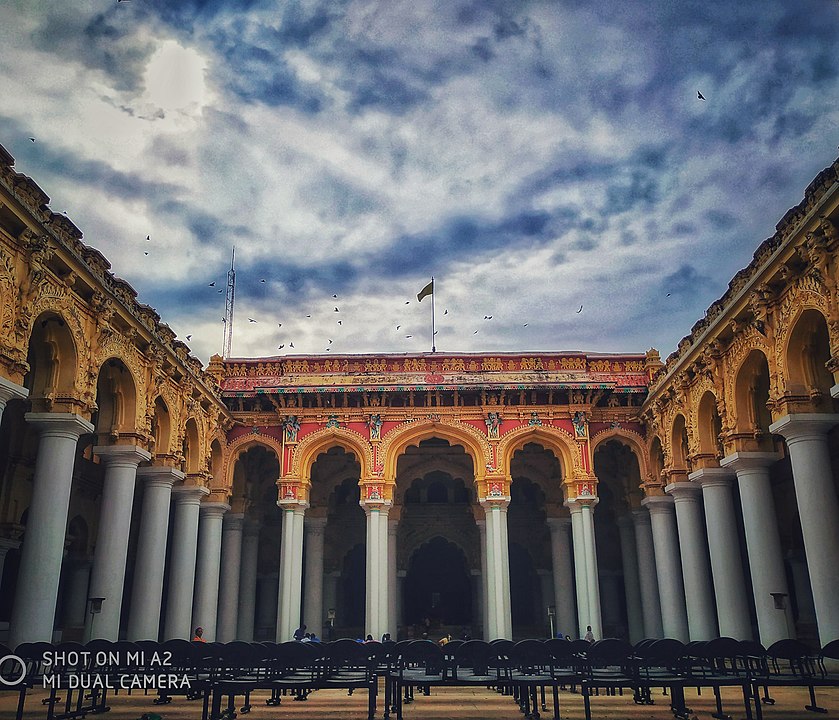 Thirumalai Nayak Palace is a 17th-century palace erected in 1636 AD by King Tirumala Nayaka, a king of Madurai's Nayaka dynasty who ruled Madurai from 1623–59, in the city of Madurai, India. This Palace is a classic fusion of Dravidian and Rajput styles. The building, which can be seen today, was the main Palace, in which the king lived. The original Palace Complex was four times bigger than the present structure. In its heyday, the palace was considered to be one of the wonders of the South. 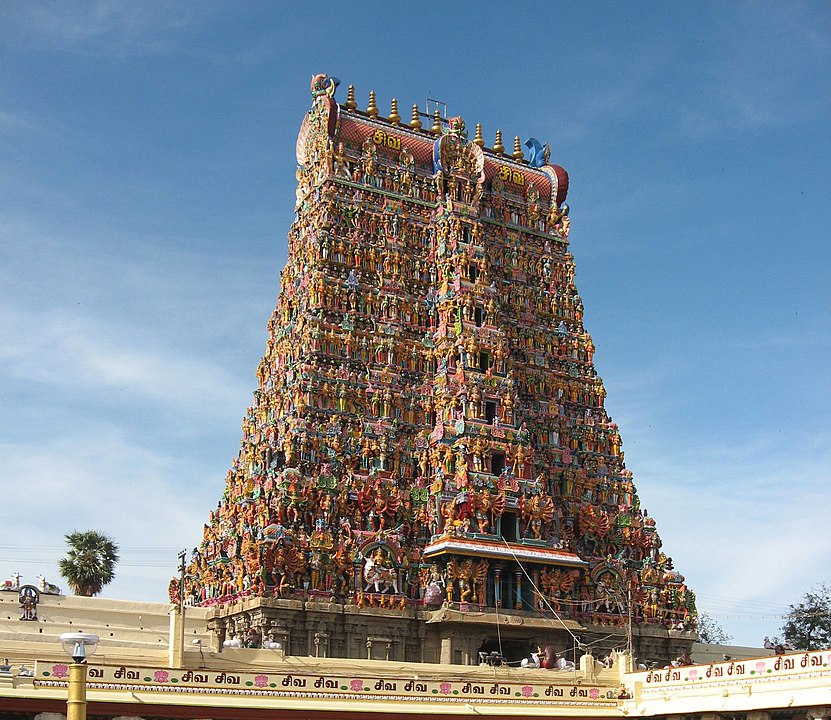 Meenakshi Temple (also referred to as Meenakshi Amman Temple or Meenakshi Sundareshwarar Temple also spelled as Meenatchi Temple), is a historic Hindu temple located on the southern bank of the Vaigai River in the temple city of Madurai, Tamil Nadu, India. It is dedicated to Meenakshi, a form of Parvati, and her consort, Sundareshwar, a form of Shiva. The temple is at the center of the ancient temple city of Madurai mentioned in the Tamil Sangam literature, with the goddess temple mentioned in 6th century CE texts. 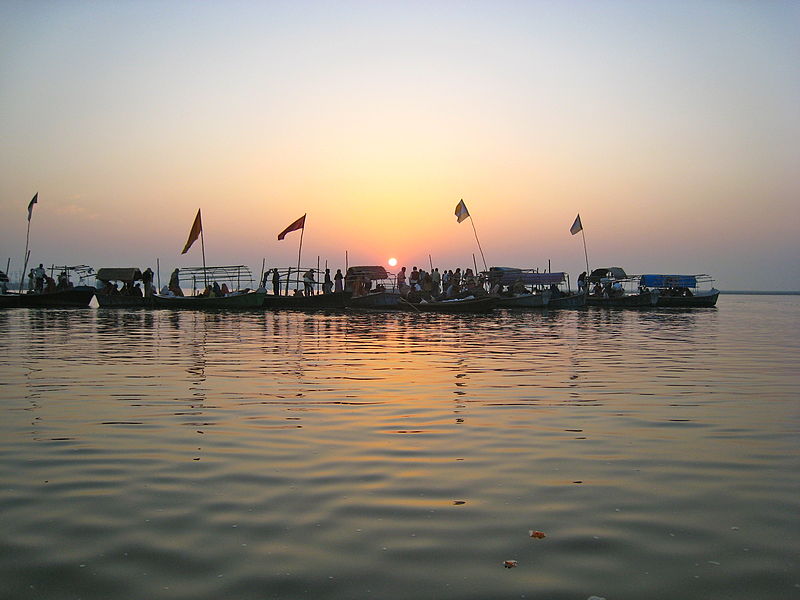 In Hindu tradition Triveni Sangam is the "confluence" (Sangam in Sanskrit) of three rivers (Ganga, Yamuna & Saraswati). The point of confluence is a sacred place for Hindus, with a bath here said to flush away all of one's sins and free one from the cycle of rebirth.