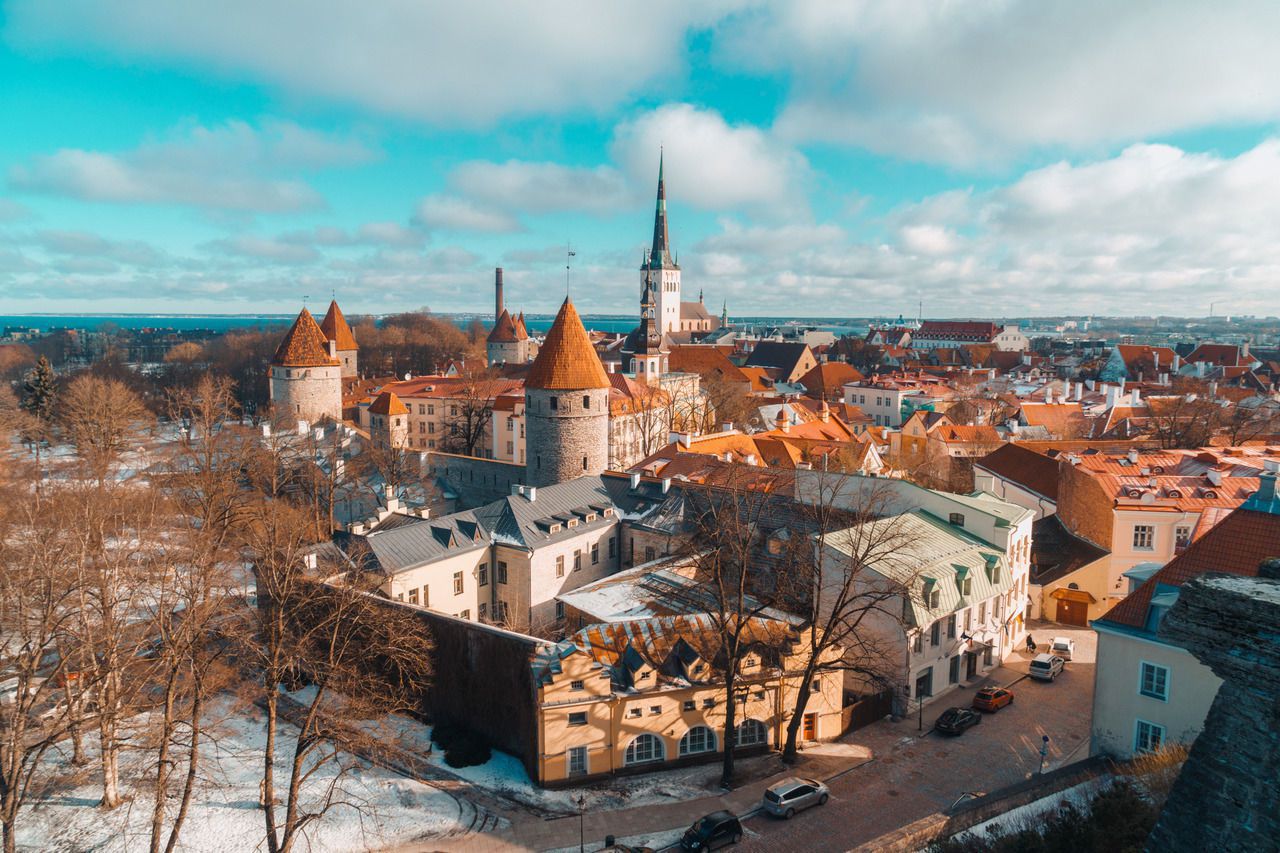 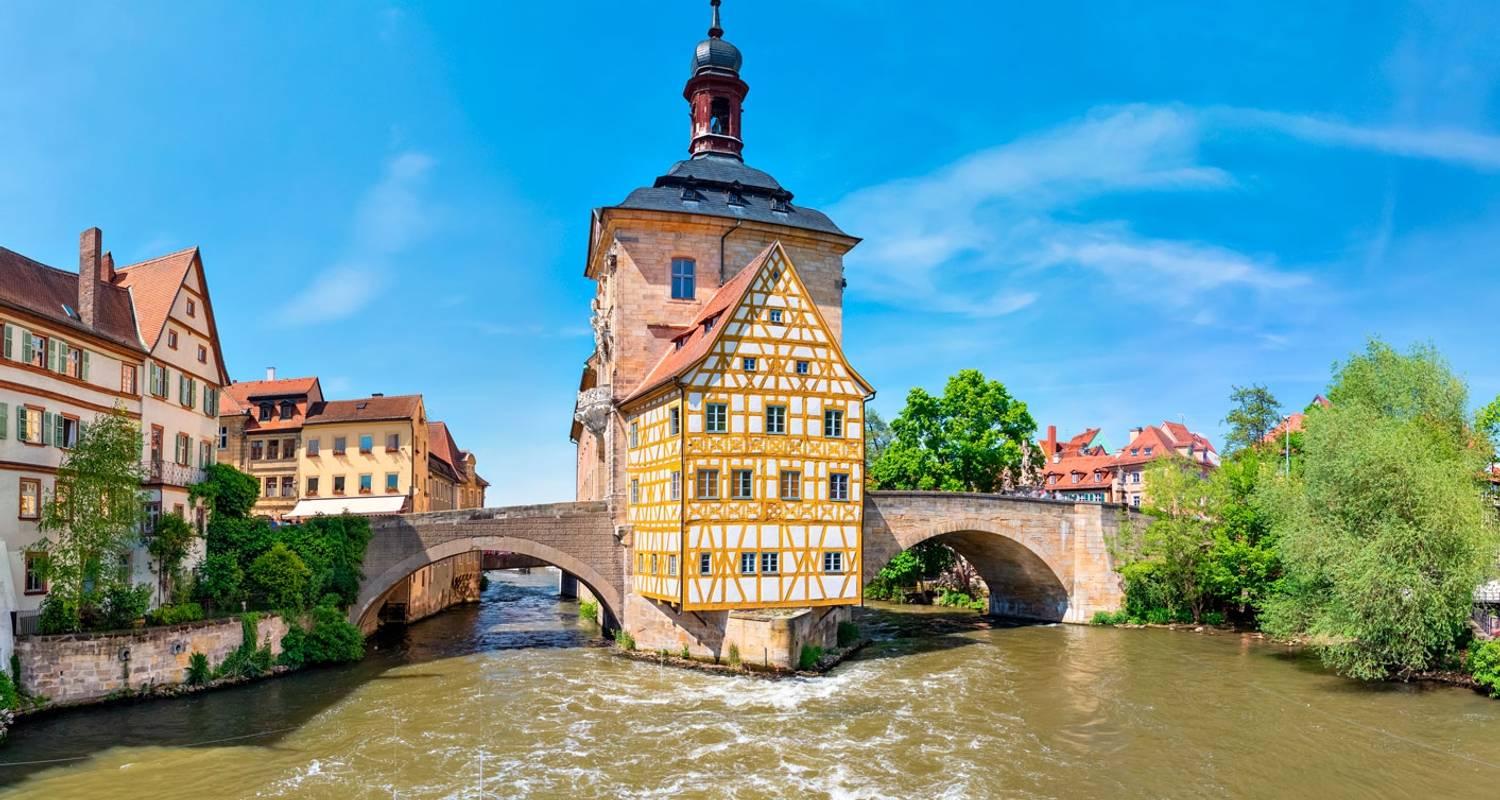 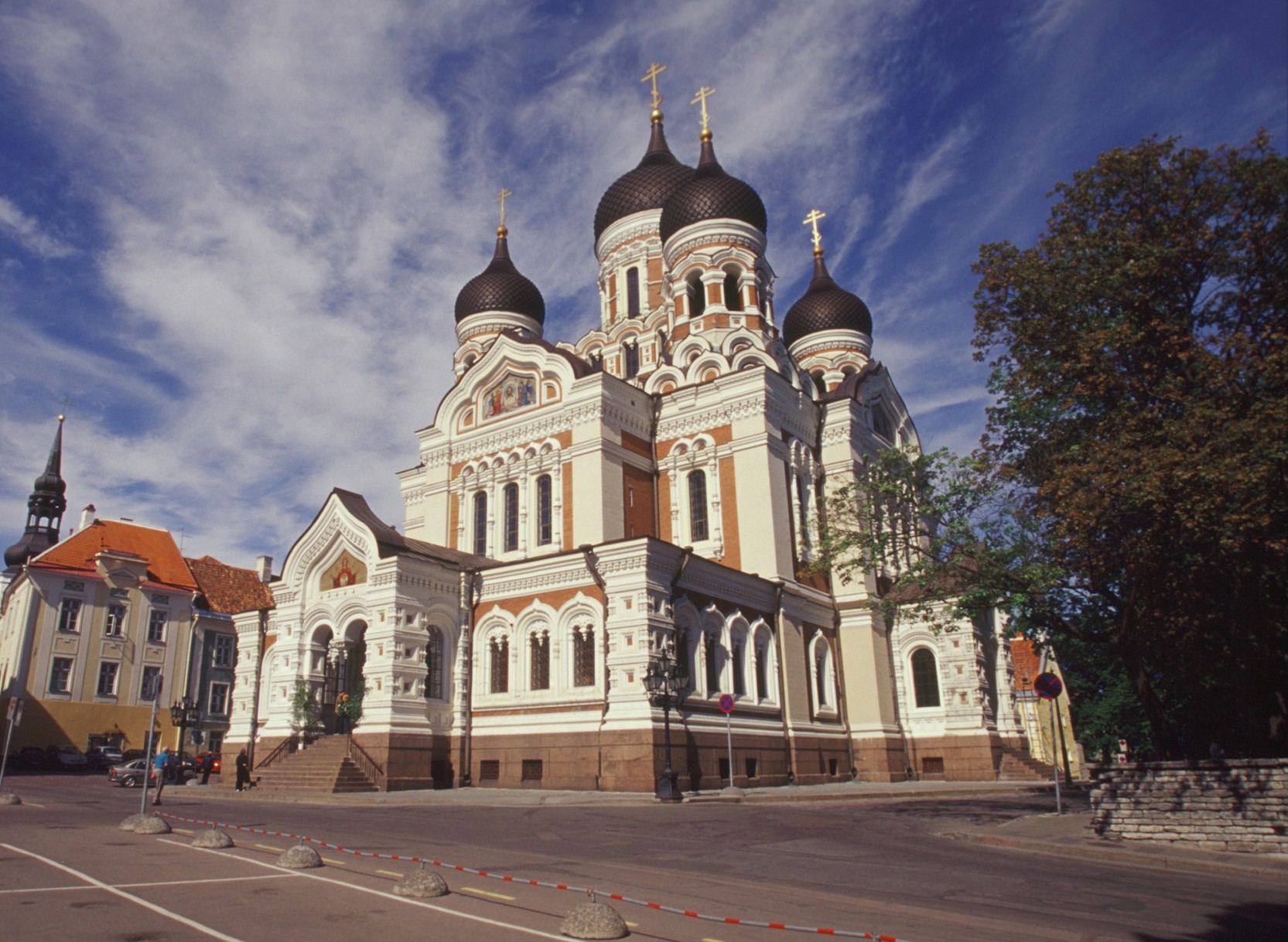 Russia with Tallinn Tour guests will report at Chhatrapati Shivaji International Airport-respective airline terminal, four hours prior to the scheduled flight departure time. After collecting the snacks hamper from Airport Representative and completing check in formalities, guests along with Tour Manager will travel to Moscow – capital of Russia where the past and the future live side by side. Here we will find everything from medieval fortresses and Soviet monoliths to glass skyscrapers and innovation centres. Joining & Leaving (J&L) Tour guests will directly join at Moscow Airport as per the scheduled group flight arrival time. J&L Tour guests who have already reached Russia can meet the scheduled group as per the guidelines given by Tour Manager. Upon arrival, Tour Manager will guide all guests for airport formalities and proceed to the city. In the evening we enjoy the Great Russian Circus and admire the magnificent aerial performance of the acrobats.

Today we visit Red Square - a UNESCO World Heritage Site. Followed by a photo stop at St. Basil's Cathedral – a UNESCO World Heritage Site, an Orthodox church on the Red Square and Lenin’s Tomb – also known as Lenin's Mausoleum, is a mausoleum that currently serves as the resting place of Soviet leader Vladimir Lenin. Later we explore Moscow city, we see Kremlin Walls - a defensive wall that surrounds the Moscow Kremlin, recognisable by the characteristic notches and its Kremlin towers, Tzar's Bell – also known as the Royal Bell, is the largest bell in the world. The bronze bell is estimated to weigh between 200 and 216 tons, Tzar's Cannon – a large early modern period artillery piece on display on the grounds of the Moscow Kremlin, Cathedral Square – also known as Sobornaya Square is the central square of the Moscow Kremlin where all of its streets used to converge in the 15th century, Bolshoi Theatre - a historic theatre, Palace of Congresses - a UNESCO World Heritage Site, which is known as the State Kremlin Palace, Armory Chamber of the Russian Tzar and then we go on a small journey by metro train to see three marvellous railway stations of Moscow.

Today we visit Tretyakov State Gallery – home to one of the largest collections of Russian art in the world. The gallery was founded in 1856 by Moscow merchant Pavel Tretyakov. The gallery traces the development of Russian painting from the 11th century till the beginning of the 20th century and features some of the most notable Russian artists. Today, this national repository of art contains over 170,000 pieces, including notable works by Repin, Kandinsky, and Malevich. Later we travel by train to St. Petersburg - a Russian port city on the Baltic Sea and was the imperial capital for 2 centuries, having been founded by Peter the Great.

Today we visit St. Isaac’s Cathedral - largest orthodox basilica in the world, with stunning Russian-Byzantine architecture and a fully gold plated dome. It serves as both a cathedral and museum today, Hermitage Museum - one of the largest artistic and cultural and historical museums in Russia and one of the largest in the world, with a collection of over 3 million items, Peter and Paul Fortress – Officially labelled as a ‘Museum of the History of the City’, is a unique fortification monument of XVIII-XIX centuries located on the small Hare island in the Neva River mouth, later we take a photo stop Church of the Saviour on Spilled Blood – also known as the Church of the Resurrection. It was built in memory of Alexander II who was assassinated in 1881 and is famous for its onion-shaped domes and colourful exterior, Statue of Peter the Great - known as the Bronze Horseman, is a tribute to the founder of St. Petersburg, followed by some free time for shopping. In the evening we enjoy a glittering performance of the classical ballet at Russian Ballet show.

Today we enjoy the scenic Neva River Boat Ride – we get to see top St Petersburg attractions that flank the Neva’s waters. Later we visit the Catherine Palace - a spectacular palace which was the summer residence of the tsars. In the evening we enjoy the Russian Folklore show – an exciting showcase of traditional Russian dance and song.

Today we travel by train to Helsinki – Capital city of Finland and a vibrant seaside city. Upon arrival, we explore Helsinki City, we see Modern Finlandia Hall- a dynamic, multipurpose venue located in the centre of Helsinki, City Hall- a central administrative building of Helsinki, Parliament House- the official location of the governing body of Finland, Presidential Palace- the official residence of the President, although today it is used primarily for presidential functions and receptions, the Monumental railroad station- one of the most visited and well-known site in the city. There are over two hundred thousand passengers that pass through this place every day, Lutheran Cathedral- the symbol of Helsinki. The church was originally built from 1830-1852 as a tribute to the Grand Duke of Finland, Olympic Stadium- built in 1938. Olympic Games were held here in 1952. Today it hosts both national and international sporting events and outdoor concerts, Sibelius monument- dedicated to the Finnish composer Jean Sibelius, the abstract monument resembles a soundwave made of clusters of organ pipes. The jagged monument consists of over 600 steel pipes, Market Square- the most famous market in Finland, it has been a centre of trade for hundreds of years. Even today, it still hosts some of Finland’s most well-known events and is a major shopping location for both locals and visitors

Today we travel by ferry to Tallinn – Estonia’s capital on the Baltic Sea. Upon arrival we explore Tallinn city, we visit the Alexander Nevsky Cathedral- a Russian Orthodox Church. Later we walk through the city and see Toompea Hill- a limestone hill in the central part of the city. Today Toompea is the centre of the Government of Estonia and the parliament house. Old Town- a UNESCO World Heritage Site and world’s most recognised landmarks, Parliament building- also known as Toompea Castle, it was built in 13th century. Today the castle is home to Estonian parliament, Dome church- also known as St. Mary's Cathedral, is the oldest church in Tallinn and Estonia, 15th century Luhike Jalg Gate- also known as the walls around Tallinn city.

Today morning we arrive at Stockholm. Upon arrival we explore Stockholm city, we visit Magnificent Town Hall- the building of Municipal Council which houses offices, conference rooms, ceremonial halls, and luxury restaurants, Royal Palace- the official residence of His Majesty the King of Sweden, with over 600 rooms. The palace dates back to the 18th century and is one of the most interesting historic buildings in Stockholm, Vasa Ship museum- Vasa is the only preserved seventeenth-century ship in the world and a unique art treasure. More than 95 percent of the ship is original, and it is decorated with hundreds of carved sculptures. In the afternoon we enjoy souvenir shopping at `Drottninggatan'- Stockholm's beautiful walking street. Later we visit Sky View Globe Arenas - world’s largest spherical building. From here we enjoy an amazing view of Stockholm city.

Today we board the flight to Bergen – known as the city with seven mountains. Upon arrival we explore Bergen city, we travel by a Funicular Tram ride to Mt. Floyen and enjoy the panoramic views of the Bergen city from the top, followed by a walking tour of Wharf – a UNESCO World Heritage Site and the fish market

Today we experience the essence of Norway through Norway in a nutshell tour. In the morning we proceed to Gudvagen. Upon arrival we board the ferry and visit Sogne Fjord - King of the Fjords, is the largest and deepest fjord in Norway. Our ferry arrives at Flam. From here we take a train to Myrdal- One of the most beautiful train journeys in the world. This train will take us through some of the most beautiful mountain scenery, valleys and countless waterfalls. We arrive at Myrdal- a mountain railway station and junction, located on the Bergen Line. It is also the upper terminal of the Flåm Line local railway. From Myrdal we change our train and proceed to Geilo- a town in southern Norway known for ski resorts and mountain trails.

Today we travel on the scenic route to Oslo- a picturesque city which is surrounded by mountains and sea, along with this it boast a rich culture and a vibrant city life.

Today we explore Oslo city, we visit Vigeland Sculpture Park- the largest sculpture park in the world by a single artist, boasting over 200 pieces by Norwegian sculptor Gustav Vigeland, Holmenkollen Ski Museum and its observation deck - World's oldest ski museum, it represents more than 4,000 years of skiing history, Norwegian polar exploration artefacts and an exhibition on snowboarding and modern skiing. The observation deck on top of the jump tower offers panoramic views of Oslo, Kon Tiki Museum- It houses vessels and maps from the Kon-Tiki expedition, Ice Bar- a magical fairy tale adventure with the wondrous surroundings of snow and ice, Magic Ice presents a truly magical experience, which includes the biggest ice bar in the world. Later we take a photo stop at Opera House- home of the Norwegian National Opera and Ballet, and the national opera theatre in Norway. In the evening we board an overnight cruise to Copenhagen – the Danish capital known for its fairy-tale flair over the centuries.

Today we explore Copenhagen city, we visit Tivoli Gardens- located in the heart of the city. Its scenery is beautiful with exotic architecture, historic buildings and lush gardens, Christiansburg palace- a palace and government building. It is the seat of the Danish Parliament, the Danish Prime Minister's Office, and the Supreme Court of Denmark. Later we see Renaissance Stock Exchange- also known as Børsbygningen, a 17th-century stock exchange in the centre of Copenhagen, followed by a famous statue of the Little Mermaid- a bronze statue by Edvard Eriksen, depicting a mermaid becoming human.

It’s time now to say goodbye! Scandinavia Russia with Tallinn Tour guests will proceed to Copenhagen Airport as per the scheduled group flight departure time. After completing airport formalities, Scandinavia Russia with Tallinn Tour guests will travel back to Ahmedabad with Tour Manager. Joining & Leaving (J&L) Tour guests can be dropped at Copenhagen Airport along with scheduled group or they can have their own arrangements made for the return journey back home. Scandinavia Russia with Tallinn Tour concludes with mixed feelings! Happy to have made so many good friends, visited beautiful places and collected joyful memories to be cherished for a lifetime. We leave with a heavy heart as the golden days of the Tour come to an end. Let’s stay in touch with each other through email, phone, WhatsApp, Facebook, Instagram and meet again on more such wonderful tours. wishes all guests a very happy, healthy and wonderful life ahead. 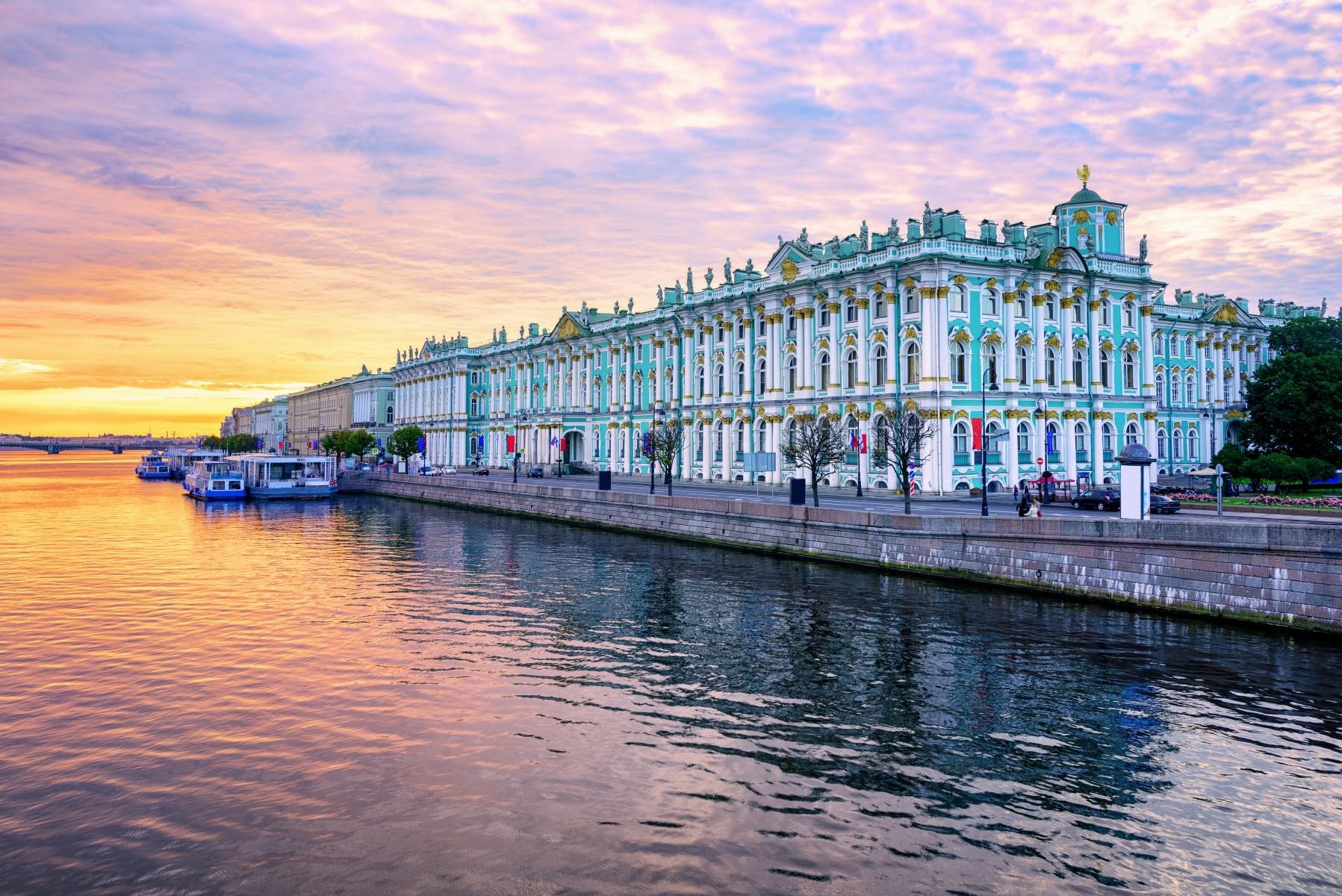 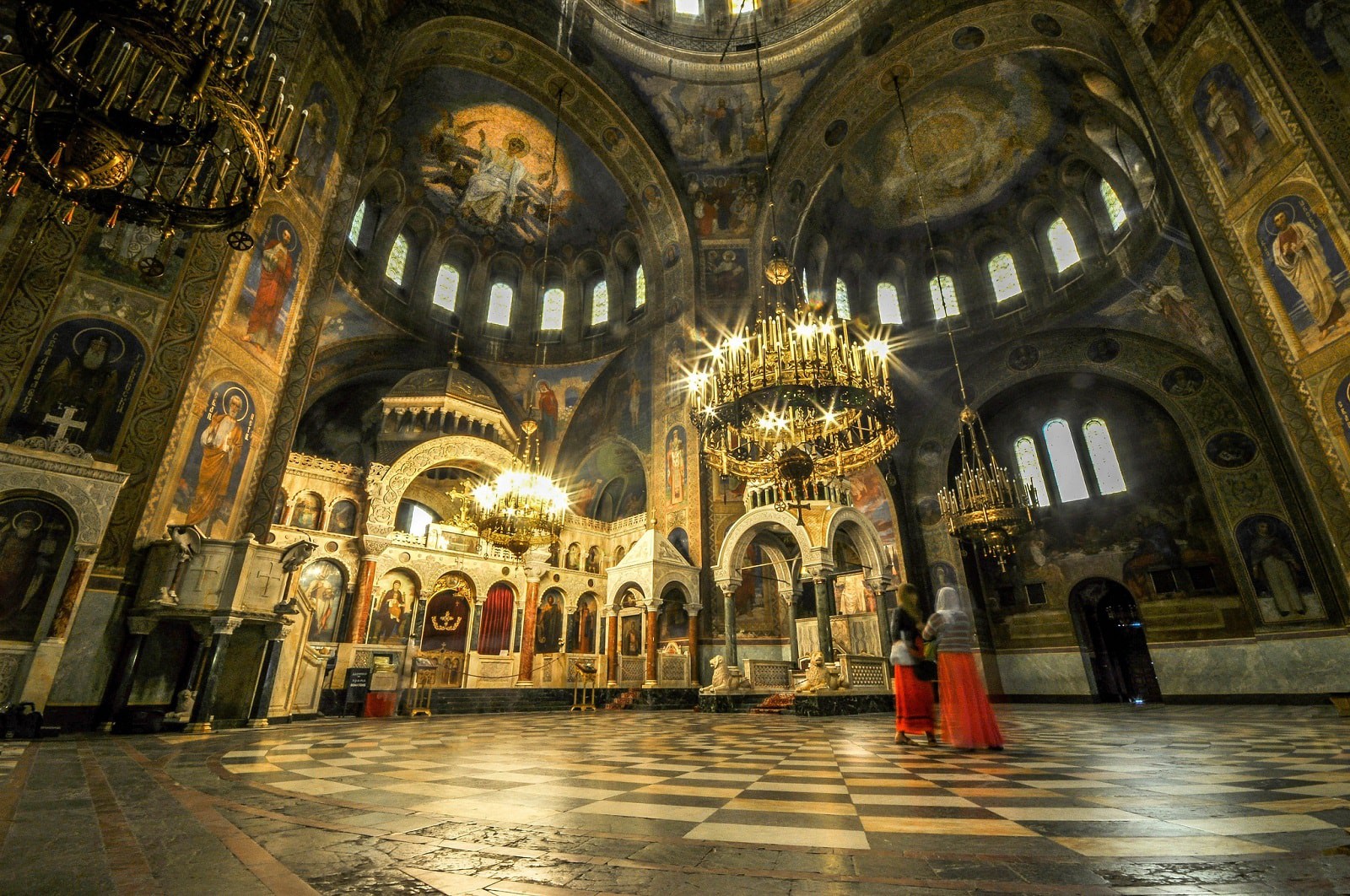 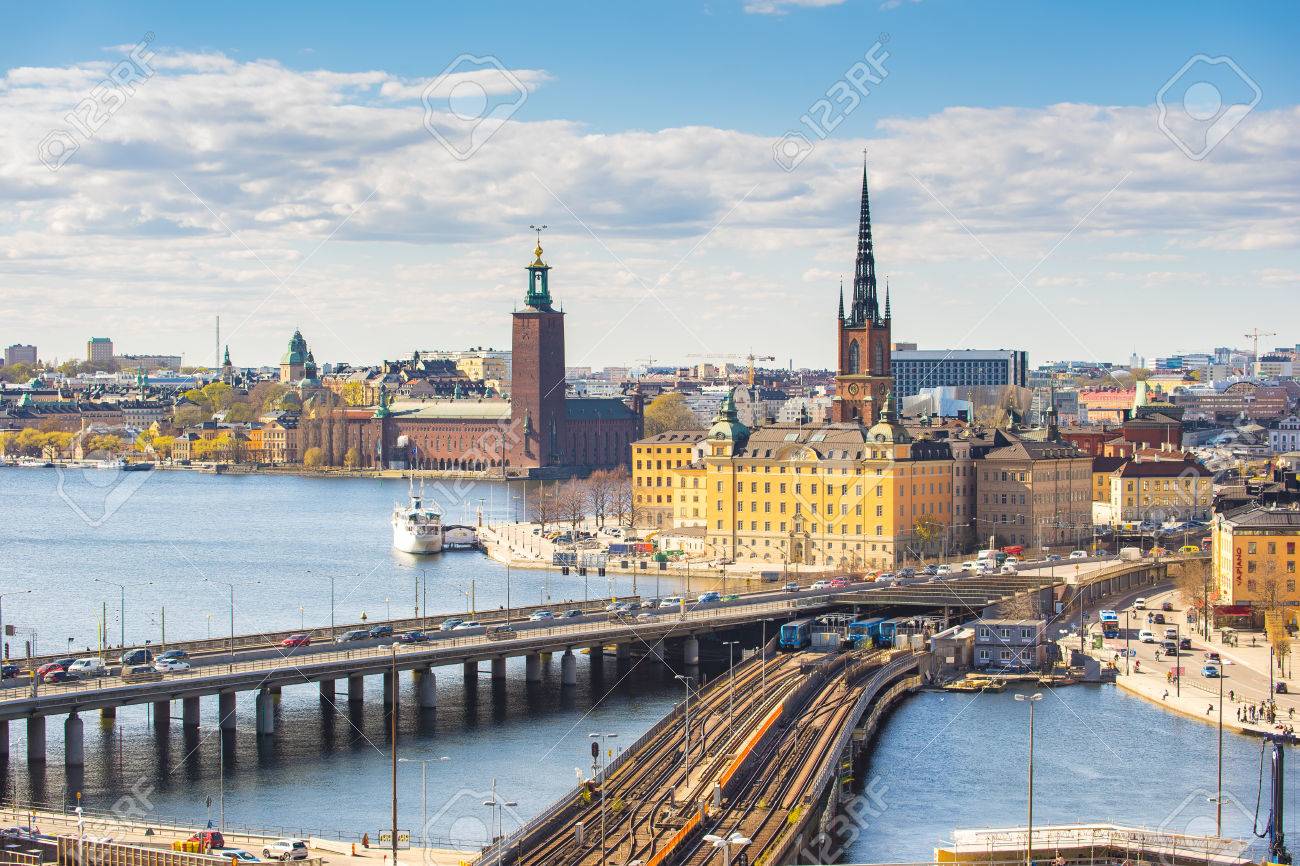