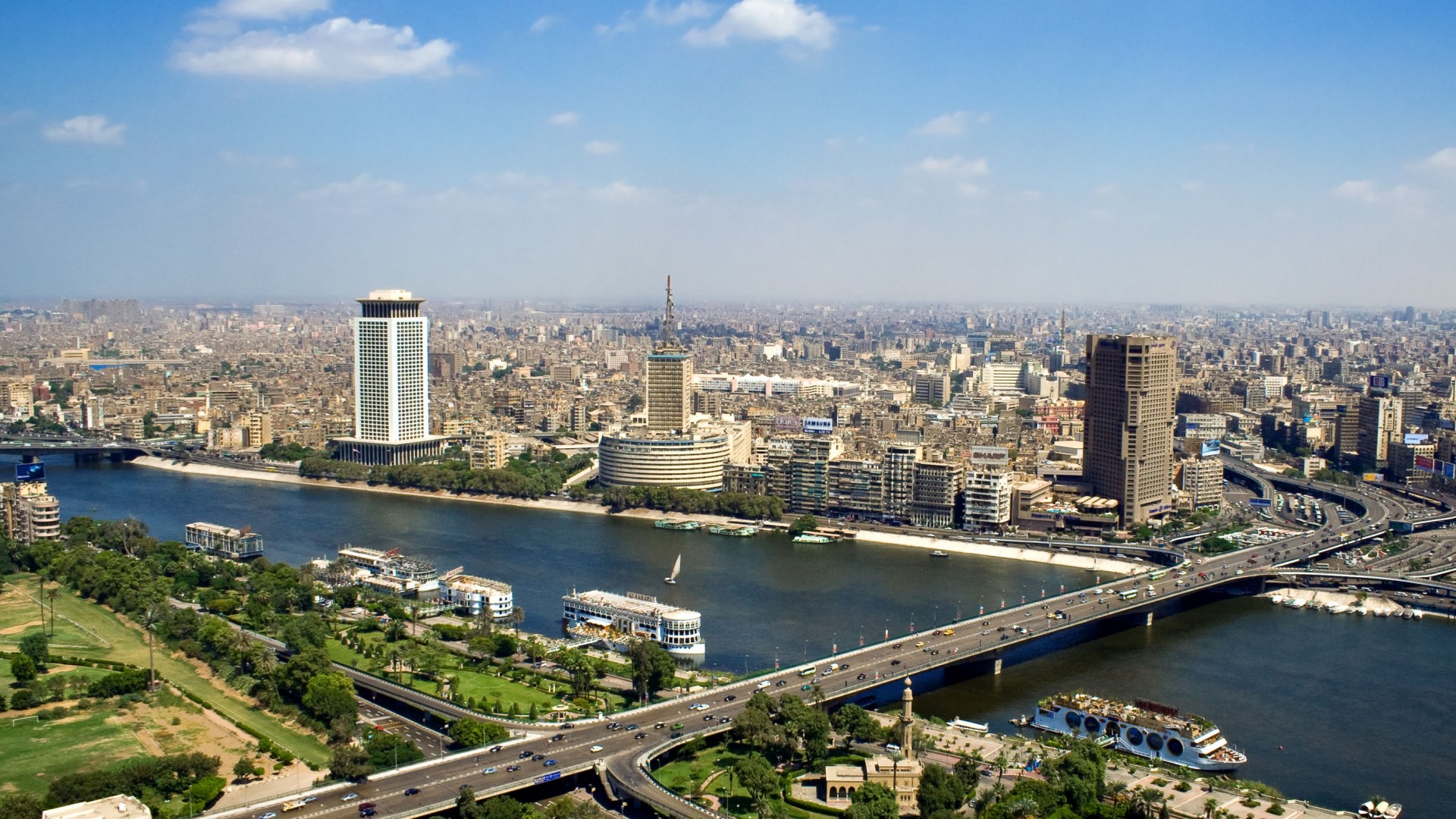 Upon arrival at Kigali International Airport, you will be met by our local representative and transferred into downtown Kigali for a city tour. Overnight in Rwanda The history of Rwanda dates back centuries, Kigali has been a part of it for a hundred years. Founded in 1907 as a German settlement, Kigali did not become the capital until Rwanda's independence in 1962 when it replaced the colonial seat of power in Butare. Since then, the city has seen major economic development resulting in what it is today; a vibrant African city of 1 million with wide boulevards, an international airport, world-class hotels and restaurants, crafts & curio shops as well as a lively, cosmopolitan population. Visit the Kandt Museum, tour old Kigali and the Craft centers, visit the genocide memorial site where you learn about Rwanda-s history pre-colonial to the 1994 genocide as well as other genocides in the world. Tour more and see the new developments; the recovery has been incredible, a true testament to humankind-s resilience. After a safari briefing, over a snack at a local restaurant, you drive north through the Rwandan countryside to Ruhengeri at the foot of the Virungas and arrive at Mountain Gorilla View Lodge for dinner. Mountain Gorilla View Lodge offers quality accommodation with panoramic views of the Virungas, barely a km away from the National Park HQs. An oasis of serenity at the base of Sabyinyo volcano, her grounds are beautifully landscaped with natural foliage and a startling variety of wildflowers. All the 25 guest Cottages built-in contemporary African design using local materials are en-suite and come equipped with a minibar, coffee machine, and hairdryer. Soft furnishings with modern African prints, motifs, and colors as well as original artworks in recycled timber create a relaxing and refreshing ambiance. In the evenings, the Intore, Cultural Dancers troupe spice your stay with memorable dances. MOUNTAIN GORILLA VIEW LODGE (FB) The Virungas, a branch of the Albertine Rift, are a chain of mostly dormant volcanoes, (except Nyiragongo & Nyamuragira) lying along Rwanda-s northern border with DR Congo and Uganda. Their lower slopes are covered by a montane forest which elevates to Neoboutonia (2400 to 2500m), bamboo forest (2500 to 3200m) and Hagenia-Hypericum on the more humid slopes from 2600 to 3600m in the south and west. From 3500 to 4200m, they are characterized by Lobelia wollastonite, L. Laurens, and Senecio erica-rose ii while grassland occurs from 4300 to 4500m. They are home to the rare and critically endangered Mountain Gorilla. Other mammals present include the Golden Monkeys, black-fronted duiker, buffalo, spotted Hyena and bushbuck. The over 170 species of birds recorded include at least 13 species and 16 subspecies endemic to the Virungas and Rwenzori. Situated in northwestern Rwanda and bordering Virunga National Park in DR Congo and Mgahinga, National Park in Uganda, Volcanoes National Park (130 km²) en-compasses 5 of the 8 Virunga volcanoes i.e. Karisimbi, Bisoke, Muhabura, Gahinga and Sabyinyo. Activities include Gorilla tracking, Golden Monkeys tracking, volcano hikes, and guided bird-watching.

After an early breakfast, drive to the Volcanoes National Park HQs where you will be allocated a Golden Monkeys tracking group. 0700 hrs: Briefing by your trackers then drive to the trailhead for the tracking. The very beautiful Golden Monkey has a golden body, cheeks and tail with contrasting black limbs, crown, and tail-end. Sharing the Virungas with their big brother the Mountain Gorilla, they face the same threats; snares, human encroachment, etc. and are listed on the IUCN Red List of critically endangered species. Little is known about the golden monkey's behavior. They live in social groups of up to 30 individuals. Adult monkeys frolic in plain view, feeding on bamboo leaves and leaping from perch to perch while females carry their young, completely oblivious of on-lookers. Tracking usually takes anything from 2 to 4 hrs. Once you come to the habituated families, you will spend the allowed one hour with them as they go about their daily life. Afterward, trek back to base and drive to the lodge for a deserved shower then lunch. In the afternoon, you go on a tour to the nearby ex-poacher's village. Overnight in Kigali An award-winning conservation initiative, former poachers were convinced to renounced their old ways and become conservation activists. Together with their families, they founded this little village where they now participate in eco-tourism showcasing Rwandan culture. Visitors can learn about traditional skills like fire-making, archery, traditional medicine, traditional architecture (totally unique grass thatched huts that were used for the kings), traditional medicine, cultural dances, etc. among other attractions.

You have a second early wake-up and return to the Park HQs to be allocated a gorilla tracking group. Briefing by your trackers then drive to the trailhead for the start of your amazing adventure. Our exhilarating trek starts in the cultivated foothills of the Virungas with stirring views in all directions. Upon entering the national park, trekkers will be immersed in the mysterious intimacy of the rainforest, alive with the colorful bird calls, littered with fresh spoor of the mountains- elusive buffalo and elephant. Through gaps in the canopy, the magnificent Virunga peaks are glimpsed, among the highest in Africa. Weaving through overhanging vines, moss-covered agenda trees and giant lobelias that thrive in the tropical climate, our experienced trackers, who have spent their entire lives close to this forest, soon bring us up close with one of the families. Upon sighting the gorillas, you will stay with them for a magical hour as they go about their daily life, feeding, playing, resting; raising their young. Coming face to face with a giant silverback must truly be one of the greatest wildlife experiences on earth! After lunch, drive through more Rwandan countryside to Gisenyi on the shores of Lake Kivu. You arrive at Lake Kivu Serena Hotel early evening with time to relax before dinner, on own account, then overnight. Overnight in Gisenyi Lake Kivu Serena Hotel is ideally located on a sandy beach, in the Rwandan resort town of Gisenyi, on the shores of Lake Kivu, the 6th largest lake in Africa. The nearby Virunga Volcanoes provide a spectacular backdrop on one side complimenting a panoramic view of the lake on the other. Accommodation comprises 66 air-conditioned rooms including 6 luxury suites, 23 family rooms and one room especially equipped for disabled guests. Other facilities include a boardroom, 3 conference rooms, a gym, outdoor swimming pool, tennis courts and a Water Sports Centre. LAKE KIVU SERENA HOTEL (BB) Together with her 7,000 km2 catchment area, multiple islands, and surrounding hills, Lake Kivu is just plain gorgeous. Lying in the Albertine Rift and covering most of Rwanda's western border with DR Congo, Lake Kivu, the largest water body is one of Africa's Great Lakes and the 6th largest in Africa. Further economic importance derives from the lake's estimated 65 billion m3 of dissolved methane gas which is extracted to run boilers at the Bralirwa brewery in Gisenyi. 89 km long by 48 km wide, the lakes 480m maximum depth makes it the fifteenth deepest in the world! It is also one of the world's only 3 known exploding lakes; it's not going to happen today though, so no need to worry. The lake empties into the Rusizi River which flows southwards into Lake Tanganyika.

Morning spent at leisure at Lake Kivu Serena Hotel in Gisenyi. You have time to relax and enjoy some of the hotel facilities: a gym, outdoor swimming pool, 2 tennis courts and now; a Water Sports Centre: Windsurfing and Kayaking are FoC for hotel guests. Other options (some at extra charge) include: Adventure-cat, boat-riding, swimming in the lake (at own risk), special lunches at Peace Island, hire a boat and visit the local fishing islands; or simply lie on the beach and be mesmerized. etc. In the evenings, visitors can awe at the red glow atop the Nyiragongo volcano across the border in DR Congo. It is still active! Following lunch, on own account, drive back to Kigali and check-in at Kigali Serena Hotel. Situated in Central Kigali, 10 km from Kigali International Airport, Kigali Serena Hotel accommodation comprises of 148 air-conditioned rooms in various categories: Standard, Deluxe, Superior, Prime (7), Junior Suites (18), Executive Suites (6) as well as a Presidential Suite. Other facilities include the elegant Milima Restaurant, the Lounge Bar offering a choice of three purpose-designed areas: the bar, the lounge and the terrace, two conference rooms, 3 other meeting rooms, an executive board room, business center, gymnasium, swimming pool, a Spa and WIFI internet access. In the evening, a farewell dinner will be hosted at one of Kigali-s local restaurants. Overnight in Kigali Kigali Serena Hotel (BB)

After breakfast, you will be transferred to the airport for your departure flight. END OF OUR SERVICES

Tour Date are as per Client Requirement.