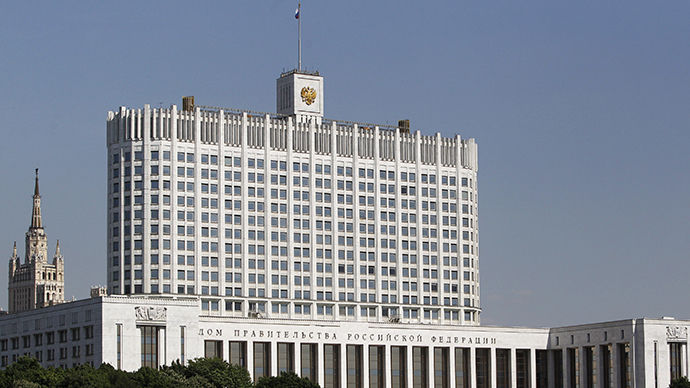 Breakfast at the hotel, Assemble at Hotel Lobby and meet English speaking Guide. Proceed to Visit Hermitage Museum Join us on a tour of the world’s largest museum complexes, consisting of 5 buildings. The Winter Palace, the Small Hermitage, the Old or Grand Hermitage, the Hermitage Theatre and the New Hermitage. Marvel at its striking collection both for its unprecedented artistic value and its size, when a visitor needs over 9 years to stop for a minute in front of its each exhibit Enjoy a unique opportunity to appreciate a very special charm and grandeur of royal living apartments and the treasures of world arts, be it the world’s largest malachite vase or 25 Rembrandts in one hall Seek a professional help of a guide when you face 3 million exhibits in 400 halls and 20 km (14.5 miles) walk ahead if you decide to visit them all Remember, it is a museum of superlatives at every step, whether you find yourself at displays of primitive, oriental, Russian art, or West European art from the 16th to 20th centuries If you think you no longer have the capacity to be amazed, remember the final floor of the Hermitage, with its outstanding collection of impressionists and post-impressionists to take your breath away, Lunch at Indian restaurant: Proceed for St. Petersburg City Tour Tour of a city, rightfully described as «Northern Venice» or «Pearl of the Baltic Drive along the «Great Perspective» world-famous today as Nevsky Prospect lined with marble palaces of Russian royalty and aristocracy, with most fashionable boutiques and art salons arranged in old settings of the 18th century, trading rows and arcades, with impressive classical and Renaissance cathedrals and churches as its backdrop, enjoy this 4.5 km long thoroughfare cut through woods and marshes from the Admiralty with the city’s symbol (2 ship) on top of its gilded spire to the Monastery of Alexander Nevsky, one of four Russia’s Lavras with its magnificent Trinity Cathedral and its cemetery where Dostoevsky, Tchaikovsky and other world celebrities were buried Stopover at an excellent picture opportunity with a stunning panorama along the Neva’s embankments, by the city’s Rostral Columns you will have a view of the 5 buildings of the State Hermitage Museum and the fortress of St. Peter and Paul - the cradle of Russia’s new capital, the first public museum of the country - the Chamber of Curiosities, founded by Peter the Great and the 4th world’s largest domed structures - St. Isaac Cathedral with «The Bronze Horseman» unveiled in Senate Square. Drive-by Summer Garden with the oldest royal stone palace and breathtaking collection of Italian statues and sculpture set in a natural environment of linden trees and ponds with ducks and swans, all surrounded by cast-iron fence whose beauty is frequently described as every kilo of cast iron being worth a kilo of gold Stop in the Field of Mars with the eternal flame lit in the center of the monument to victims of revolutions and wars, take pictures of the Resurrection Cathedral on the Spilt Blood at its background, one of the most unusual monuments of Russian Orthodox architecture built on the spot where Alexander II was assassinated Drive through the Square of Arts which is a perfect classical ensemble of the city; 20: 00: Dinner at Indian Restaurant 21: 00: Back to the hotel and overnight at hotel

Breakfast at the hotel Assemble at Hotel Lobby and meet English speaking Guide, Transfer to pier for Hydrofoil, Transfer to Visit Peterhoff Park, Visit Peterhoff Park: TOUR HIGHLIGHTS After a 22-mile drive through the suburbs of St. Petersburg reach Peterhoff, a former summer residence of the Russian tsars’ in the 18th - 19th centuries. Explore Peterhoff designed to the request of Peter the Great to rival Versailles. 300-acre parks on the shore of the Finish Gulf, spectacular fountains, the Grand Palace, crowning the hill above the fountains and about 20 smaller Palaces and pavilions represent «Russian Versailles» now. Enjoy picturesque Lower Gardens with three unique cascades, dozens of powerful water jets and miniature palaces - Monplaisir, Marly and Hermitage. Take a deep breath looking at the center of the composition, the Grand Palace and Grand Cascade, including staircases, waterfalls, an avenue of 64 fountains and 37 gilded statues Take a picture of the symbol of Peterhoff, «Samson killing a lion» fountain, an allegory of the crucial victory of Russians over the Swedish army at Poltava in 1709. Lunch at Indian Restaurant, Shopping at Nevsky Street / Galleria Mall, Transfer to Indian Restaurant, Dinner at Indian Restaurant, Back to the hotel and overnight at hotel

Breakfast at the hotel, Proceed to visit Kremlin Territory + Cathedral. Cathedral Square, a breathtaking architectural ensemble of the 15th – 17th centuries, where the life of Russian grand princes and tsar started and ended, the Annunciation Cathedral where they were baptized/Christianize, the Assumption Cathedral where they were crowned and the Archangel Michael Cathedral where they were buried. Tsar’s Bell and Tsar Cannon, stunning examples of casting of the 16th – 18th centuries. The Grand Kremlin Palace, from the imperial residence to the Russian President’s gala reception quarters. Political and governmental buildings of the Kremlin, the Senate, the Palace of Congresses, the Arsenal. Kremlin walls and towers, a unique fortress of middle Ages’ Russia. Bell Tower Lunch at Indian Restaurant, TransferMoscow RED Square Tour, Red Square, enjoy a unique architectural ensemble of the 4th largest square in the world, the Cathedrals of St. Basil and Our Lady of Kazan, the biggest History Museum of Russia, the Trading Arcades of GUM (State Universal Store), Lenin’s tomb and necropolis. Aleksandrovsky Garden World-famous Moscow Metro Tour: was opened on May 15, 1935, is the main public transport of the Capital connecting the central part of the city with industrial and residential areas. At present Moscow Metro carries 56% of the whole number of passengers. Proceed for rest City tour including: St. Sofia’s Embankment, photo stop with a splendid panoramic view of the Kremlin. The Cathedral of Christ the Saviour, Russia’s spiritual revival. New Maiden Convent, a fortress and monastic ensemble of the 16th century, a world-famous cemetery. Moscow State University campus a panorama platform on Vorobiovy (Sparrow) Hills. The White House of the Russian Federation, a landmark of post-reformed Russia. Moscow’s boulevards, a historical and cultural center of Moscow with its museums, theatres and memorial places. Theatre square, the world-famous Bolshoi. Transfer to Circus Venue, Russian Circus performance start., Transfer to an Indian Restaurant for dinner, Dinner at Indian Restaurant, Transfer to hotel, Overnight at the hotel

Enjoy an American breakfast at your hotel. Later today, proceed to the airport as this fantastic tour comes to an end. Return home with wonderful memories of your tour with Akshar Travels.

05 buffet breakfast in the Hotel

A/c transport & English speaking guide for transfers and sightseeing as per Itinerary.