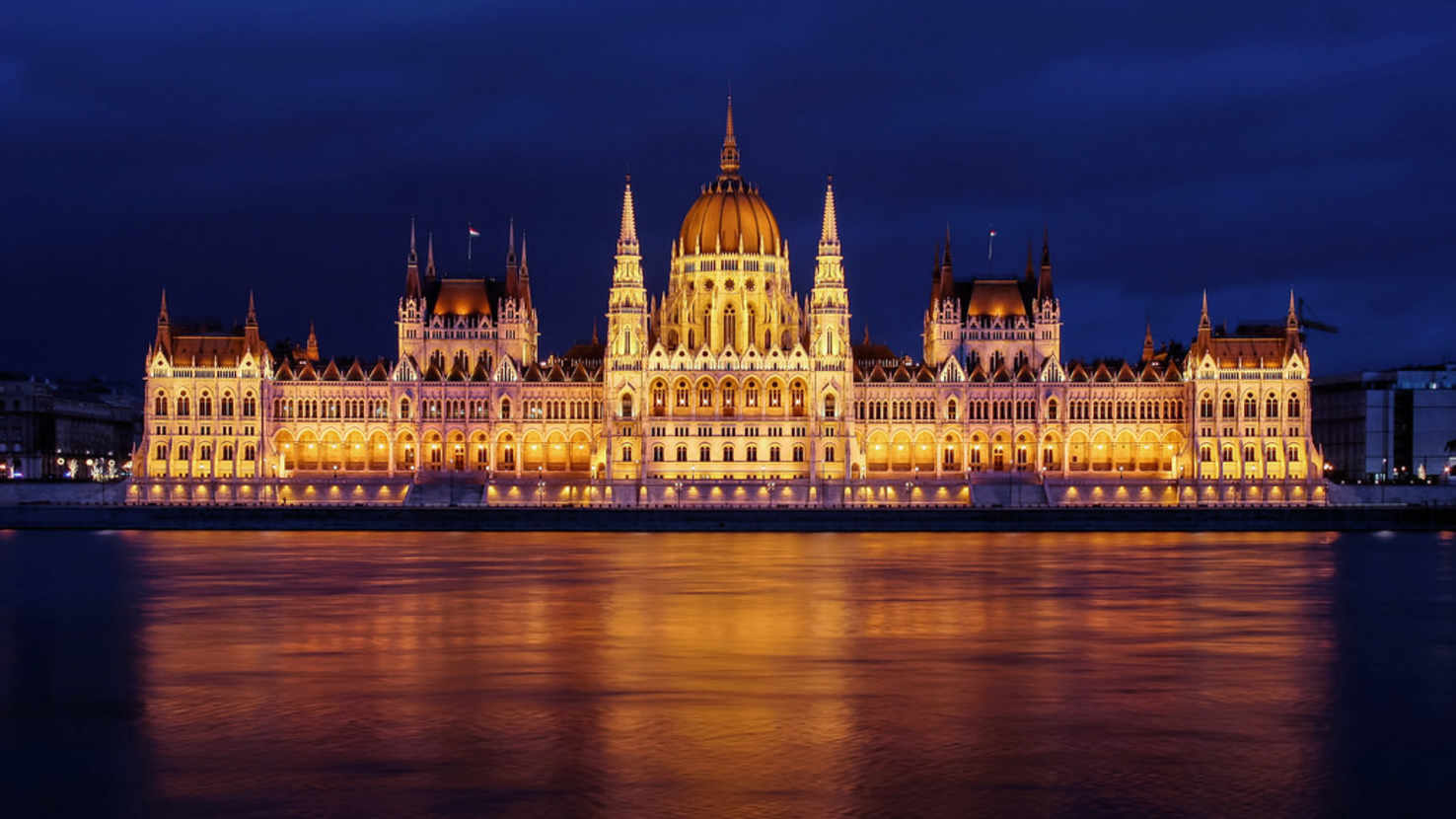 Romania Bulgaria Serbia Tour (Mumbai to Mumbai) guests will report at Chhatrapati Shivaji International Airport-respective airline terminal, four hours prior to the scheduled flight departure time. After collecting the snacks hamper from Airport Representative and completing check in formalities, guests along with Tour Manager will travel to Belgrade - Known as the white city, is one of the oldest cities in Europe and built on the confluence of two rivers. Joining & Leaving (J&L) Tour guests will directly join at Belgrade Airport as per the scheduled group flight arrival time. J&L Tour guests who have already reached Serbia can meet the scheduled group as per the guidelines given by Tour Manager. Upon arrival, Tour Manager will guide all guests for airport formalities and proceed to the city. Today we explore Belgrade city, we see Parliament Building - seat of the National Assembly of Serbia, Republic Square - one of the central town squares, National Theatre - one of the oldest and most important cultural institutions in Belgrade, National Museum, Cathedral of St. Sava - a Serbian Orthodox church. Later we walk through Knez Mihailo street - the main pedestrian and shopping zone in Belgrade, followed by a visit to Belgrade Fortress - built as a defensive structure on a ridge overlooking the confluence of the Sava and the Danube rivers during the period from the 2nd to the 18th century.

Today we proceed to Nis - the third largest city in Serbia and the birthplace of the Roman Emperor Constantine the Great – the man credited with converting the Roman Empire to Christianity. Upon arrival we explore Nis city, we see Niš Fortress – one of the nicest Turkish military fortifications in Balkans, Skull Tower- a stone structure embedded with human skulls and Archaeological Hall. Later we proceed to Sofia - the city’s landmarks reflect more than 2,000 years of history, including Greek, Roman, Ottoman and Soviet occupation. Upon arrival we explore Sofia city, we see Parliament Building, Alexander Nevsky Cathedral - one of the biggest Orthodox Christian cathedrals in the world and is dedicated to the Russian soldiers that lost their lives in the course of liberation, Russian Church - known as the Church of St Nicholas the Miracle-Maker, National Theatre - Imposing neoclassical theatre and is home to a diverse program of stage productions, National art gallery - Bulgaria's national gallery, and houses over 50,000 pieces of Bulgarian art, Largo Square – an architectural ensemble of three buildings designed and built in the 1950s with the intention of becoming the city’s representative centre, The Presidency – The office of Bulgarian president, St. George Rotunda church - an Early Christian red brick rotunda that is considered the oldest building in Sofia, Ruins of Serdica - city’s prehistoric and ancient artefacts.

Today we visit Rila Monastery – a UNESCO World Heritage Site, is the largest and most famous Eastern Orthodox monastery in Bulgaria. Later we visit Boyana Church – a UNESCO World Heritage Site, is a medieval Bulgarian Orthodox church which is known for its interior frescos dating from the late 900s. In the evening we enjoy Bulgarian folklore show with dinner.

Today we proceed to Plovdiv – known as ‘The City of the Seven Hills’, is the second-largest city in Bulgaria after Sofia. Upon arrival we walk through the Old Town - the place where history and culture mix to reveal glory of the town during the centuries. Followed by a visit to Roman Amphitheatre - This ancient theater, restored in the 20th century, lives on as a venue for dramatic and musical performances, Roman Stadium – sport events and gladiator fights were conducted in the past. It is among the largest and best preserved buildings from the time of the Ancient Rome in the Balkan peninsula. Later we see 15th Century Jumaya Mosque. In the afternoon, we proceed to Veliko Tarnovo – known as the City of the Tsars, a town situated in North Bulgaria. Enroute we take a photo stop at Rose valley. Upon arrival we visit Tsarevets hill with its solid fortress walls, royal palaces, patriarchal church and Baudouin's Tower, reminding of the Latin Emperor Baudouin of Flanders who was captured by Tsar Kaloyan. Later we walk along Samovodene market with its original workshops from the period of the National Revival.

Today we proceed to Bucharest - the capital and largest city of Romania, as well as its cultural, industrial, and financial centre. Upon arrival we explore Bucharest city, we see Palace of Parliament – heaviest building in the world, Arcul de Triumf - a triumphal arch, built to commemorate Romania’s World War I dead, Victoriei Avenue - one of Bucharest’s oldest streets, Cantacuzino Palace - it houses the George Enescu museum, Cotroceni Palace - official residence of the President of Romania, National Museum - It features collections of medieval and modern Romanian art, as well as the international collection assembled by the Romanian royal family, Romanian Athenaeum - a concert hall in the center of Bucharest, Opera House - The Romanian National Opera, Vernescu Manor, Ghica Palace - one of the oldest palaces in the city, Romanian Academy - a cultural forum founded in Bucharest and it covers the scientific, artistic and literary domains, Romana Square – yet another public square of Bucharest, University Square - located in downtown near the University of Bucharest, Revolution Square - a square in central Bucharest, Royal Palace - served as official residence for the Kings of Romania and now the Palace hosts the National Museum of Art of Romania, Unirii Square - one of the largest squares in central Bucharest. Later we walk through the open air Village Museum which contains 272 authentic peasant farms and houses from all over Romania.

Today we do full day excursion to Bran - a commune in Bra?ov County, Romania. Upon arrival we visit Dracula Castle - a national monument and landmark in Romania. Surrounded by an aura of mystery and legend and perched high atop a 200-foot-high rock, Bran Castle owes its fame to its imposing towers and turrets as well as to the myth created around Bram Stocker's Dracula. Later we visit the famous and very beautiful Peles Castle - one of the best preserved royal palaces in Europe. It served as summer residence for several Romanian monarchs including King Carol I.

It’s time now to say goodbye! Romania Bulgaria Serbia Tour (Mumbai to Mumbai) guests will proceed to Bucharest Airport as per the scheduled group flight departure time. After completing airport formalities, Romania Bulgaria Serbia Tour guests will travel back to Mumbai with Tour Manager. Joining & Leaving (J&L) Tour guests can be dropped at Bucharest Airport along with scheduled group or they can have their own arrangements made for the return journey back home. Romania Bulgaria Serbia Tour concludes with mixed feelings! Happy to have made so many good friends, visited beautiful places and collected joyful memories to be cherished for a lifetime. We leave with a heavy heart as the golden days of the Tour come to an end. Let’s stay in touch with each other through email, phone, WhatsApp, Facebook, Instagram and meet again on more such wonderful tours. wishes all guests a very happy, healthy and wonderful life ahead. 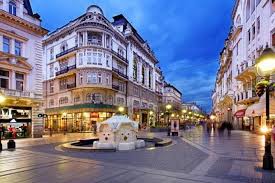 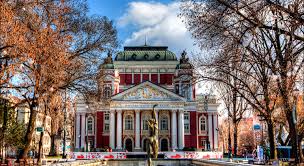 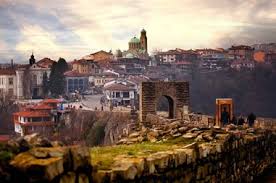