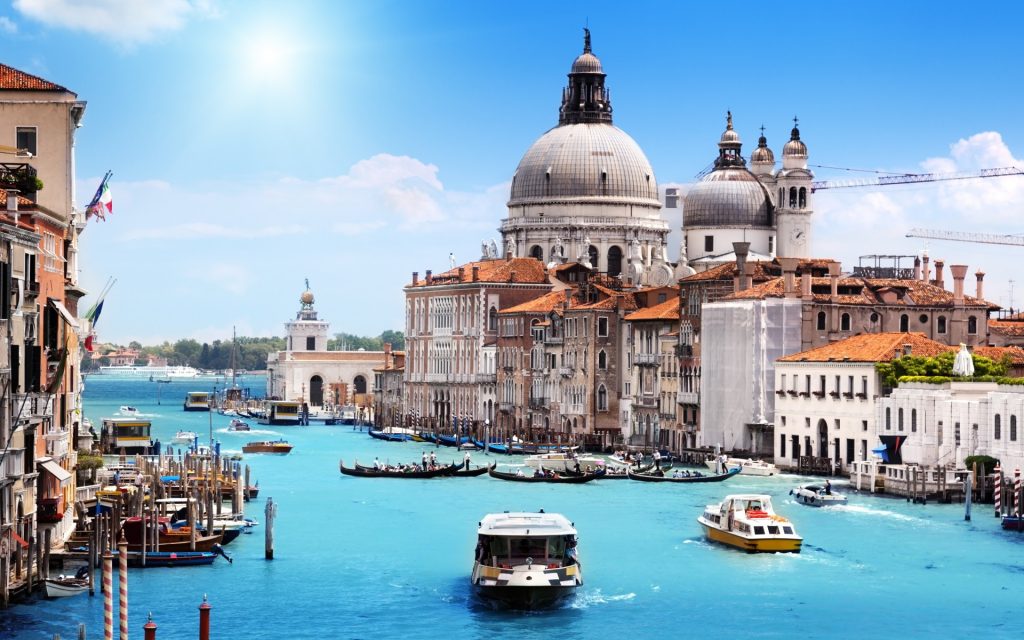 Italy Austria Swiss Tour (Ahmedabad to Ahmedabad) guests will report at Sardar Vallabhbhai Patel International Airport-respective airline terminal, four hours prior to the scheduled flight departure time. After collecting the snacks hamper from Airport Representative and completing check in formalities, guests along with Tour Manager will travel to Rome – Capital of Italy and one of the oldest cities in the world. Joining & Leaving (J&L) Tour guests will directly join at Rome Airport as per the scheduled group flight arrival time. J&L Tour guests who have already reached Italy can meet the scheduled group as per the guidelines given by Tour Manager. Upon arrival, Tour Manager will guide all guests for airport formalities and proceed to the city.

Today we do a half day excursion to Vatican City – world’s smallest country where the Pope lives and is often called Holy See. Upon arrival we visit Vatican Museum to see Michelangelo's Frescoes, the Last Judgement, Sistine Chapel and St. Peter's Basilica - an Italian Renaissance church and an important pilgrimage site. It is the largest church in the world. Later we proceed back to Rome. Upon arrival, we drive through the amazing historical sights of Rome, we see Tiber River – third longest river in Italy, Roman Forum - a rectangular forum surrounded by the ruins of several important ancient government buildings at the centre of the city of Rome, Circus Maximus - an ancient Roman chariot-racing stadium and mass entertainment venue, Piazza Venezia - the central hub of Rome, Colosseum- Also known as the Flavian Amphitheatre. It is an iconic symbol of Imperial Rome and is listed as one of the New 7 Wonders of the World, Trevi Fountain - the largest Baroque fountain in the city and one of the most famous fountains in the world.

Today we proceed to Pisa - a city in Italy's Tuscany region best known for its iconic Leaning Tower. Upon arrival we explore Pisa city, we see Square of Miracles – a UNESCO World Heritage Site, an important centre of European medieval art and one of the finest architectural complexes in the world which is dominated by four great religious edifices: the Pisa Baptistry, Pisa Cathedral, the Leaning tower of Pisa, and the Monumental Cemetery. Baptistery – a Roman Catholic ecclesiastical building in Pisa, Pisa Cathedral - a medieval Roman Catholic cathedral dedicated to the Assumption of the Virgin Mary and is a notable example of Romanesque architecture and Leaning tower of Pisa – a freestanding bell tower, of the cathedral of the Italian city of Pisa, known worldwide for its nearly four-degree lean, the result of an unstable foundation. Later we proceed to Florence - the birthplace of the Renaissance. Upon arrival we take a photo stop at Piazzale Michelangelo Point – also known as Square of Michelangelo which offers a beautiful panoramic view of Florence and the Statue of David - Michelangelo’s famed Renaissance-era marble sculpture depicting the Biblical hero David.

Today we proceed to Venice- built on more than 100 small islands in a lagoon in the Adriatic Sea. It has no roads but just canals. Upon arrival we enjoy Vaporetto water bus ride to Venice Island and the Gondola ride in the famous canals of Venice, followed by a visit to Glass blowing factory – here we see how a glass artisan will transform a molten glass into a unique piece of art. Later we walk through Venice city, we see the Bridge of Sighs – an enclosed limestone bridge in baroque style which passes over the Rio di Palazzo, and connects the New Prison to the interrogation rooms in the Doge's Palace, Doge’s Palace - a palace built in Venetian Gothic style, and was the residence of the Doge of Venice, Bell Tower – also known as St Mark's Campanile, is the bell tower of St Mark's Basilica which is 98.6 metres (323 ft) tall, St. Mark's Square - principal public square of Venice and St Mark's Basilica – also known as The Patriarchal Cathedral Basilica of Saint Mark, is the most famous of the city's churches and one of the best known examples of Italian-Byzantine architecture. In the evening we proceed to Padova.

Today we visit Swarovski crystal world and Museum at Wattens. Further we proceed to Innsbruck – Europe's most picture-perfect Old Towns, surrounded by the snow-capped peaks. Upon arrival we explore Innsbruck city, we walk through the bridge over Inns River, Golden roof- Innsbruck's most famous landmark shines in the heart of the historic old town. The splendid alcove balcony with 2,657 fire-gilded copper tiles that adorn the roof, Maria Theresien Strasse- named after Empress Maria Theresia, which dates back to the first city expansion in the 13th century. Today it is one of the busiest streets in the city

Today we proceed to the baroque city of Salzburg – a UNESCO World Heritage Site, Mozart's birthplace and the filming location for The Sound of Music movie. Upon arrival we walk through the city and see Salzburg Cathedral- the centrepiece of Salzburg. It stands out as a masterpiece of early baroque art, Residenz Fountain - considered to be the most beautiful fountain in the city of Salzburg, Love lock bridge over Salzac river- a symbol of eternal love. Couples mark their locks with their names or initials and toss the key into the river, Getreide Gasse- a busy shopping street in the historic altstadt of Salzburg, and a UNESCO World Heritage Site since 1996, It is also known as the birthplace of Wolfgang Amadeus Mozart at No. 9, where he lived until the age of 17, Linzer Gasse- yet another beautiful street with its handicrafts, old shops, countless restaurants and hostels. Later we visit Mirabell Gardens – horticultural masterpiece and one of the most important shooting locations from the famous Hollywood musical ‘The Sound of Music’. Later we take the funicular ride to Hohensalzburg Fortress - more than 900-year-old Fortress, also an evidence of Salzburg’s medieval history. Here we see the torture room, weapon exhibits and Marionette Museum.

Today we visit Hallein Salt Mine- – also known as Salzbergwerk Dürrnberg, is an underground salt mine. Later we proceed to Munich and Say cheers to Germany's beer capital. Its motto is "München mag dich" (Munich loves you). Upon arrival we explore Munich City, we see Hofbräuhaus – the oldest beer house founded in 1589 by the Duke of Bavaria, Marienplatz - the centre of Munich city since the 12th century and its iconic Rathaus-Glockenspiel- world's most extravagant clock. This tower on Munich's Marienzplatz features a clock face, 43 bells and more than 30 full-sized mechanical figures. The figures act out scenes from German history and mythology, Opera house- the majestic national theatre of the city

Today we proceed to Vaduz – the capital of the principality of Liechtenstein which is Europe’s fourth-smallest country. Upon arrival at Vaduz we enjoy a City Tram ride which takes us through historical part of old city. After a scenic tram ride we visit yet another natural beauty at Schaffhausen (Neuhausen), Rhine Falls - the most powerful waterfall in Europe. Here we enjoy Boat ride for a spectacular view of the falls. In the evening we proceed to Lucerne – a beautiful city in the heartland of Switzerland. En-route we pass by Zurich Lake- the focal point of Zurich and a favourite shore for tourists and locals. The entire lake side is lined with promenades and parks, where local residents catch the sun, jog, picnic, and swim in the lake.

Today we proceed to Engelberg- the largest winter and summer holiday destination. From here we do half day excursion to Mt Titlis – Central Switzerland’s highest peak. We take ‘Titlis Rotair’- the first cable car with revolving gondolas in the world to the summit Station, enjoying panoramic views of the Swiss Alps along the way. Upon arrival at the summit, we visit Ice Grotto, enjoy thrilling Ice Flyer ride and Snow sliding. In the afternoon we proceed to Lucerne. Upon arrival we explore Lucerne city, we see Lion Monument - a giant dying lion carved out of a wall of sandstone rock, which commemorates the Swiss Guards who were massacred in 1792 during the French Revolution, Kappelbrucke Wooden Bridge - world's oldest covered wooden bridge spanning the River Reuss. In the evening we enjoy Lake Lucerne Dinner cruise with Swiss Folklore music.

Today we do a full day excursion to Jungfraujoch – Top of Europe. En route we visit Trummelbach Glacial waterfalls- a series of ten glacier-fed waterfalls and world's only glacier waterfalls that are accessible underground by lift, galleries, tunnels, paths and platforms. Later we board a cogwheel train and admire the view of the picture-perfect peaks of Eiger, Mönch and Jungfrau along the way and then disembark at Europe’s highest railway station which is at an elevation of 3,454 metres (11,332 ft). Upon arrival we see the breath taking view of snow clapped mountains, Ice sculptures, Ice Palace and Sphinx Terrace. In the evening we explore Interlaken city- a traditional resort town in the mountainous Bernese Oberland region of central Switzerland. Built on a narrow stretch of valley, between the emerald-colored waters of Lake Thun and Lake Brienz

It’s time now to say goodbye! Italy Austria Swiss Tour (Ahmedabad to Ahmedabad) guests will proceed to Zurich Airport as per the scheduled group flight departure time. After completing airport formalities, Italy Austria Swiss Tour guests will travel back to Ahmedabad with Tour Manager. Joining & Leaving (J&L) Tour guests can be dropped at Zurich Airport along with scheduled group or they can have their own arrangements made for the return journey back home. Italy Austria Swiss Tour concludes with mixed feelings! Happy to have made so many good friends, visited beautiful places and collected joyful memories to be cherished for a lifetime. We leave with a heavy heart as the golden days of the Tour come to an end. Let’s stay in touch with each other through email, phone, WhatsApp, Facebook, Instagram and meet again on more such wonderful tours. wishes all guests a very happy, healthy and wonderful life ahead. 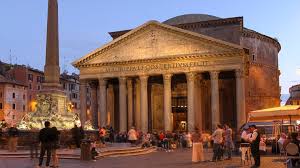 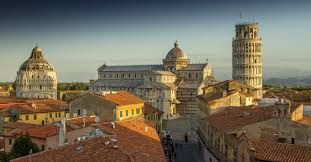 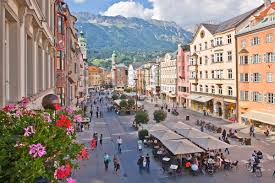 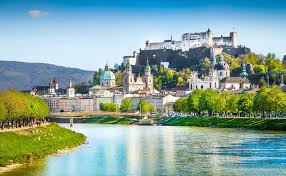 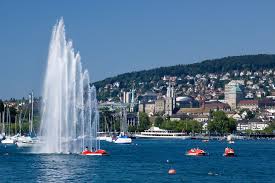 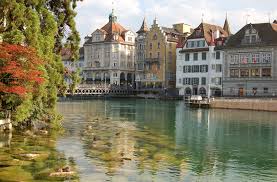