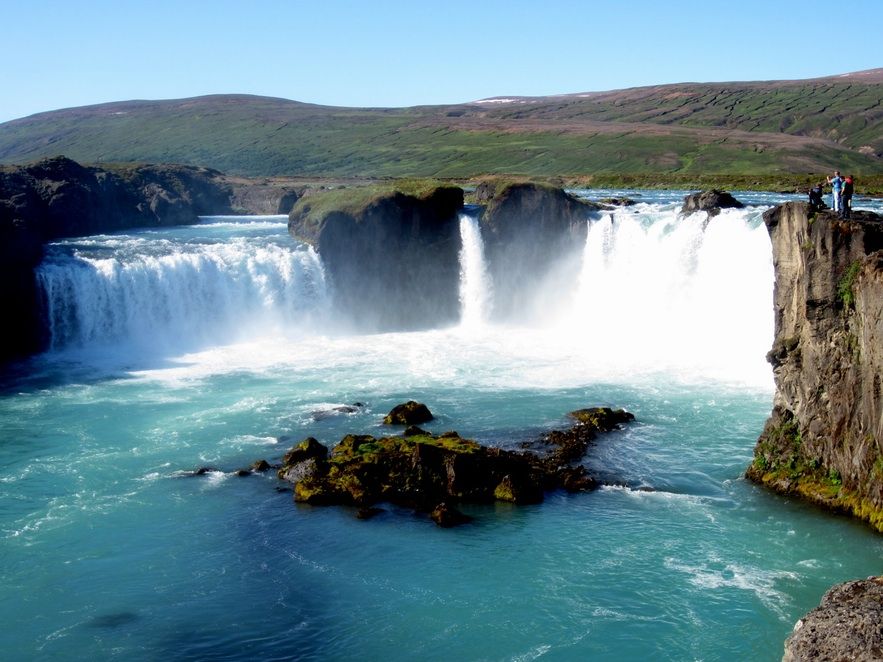 Iceland Jewels Tour (Ahmedabad to Ahmedabad) guests will report at Sardar Vallabhbhai Patel International Airport-respective airline terminal, four hours prior to the scheduled flight departure time. After collecting the snacks hamper from Airport Representative and completing check in formalities, guests along with Tour Manager will travel to Reykjavik – located on the coast of Iceland, is the capital and largest city of Iceland. Joining & Leaving (J&L) Tour guests will directly join at Reykjavik Airport as per the scheduled group flight arrival time. J&L Tour guests who have already reached Iceland can meet the scheduled group as per the guidelines given by Tour Manager. Upon arrival, Tour Manager will guide all guests for airport formalities and proceed to the city. Today we explore Reykjavik city, we see Sun Voyager - a dreamboat, an ode to the sun. It symbolizes the promise of undiscovered territory, a dream of hope, progress and freedom. Harpa concert hall - an award-winning building situated at the old harbour, City Hall - houses the offices of the mayor of Reykjavík and a large 3D map of Iceland, Parliament House - a classical 19th century structure which houses the Icelandic parliament, Hallgrimskirkja Church - both a parish church and a national sanctuary in Iceland. It is the largest church in Iceland

Today we visit Deildartunguhver Hot spring - the highest flowing hot spring in Europe and is widely known for its rapid flow rate of 180 litres (380 pints) per second, Hraunfossar waterfall - a series of beautiful waterfalls formed by rivulets streaming out of the Hallmundarhraun lava field, Barnafoss waterfall - a rapid waterfall in West Iceland. Later we visit Langjokull Glacier - the second largest glacier in Iceland. Here we visit the unique manmade Ice tunnel - 1200 meters above sea level and take guided tour by monster truck through the glacier Cap. In the evening we proceed to Reykholt - a tiny village in west Iceland, famous for being the home of Iceland's best-known author Snorri Sturluson.

Today we proceed to Akureyri - Capital of North Iceland, is Iceland’s second largest town. Upon arrival we explore Akureyri city, we see the Church - a prominent Lutheran church, it contains a notably large 3200-pipe organ, a beautiful Fjord water front area, Old town - the oldest part of the town which is home to many of the museums and historic buildings, Pedestrian Street – along this street we can find restaurants, independent coffee shops, various stores, and hotels.

Today we enjoy Whale watching cruise which offers the chance to spot humpback whales, mink whales, white-beaked dolphins, and more. Later we proceed to North Iceland’s most famous Diamond Circle tour which uncovers the natural beauty of the utterly unique landscape of Northern Iceland. Our first stop is at Godadoss waterfall- the famous 'Waterfall of the Gods', Lake Myvatn- one of Iceland's most interesting regions with fantastic volcanic formation, geothermal activity and lake itself. Further we see Dimmuborgir lava formations and Skutustadur pseudocrates – this area is composed of various volcanic caves and rock formations, craters, reminiscent of an ancient collapsed citadel. Followed by a visit to the amazing boiling mud pools and steam vents of Namaskard, and the Krafia area, where a series of volcanic eruptions took place from 1975-1984, Dettifoss- the biggest and most powerful waterfall of Iceland. In the evening we proceed to Egilsstadir - a town in east Iceland on the banks of the Lagarfljót river.

Today we get a beautiful view of Vestrahorn Mountain from shallow lake. Later we visit Jökulsárlón Glacier Lagoon – one of the most spectacular sights in Iceland. Enormous icebergs constantly break off the glacier into the lagoon, melting slowly as they drift towards the sea nearby. Here we enjoy amphibian boat ride and then we walk around the lagoon to admire this amazing landscape. Followed by a visit to Diamond beach - a black volcanic sand beach where icebergs from the Breidamerkurjokull glacier drift ashore. In the evening we proceed to Vik – a seafront village in the fertile Myrdal Valley. En route we pass by Skaftafell National Park – a preservation area with stunningly diverse geological features and scenery.

Today we visit Reynisfjara - a world-famous black-sand beach. Here we see basalt rock columns location from Gerua song. Later we see Skogafoss Waterfall - a waterfall situated on the Skógá River in the south of Iceland at the cliffs of the former coastline. Followed by a visit to Seljalandsfoss waterfall – here we can walk behind the falls. In the afternoon we visit the Blue Lagoon - a geothermal spa and is set in the middle of the black lava field

Today we take the Golden Circle Tour. Here we visit Thingvellir National Park - a UNESCO World Heritage Site, home to the rift valley between the North American and Eurasian tectonic plates and the site of the ancient Icelandic parliament. Later we visit Geysir - home to the Littli Geysir & the great Strokkur Geyser which erupts about every 8 Minutes, Gullfoss Waterfall - one of the most impressive waterfall in Europe that falls in two folds. In further we proceed back to Reykjavik. Upon arrival we visit Fridheimar Tomato Farm. It’s time now to say goodbye! Iceland Jewels Tour (Ahmedabad to Ahmedabad) guests will proceed to Reykjavik Airport as per the scheduled group flight departure time. After completing airport formalities, Iceland Jewels Tour guests will travel back to Ahmedabad with Tour Manager. Joining & Leaving (J&L) guests can be dropped at Reykjavik Airport along with scheduled group or they can have their own arrangements made for the return journey back home. Iceland Jewels Tour concludes with mixed feelings! Happy to have made so many good friends, visited beautiful places and collected joyful memories to be cherished for a lifetime. We leave with a heavy heart as the golden days of the Tour come to an end. Let’s stay in touch with each other through email, phone, WhatsApp, Facebook, Instagram and meet again on more such wonderful tours. wishes all guests a very happy, healthy and wonderful life ahead. 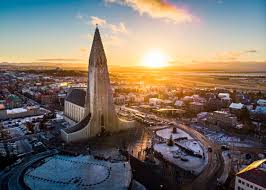 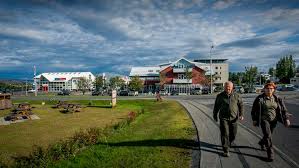