Welcome to Jordan! Finalize the airport procedure and you will be transferred to your hotel. Arrive at your hotel and check in. Later day is free for leisure. Later evening depart for Dinner. Overnight stay in Amman.

After breakfast, proceed to the Eastern Desert to visit Al Kharraneh Castle, Amra Castle (a UNESCO World Heritage site), and Al Azraq Castle where Lawrence of Arabia resided and wrote part of his book “Seven Pillars of Wisdom”. Proceed to the Dead Sea, the lowest point on earth deep in the Jordan Valley and 55 km southeast of Amman, is the Dead Sea, one of the most spectacular natural and spiritual landscapes in the whole world. It is the lowest body of water on earth, the lowest point on earth, and the world's richest source of natural salts, hiding wonderful treasures that accumulated throughout thousands of years. Then return back to Amman. Overnight in Amman.

After breakfast, enjoy a Panoramic Tour in the city of Amman then we head to visit the ancient Roman city of Jerash, including the paved and colonnaded streets, soaring hilltop temples, theatres, spacious public squares and plazas, baths, fountains and city walls. Proceeding to northern Jordan to visit one of the most important ecological and historical sites in the Middle East; Ajloun. Ajloun Castle (Qal’at Ar-Rabad) is a fine example of Islamic architecture as it was built by Saladin’s general in 1184 AD to control the iron mines of Ajloun, and to counter the progress of the Crusaders by dominating the three main routes leading to the Jordan valley and protecting the communication routes between Jordan and Syria. Then return back to your hotel in Amman. Overnight stay in Amman.

After breakfast, we head to visit Madaba, a city best known for the famous 6th century Mosaic map of Jerusalem & Holy Land and for its spectacular Byzantine and Umayyad mosaics. Proceed to Mt. Nebo (site only as the church is closed down for renovation) a city mentioned in the bible as the place where Moses was granted a view of the promised land that he would never enter. Proceed to visit Little Petra best known as Al Beidha (the White One) due to the pale rock colors. Little Petra, also known as Siq al-Barid (literally "the cold canyon") is an archaeological site located north of Petra and the town of Wadi Musa in, it is a Nabatean site, with buildings carved into the walls of the sandstone canyons. As its name suggests, it is much smaller, consisting of three wider open areas connected by a 450-metre (1,480 ft.) canyon. It is part of the Petra Archeological Park, though accessed separately. Then continue to Petra. Overnight stay in Petra.

After breakfast, we head to visit the Nabatean Red Rose city of Petra, one of the 7 world wonders and a UNESCO World Heritage site. Enter the city through 1KM long narrow gorge which is flanked either side by 80m high cliffs! Notice the dazzling colors and formations of the rocks. The site is massive, and contains hundreds of elaborated rock-cut tombs, a treasury, Roman-style theatres, temples, sacrificial altars and colonnaded streets. Overnight stay in Petra.

After breakfast, we head to Wadi Rum (a natural reserve) and explore it a 1.30 hour jeep ride into the Jordanian desert! Wadi Rum was best described by T.E. Lawrence as “Vast, echoing and god-like”, and by the locals as “Valley of the Moon”. Then return back to Amman. Overnight stay in Amman.

After breakfast, Day is at leisure, You can explore Amman at your convenience. Opt for Shopping. Overnight stay in Amman.

After breakfast, Check out and transfer to the  Airport for departure to your final destination. 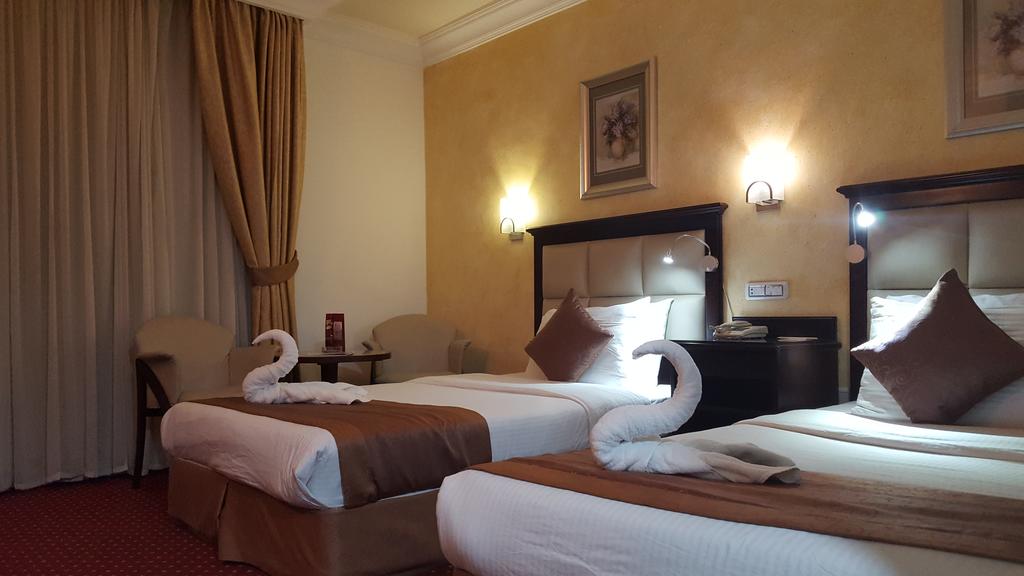 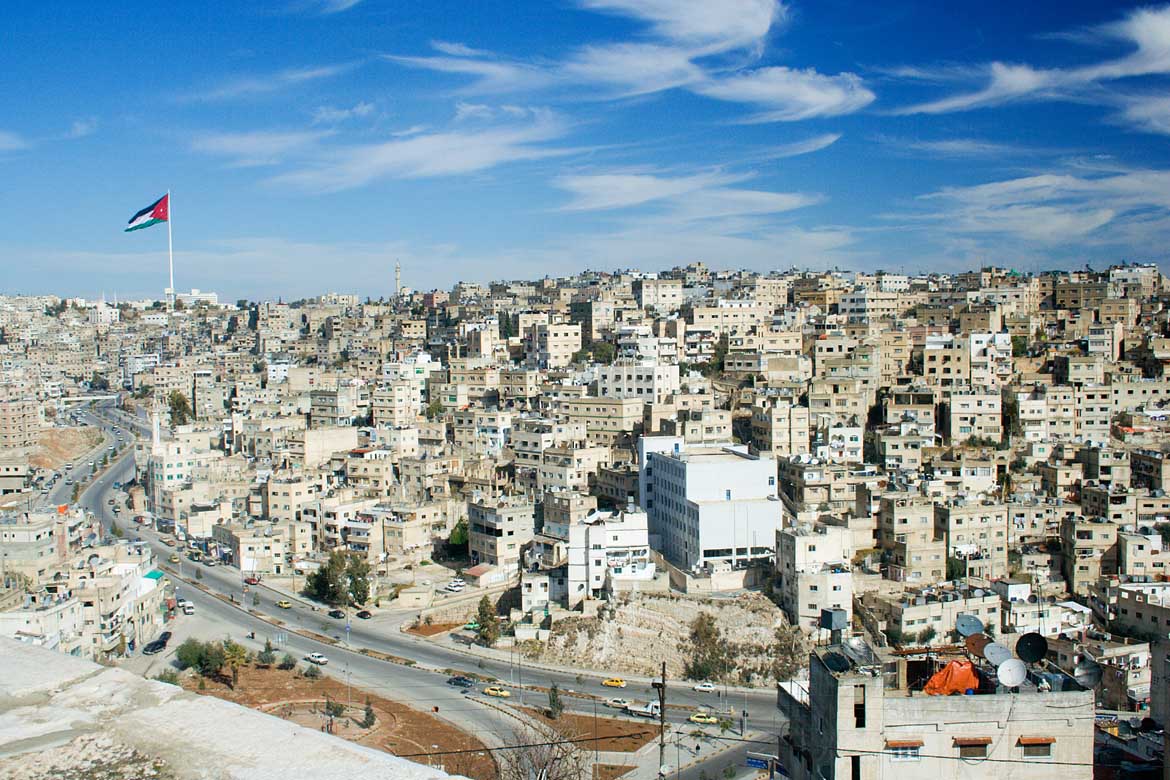 Amman is the great blend of old and new, and it is the largest and capital city of Jordan. It always holds a lot of surprises for travelers. The sky-high buildings blend very well with the ancient culture. Amman is literally an unspoiled destination, and it’s not everyone’s cup of tea; and those who get to sip it once long for more. You can also spend relaxed evening in one of terraces cafes of Amman or you can just walk up to watch incredible and breath-taking sunsets. 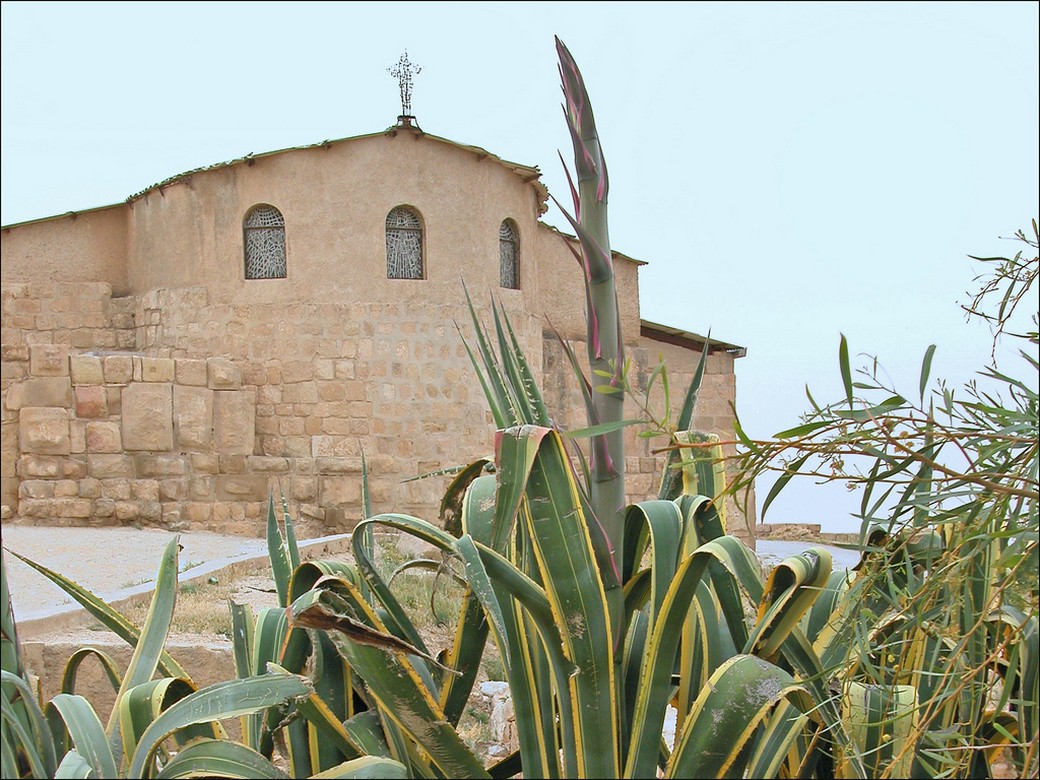 Mt. Nebo is significance, as it still offers panoramic views over the areas of Dead Sea, the west bank, the Jordan River. Visitors to Mount Nebo will see preserved mosaics uncovered from archaeological digs dating back to 6th century. It is literally adored by the visitors as it boasts amazing views.

Jordan is welcoming you to visit the “little Petra”, it is about 5 km away from Petra. It is their aim to show the real Jordan where people of faiths live together and welcomes visitors from all walks of life. To be very precise it is one of the Seven Wonders of the World, and surely it is love at first sight. It is the one that goes beyond a purely archaeological experience and gives visitors a chance to integrate the community.

Ancient city of Petra which is surrounded by the town of Wadi Musa, and it is home to sites including the iconic treasury, and the monastery. It is the major trading hub and the topmost icon of Jordan. Petra is world designated sights by UNESCO and gained the title of one of the Seven Wonders of the World. Wadi Musa is basically the town surrounding Petra and serves the tourists who flock the ancient city with its array of shops, restaurants and hotels.

Wadi Rum, the valley of moon is timeless. It is 80 km drive from the south of Petra, and its 74000 hectares of primeval landscape were designated a UNESCO Heritage since July 2011. It will be the greatest and exceptional experience during your entire visit. Walk in the desert at dawn and dusk, and watch the colors change as the sunsets. And most importantly sleep out under the clear night sky, drifting off after gazing up at a canopy brilliant with the Milky Way and the shooting stars.

Ajloun Castle is the greatest example of Islamic architecture. The 1st stage of construction began in the year 1184, which was built on the hill i.e. 1100 meters above sea level. The initial structure consisted of compact nucleus stronghold with four main towers. At that time it was the center for religious scholarship and a major commercial and agricultural hub known for its abundance of water and strategic locations on travel trade routes. It is truly an different but unique attraction that you will ever visit in worldwide.

Mount Nebo is an elevated ridge in Jordan, approximately 710 metres above sea level, mentioned in the Hebrew Bible as the place where Moses was granted a view of the Promised Land. The view from the summit provides a panorama of the Holy Land and, to the north, a more limited one of the valley of the River Jordan.

The world's most amazing place, the Jordan Rift Valley is a dramatic, beautiful landscape, which at the Dead Sea, is over 400m (1,312 ft.) below sea level. The lowest point on the face of the earth, this vast stretch of water receives a number of incoming rivers, including the River Jordan. Once the waters reach the Dead Sea they are land-locked and have nowhere to go, so they evaporate, leaving behind a dense, rich, cocktail of salts and minerals that supply industry, agriculture and medicine with some of its finest products. The Dead Sea is flanked by mountains to the east and the rolling hills of Jerusalem to the west, giving it an almost other-worldly beauty. Although sparsely populated and serenely quiet now, the area is believed to have been home to five Biblical cities: Sodom, Gomorrah, Adman, Zebouin and Zoar (Bela). One of the most spectacular natural and spiritual landscapes in the world, the Jordanian east coast of the Dead Sea has evolved into a major hub of both religious and health & wellness tourism in the region. A series of good roads, excellent hotels with spa and fitness facilities, as well as archaeological and spiritual discoveries make this region as enticing to today's international visitors as it was to kings, emperors, traders, prophets and pilgrims in antiquity. The leading attraction at the Dead Sea is the warm, soothing, super salty water itself – some ten times saltier than sea water, and rich in chloride salts of magnesium, sodium, potassium, bromine and several others. The unusually warm, incredibly buoyant and mineral-rich waters have attracted visitors since ancient times, including King Herod the Great and the beautiful Egyptian Queen, Cleopatra. All of whom have luxuriated in the Dead Sea's rich, black, stimulating mud and floated effortlessly on their backs while soaking up the water's healthy minerals along with the gently diffused rays of the Jordanian sun.