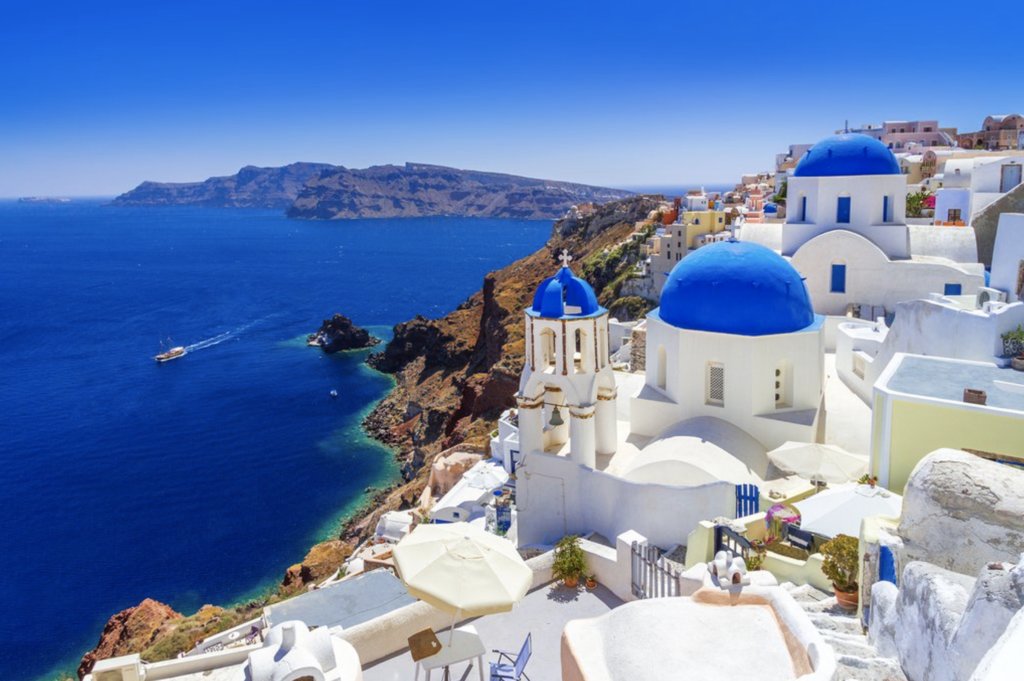 Greece Santorini Mykonos Tour (ahmedabad to ahmedabad) guests will report at Airport-respective airline terminal, four hours prior to the scheduled flight departure time. After collecting the snacks hamper from Airport Representative and completing check in formalities, guests along with Tour Manager will travel to Athens – Capital and largest city of Greece. The birth place of democracy and the heart of the Ancient Greek civilization. Direct Joining Tour guests will directly join at Athens Airport as per the scheduled group flight arrival time. Direct Joining Tour guests who have already reached Greece can meet the scheduled group as per the guidelines given by Tour Manager. Upon arrival, Tour Manager will guide all guests for airport formalities and proceed to the city. In the evening we walk through Plaka- the oldest section of Athens. It has a village feel, with narrow cobblestone streets lined with tiny shops selling jewellery, clothes and local ceramics.

Today we will explore the fabulous Greek islands on a full day cruise from Athens. We discover three of the most beautiful islands of Saronic Gulf. Poros Island- so-called Lemon Forest, an idyllic spot filled with citrus trees, windmills and waterfalls, Hydra Island- one of the most cosmopolitan Greek islands. In Hydra Island, you won’t see any cars! Everyone uses their foot, boats or donkeys to get around the island, Aegina Island- a picturesque island, boasting elegant neoclassical buildings, narrow alleys and a bustling seafront promenade.

Today we do a full day excursion to Delphi- one of the most famous historic sites in Greece, known throughout the ancient Greek world and beyond as the sanctuary of Apollo and the shrine of his oracle. Today a UNESCO World Heritage Site. Here we walk the sacred way and visit Temple of Apollo - This was a Doric peristyle temple which date from the 4th century BC, Delphi Museum- the Archaeological Museum of Delphi shelters the extensive artefacts unearthed during excavations at the Delphi oracle and its vicinity, Delphi Theatre- it was built further up the hill from the Temple of Apollo giving spectators a view of the entire sanctuary and the valley below. It was originally built in the 4th century BC, Temple of Athena - The shrine was originally built at the gateway to Delphi and dedicated to the goddess Athena because it was her duty to protect her half-brother Apollo. Later we proceed back to Athens. Upon arrival we explore we explore Corinth Canal – which connects Gulf of Corinth with the Saronic Gulf in the Aegean Sea.

Today we proceed to Mykonos by ferry, welcome to Greece's most famous cosmopolitan island. On arrival we walk through the Mykonian history alley- the whitewashed streets. Here we learn how the winding streets were designed to confuse invading pirates. Further we walk down the coastal paved road and pass by Manto Square to see the monument to Manto Mavrogenous, a heroine of the Greek War of Independence. Later we visit Little Venice- one of the most romantic places in Mykonos. This neighbourhood is replete with elegant and gorgeous old houses that are situated precariously on the edge of the sea. Church of Panagia Paraportiani- the most photographed church in Mykonos, It is located at the entrance of Kastro neighbourhood, right by the sea. Its name (Paraportiani) actually means standing next to the entrance door, the famous windmills- an iconic feature of Mykonos which can be seen from almost every corner of Mykonos Town. They were once vital to the island's economy. Ships carrying grain would unload their cargo here for the windmills to turn the grain into flour.

Today we proceed to Delos island by ferry – a UNESCO world heritage site, recognized as the birthplace of the god Apollo. Today it is one of the most important archaeological sites in Greece. Upon arrival we walk through the archaeological site and see Delos’ Sacred Lake, the Terrace of the Lions- This terrace was erected and dedicated to Apollo by the people of Naxos just before 600 BCE, House of Dionysus- Dionysos was the god of wine and theatre in ancient Greek and the Temple of Isis- The ruins of an ancient Greek temple dedicated to the goddess Isis. Later we proceed to Santorini by ferry. Santorini is known as ‘black pearl of Aegean and it is one of the most spectacular Greek islands. In the evening we walk through Fira- the capital of Santorini, is the central square of the island

Today we explore Santorini village, we visit Prophet Ilias monastery- built by two monks in 1711 on the highest peak of Santorini at 565 meters above sea level. In that era, it was an important cultural and educational center that undoubtedly offered a great social work, Pyrgos village- a hillside village surrounded by blue domed churches and vineyards, Megalochori village- one of the most picturesque villages on the island. Its existence is recorded back to the 17th century. Home to historical mansions, old traditional houses, pirate hideaways and wine canavas, later we proceed to visit Oia village – the most famous of all villages of Santorini. It is known throughout the world for its beauty, fantastic sunset and the famous Blue Dome. Upon arrival we walk through the village and admire its beautiful sunset.

Today morning we visit Black Sand Beach- famous for the black volcanic sand. The past volcanic eruptions have formed the island of Santorini and have given its beaches a distinctive characteristic. Later we travel from Santorini to Athens by flight. Upon arrival we explore Athens city, we see Hadrian’s Arch Monument – part of a wall separating the old and new cities of Athens, Royal Palace- the neoclassical building that now houses the Parliament of Greece, Olympic stadium - home of the first modern Olympic Games in 1896 and remains the only stadium in the world built entirely out of marble. Later we visit Temple of Olympia Zeus – a former colossal temple at the centre of Athens, dedicated to Zeus God, the chief of the Olympian Gods, Acropolis Museum- consistently rated as one of the best museums in the world. With a collection spanning over 1,500 years, Acropolis site- an ancient citadel located on a rocky outcrop above the city of Athens and contains the remains of several ancient buildings of great architectural and historic significance, Parthenon– The temple that dominates the hill of the Acropolis. Also known as an enduring symbol of western civilization.

It’s time now to say goodbye! Greece Santorini Mykonos Tour (ahmedabad to ahmedabad) guests will proceed to Athens Airport as per the scheduled group flight departure time. After completing airport formalities, Greece Santorini Mykonos Tour guests will travel back to ahmedabad with Tour Manager. Direct Joining Tour guests can be dropped at Athens Airport along with scheduled group or they can have their own arrangements made for the return journey back home. Greece Santorini Mykonos Tour concludes with mixed feelings! Happy to have made so many good friends, visited beautiful places and collected joyful memories to be cherished for a lifetime. We leave with a heavy heart as the golden days of the Tour come to an end. Let’s stay in touch with each other through email, phone, WhatsApp, Facebook, Instagram and meet again on more such wonderful tours. wishes all guests a very happy, healthy and wonderful life ahead. 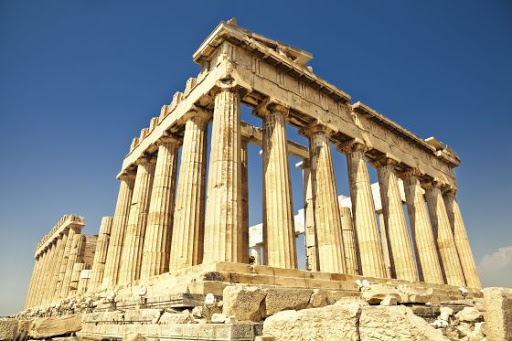 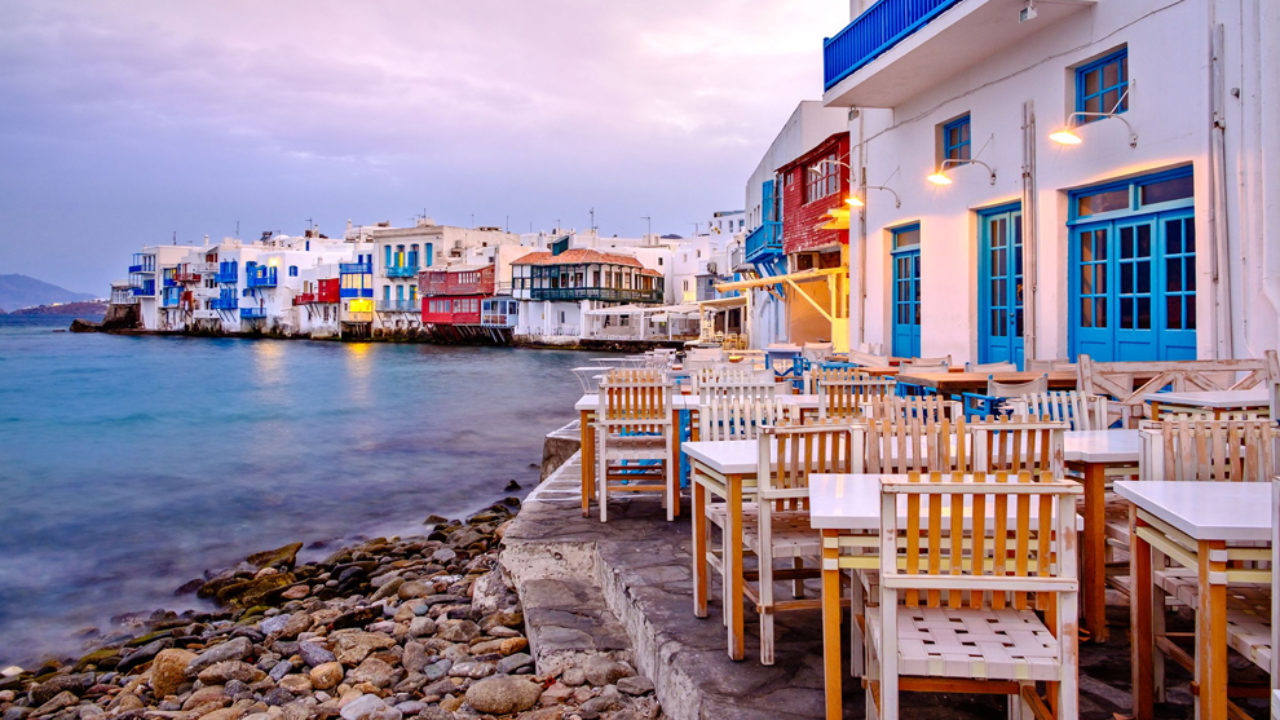