Austria Tour (Ahmedabad to Ahmedabad) guests will report at Sardar Vallabhbhai Patel International Airport-respective airline terminal, four hours prior to the scheduled flight departure time. After collecting the snacks hamper from Airport Representative and completing check in formalities, guests along with Tour Manager will travel to Munich and Say cheers to Germany's beer capital. Its motto is "München mag dich" (Munich loves you). Joining & Leaving (J&L) Tour guests will directly join at Munich Airport as per the scheduled group flight arrival time. J&L Tour guests who have already reached Germany can meet the scheduled group as per the guidelines given by Tour Manager. Upon arrival, Tour Manager will guide all guests for airport formalities and proceed to the city. Today we explore Munich City, we see Hofbräuhaus – the oldest beer house founded in 1589 by the Duke of Bavaria, Marienplatz - the centre of Munich city since the 12th century and its iconic Rathaus-Glockenspiel- world's most extravagant clock. This tower on Munich's Marienzplatz features a clock face, 43 bells and more than 30 full-sized mechanical figures. The figures act out scenes from German history and mythology, Opera house- the majestic national theatre of the city. Later we visit Neuschwanstein castle – A 19th-century Romanesque Revival palace on a rugged hill. In the evening we proceed to Innsbruck – Europe's most picture-perfect Old Towns, surrounded by the snow-capped peaks.

Today we visit Swarovski crystal world and Museum at Wattens. Later we enjoy Nordketten cable car ride and catch the breath-taking 360°view of Tyrol region. In the afternoon we explore Innsbruck city, we walk through the bridge over Inns River, Golden roof- Innsbruck's most famous landmark shines in the heart of the historic old town. The splendid alcove balcony with 2,657 fire-gilded copper tiles that adorn the roof, Maria Theresien Strasse- named after Empress Maria Theresia, which dates back to the first city expansion in the 13th century. Today it is one of the busiest streets in the city. In the evening enjoy Tyrolean show and admire the Tyrolean music and folk dance.

Today we visit Hallein Salt Mine – also known as Salzbergwerk Dürrnberg, is an underground salt mine. The mine has been worked for over 7,000 years since the time of the Celtic tribes and earlier. Later we proceed to the baroque city of Salzburg – a UNESCO World Heritage Site, Mozart's birthplace and the filming location for The Sound of Music movie. Upon arrival we have free time for shopping at Mcarthurglen outlet

Today we walk through Salzburg city and see Salzburg Cathedral- the centrepiece of Salzburg. It stands out as a masterpiece of early baroque art, Residenz Fountain - considered to be the most beautiful fountain in the city of Salzburg, Love lock bridge over Salzac river- a symbol of eternal love. Couples mark their locks with their names or initials and toss the key into the river, Getreide Gasse- a busy shopping street in the historic altstadt of Salzburg, and a UNESCO World Heritage Site since 1996, It is also known as the birthplace of Wolfgang Amadeus Mozart at No. 9, where he lived until the age of 17, Linzer Gasse- yet another beautiful street with its handicrafts, old shops, countless restaurants and hostels. Later we visit Mirabell Gardens – horticultural masterpiece and one of the most important shooting locations from the famous Hollywood musical ‘The Sound of Music’. Later we take the funicular ride to Hohensalzburg Fortress - more than 900-year-old Fortress, also an evidence of Salzburg’s medieval history. Here we see the torture room, weapon exhibits and Marionette Museum.

Today we proceed to Hallstatt - A picture perfect town on Lake Hallstatt's western shore in Austria's mountainous Salzkammergut region. Upon arrival we walk through its beautiful old town. Followed by a cable car ride to visit the magnificent Five Fingers viewing platform- It’s a series of five long, meter-wide platforms that spread like a hand hovering in mid-air over a 122-meter drop. Each is a different design and offers a different perspective. In the afternoon we enjoy boat ride on Hallstatt lake. Later we proceed to Vienna - Capital of Austria, is one of the most visited cities of Europe. Enroute we visit Mondsee Village where the village church was used for a wedding scene in the famous movie 'Sound of Music'.

Today we visit Schonbrunn Palace – a UNESCO World Heritage Site, an 18th century Baroque palace was the main summer residence of the Habsburg rulers and is one of the most important architectural, cultural, and historic monuments in the country. Later we explore Vienna city, we see Opera House - one of the finest Opera Houses in the world, Parliament Building - the monumental neoclassical building is the seat of the Austrian Parliament, City Hall – Neo-Gothic building that serves as the city's administrative centre, Hofburg Palace – the former principal imperial palace of the Habsburg dynasty rulers and today serves as the official residence and workplace of the President of Austria, Heldenplatz - a public square and Ring Boulevard – also known as Ringstrasse, is a circular boulevard that surrounds Vienna's historical centre. 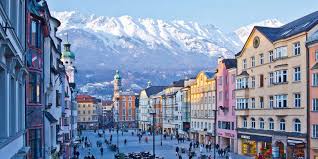 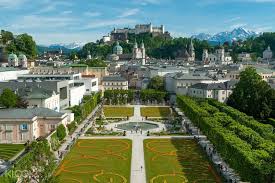