England Scotland with Harry Potter Trail Tour (Ahmedabad to Ahmedabad) guests will report at Sardar Vallabhbhai Patel International Airport-respective airline terminal, four hours prior to the scheduled flight departure time. After collecting the snacks hamper from Airport Representative and completing check in formalities, guests along with Tour Manager will travel to London – the capital city of England and United Kingdom situated on the banks of river Thames. It is also the world’s most visited, powerful and favourite global city. Joining & Leaving (J&L) Tour guests will directly join at London Airport as per the scheduled group flight arrival time. J&L Tour guests who have already reached England can meet the scheduled group as per the guidelines given by Tour Manager. Upon arrival, Tour Manager will guide all guests for airport formalities and proceed to visit Warner Bros. Studio and step on to authentic sets, discover the magic behind spellbinding special effects and explore the behind-the-scenes secrets of the Harry Potter film series.

Today we explore London city, we visit London Zoo Reptile house - the famous scene from Harry Potter and the Philosopher's Stone was filmed in which a burmese python speaks to Harry Potter, Leadenhall Market - showed in Harry Potter and the Philosopher's Stone as the exterior for Diagon Alley and the Leaky Cauldron. Further we see, Tower Bridge – Victorian Gothic style two tower suspension bridge on river Thames, Westminster Abbey – a place of worship, celebration, ceremony and a coronation Church since 1066, Big Ben – Iconic clock tower famous for its accuracy and the massive bell, River Thames – 346 kms longest river in England, Trafalgar Square – most attractive public square in the city of Westminster, Houses of Parliament and Buckingham Palace- the London residence and administrative headquarters of the monarchy of the United Kingdom, Piccadilly Circus – also known as Times Square of London. When Harry, Ron and Hermione learns that Death Eaters are on their tail, it is through here they run in Deathly Hallows Part 1, Millennium Bridge- which was featured in Harry Potter & Half Blood Prince, London City Hall- the headquarters of the Greater London Authority, was featured in one of the first scenes of the Half-Blood Prince

Today we proceed to University of Oxford – one of the oldest and best Universities in the World famous for its exceptional teaching, research and learning opportunities, Brasenose College - constituent colleges situated in the heart of the University of Oxford, Bodleian Library - It was featured as the Hogwarts library and the Divinity School as the infirmary in Harry Potter and the Philosopher's Stone, Harry Potter and the Chamber of Secret & Harry Potter and the Goblet of Fire, The Great Hall from the series at Christ Church. In the evening we proceed to Birmingham- a major city in England’s West Midlands region, with multiple Industrial Revolution-era landmarks

Today we visit Cadbury World to see the how our favourite chocolate is made. Later we proceed to York- a walled city that was founded by the ancient Romans. Upon arrival we take a Viking walk of York city to know more about city’s Norman and Anglo-Scandinavian history while passing by various landmarks and historical sites like the city walls, Petergate, Stonegate and the magnificent Minster. We also visit Harry Potter movie fame The Shambles – an old street in York with overhanging 14th century unique timber framed buildings. In the evening we visit National Railway Museum- Here we see ‘The Wizard Express’ Engine from Harry potter along with other engines and exhibits

Today we visit Alnwick Castle- Best known for its starring role as Hogwarts School of Witchcraft and Wizardry in the first two Harry Potter films. In the afternoon we proceed to Glasgow– a port city on the River Clyde in Scotland’s Western Lowlands famous for its Victorian and art nouveau architecture.

Today we enjoy a truly magical day out. We proceed to Fort William- a town in Scottish Highlands. Upon arrival we experience the real Hogwartz Train, the Jacobite Steam Train from Fort William to Mallaig. The train journey is described as the greatest railway journey in the world. In the evening we proceed back to Glasgow

It’s time now to say goodbye! England Scotland with Harry Potter Trail Tour (Ahmedabad to Ahmedabad) guests will proceed to Manchester Airport as per the scheduled group flight departure time. After completing airport formalities, England Scotland with Harry Potter Trail Tour guests will travel back to Ahmedabad with Tour Manager. Joining & Leaving (J&L) Tour guests can be dropped at Manchester Airport along with scheduled group or they can have their own arrangements made for the return journey back home. England Scotland with Harry Potter Trail Tour concludes with mixed feelings! Happy to have made so many good friends, visited beautiful places and collected joyful memories to be cherished for a lifetime. We leave with a heavy heart as the golden days of the Tour come to an end. Let’s stay in touch with each other through email, phone, WhatsApp, Facebook, Instagram and meet again on more such wonderful tours. wishes all guests a very happy, healthy and wonderful life ahead. 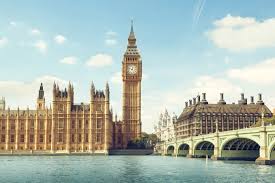 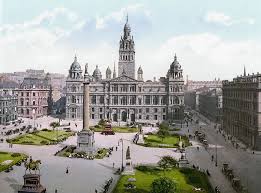