Upon arrival, Tour Manager will guide all guests for airport formalities and proceed to Stratford-upon-Avon – a medieval market town in England’s West Midlands situated on river Avon, also a birthplace of William Shakespeare. We visit the house - of William Shakespeare an English poet, the famous English play writer and World’s greatest dramatist.

Today we proceed to Stonehenge – a UNESCO World Heritage Site and the best-known prehistoric architectural wonder in Europe. In the afternoon, we drive to Bath – a UNESCO World Heritage Site known for its natural hot springs and 18th-century Georgian architecture. Upon arrival, we explore the city of Bath, we visit Roman bath with its hot springs, the Great Bath, the pump rooms and the changing rooms. Then we take a walk to Bath Abbey and Royal Crescent – a monumental semi-circular sweep of uniform residential town houses with a palace like façade. Later we pass by picturesque Pultany Bridge standing with a building on top of it and lined with shops.

Today we proceed to Cardiff – Capital city of Wales. Upon arrival, we explore Cardiff city, we see the historic Cardiff Castle, The City of Arcades, Cardiff Bay – large beautiful waterfront, Wales Millennium Centre and Principality Stadium. Later we embark on a ferry ride from Pembroke to Rosslare Harbour and reach Waterford – Ireland’s oldest city, also known worldwide for its exquisite handmade crystals. We visit Crystal Factory and see the process of crystal making.

Today we drive to Dublin through the Irish County side, from Boreens to medieval Kilkenny ancient castle. En-route we visit the Irish National Stud Farm at Kildare. Here we get to see the world’s best stallions and enjoy the glorious Japanese gardens planned to symbolise the Life of Man. In the afternoon we arrive at Dublin – capital of the Republic of Ireland, situated on Ireland's east coast at the mouth of river Laffey. We have free time for relaxing and exploring the surroundings.

Today we explore Dublin city, we visit Trinity College – the oldest university founded by Queen Elizabeth 1 in 1592 and the sole constituent college of the research University of Dublin. Later we see St. Patrick’s Cathedral, Dublin Castle, Ha’penny Bridge and Phoenix Park originally a royal hunting park is now Europe’s largest urban park with zoological gardens. In the evening we have free time for shopping at Grafton Street, followed by traditional Irish dance show with dinner.

Today we proceed to Belfast – capital city of Northern Ireland and the birthplace of famous doomed ocean liner, RMS Titanic. Upon arrival, we visit Northern Ireland’s World Heritage Site – Giant Causeway renowned for its polygonal columns of layered basalt. Later we take a photo stop at Carrick-a-Rede Rope Bridge which links the mainland to the tiny island of Carrickarede, followed by a drive through The Dark Hedges tree tunnel – an avenue of large beech trees forming an atmospheric tunnel is a famous shooting location of TV show Game of Thrones that represents the Kingsroad.

After breakfast we drive to Edinburgh.   Our city tour includes Edinburgh Castle and St. Giles Cathedral with the Thistle Chapel.  Edinburgh’s Castle rock has been a stronghold for over 3000 years. In its dominating position overlooking the capital city, the grandeur and historical significance of Edinburgh Castle has made it a globally famous icon of Scotland and part of the Old and New Towns of Edinburgh World Heritage Site. Dinner and overnight in Edinburgh.

This morning we depart Edinburgh and journey to the Lake District. The Lake District, a stunning National Park in the north of England, is home to sixteen lakes and Scafell Pike, the highest peak in England. One of the most popular spots in the area is Lake Windermere where a lake cruise and free time in the charming Victorian town of Bowness-on-Windermere are highly recommended activities. The afternoon is at leisure to enjoy the beautiful surroundings. Dinner and overnight at our hotel.

Today, We enjoy a walking tour of York. An essential York experience is a walk through the city center’s maze of half-timbered houses that also almost touch across the narrow, fascinatingly-named lanes like The Shambles and Whip-ma-Whop-ma-Gate. We then then proceed to visit the York Minster, a medieval masterpiece of stone and glass at the heart of the historic city of York. Dinner and overnight at our hotel.

Transfer to Heathrow Airport for our return flight home – the end of a most memorable journey. 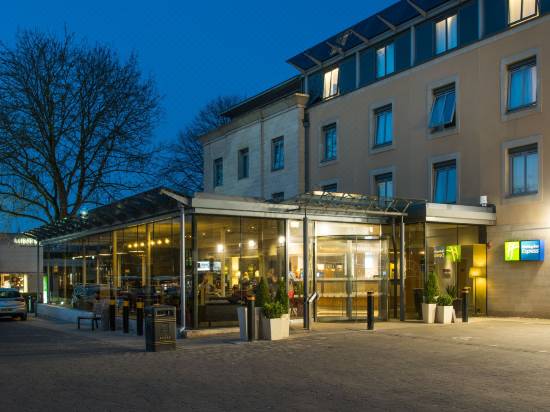 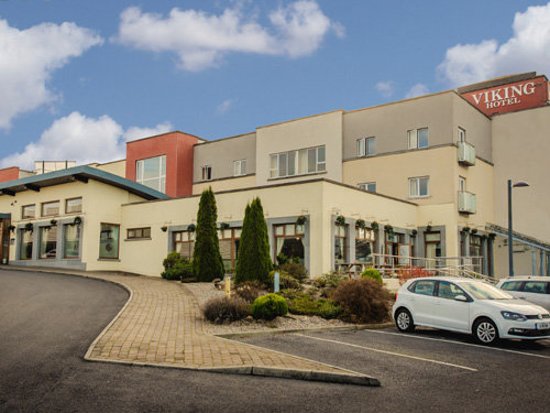 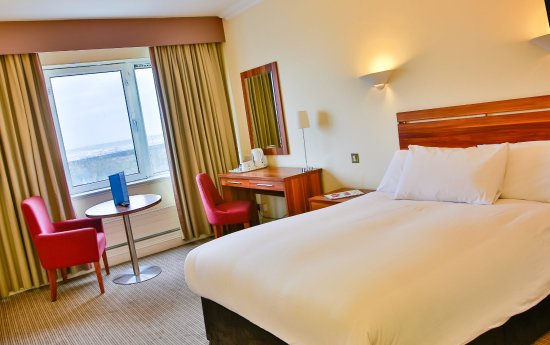 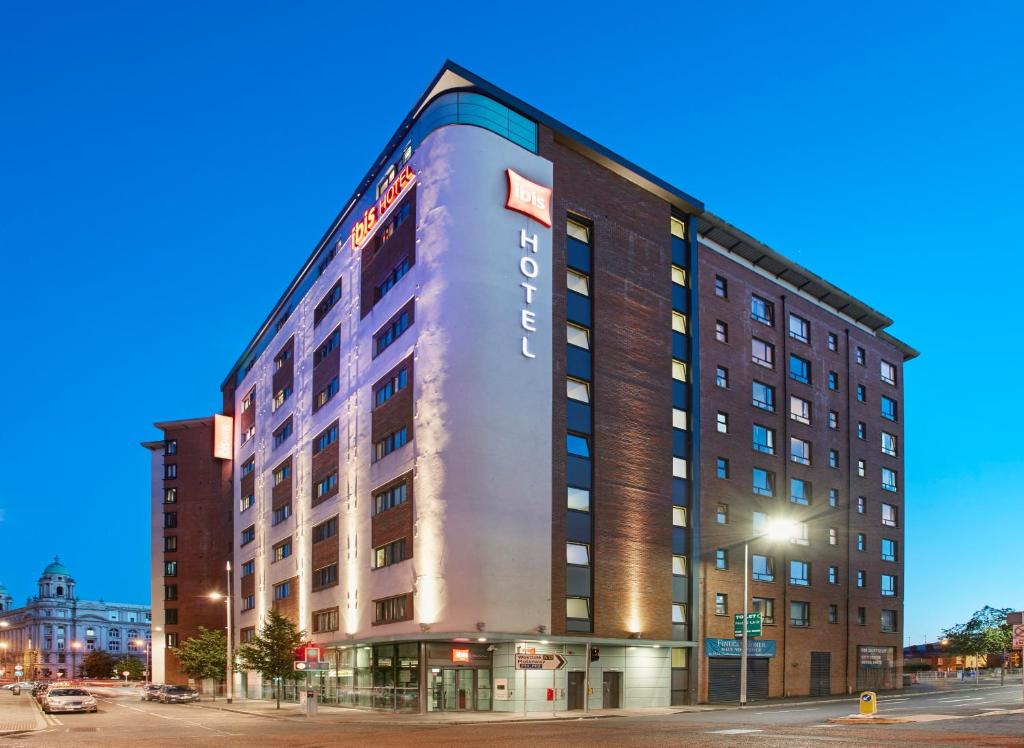 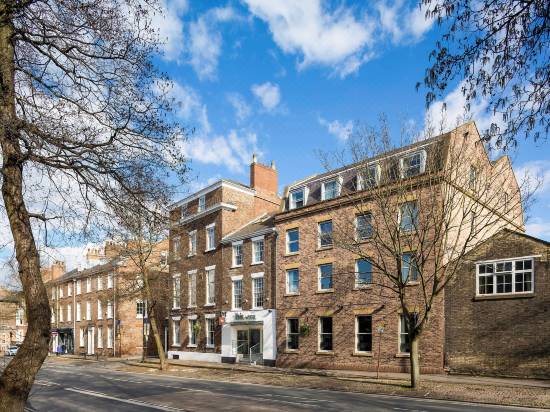 Shakespeare's Birthplace is a restored 16th-century half-timbered house situated in Henley Street, Stratford-upon-Avon, Warwickshire, England, where it is believed that William Shakespeare was born in 1564 and spent his childhood years 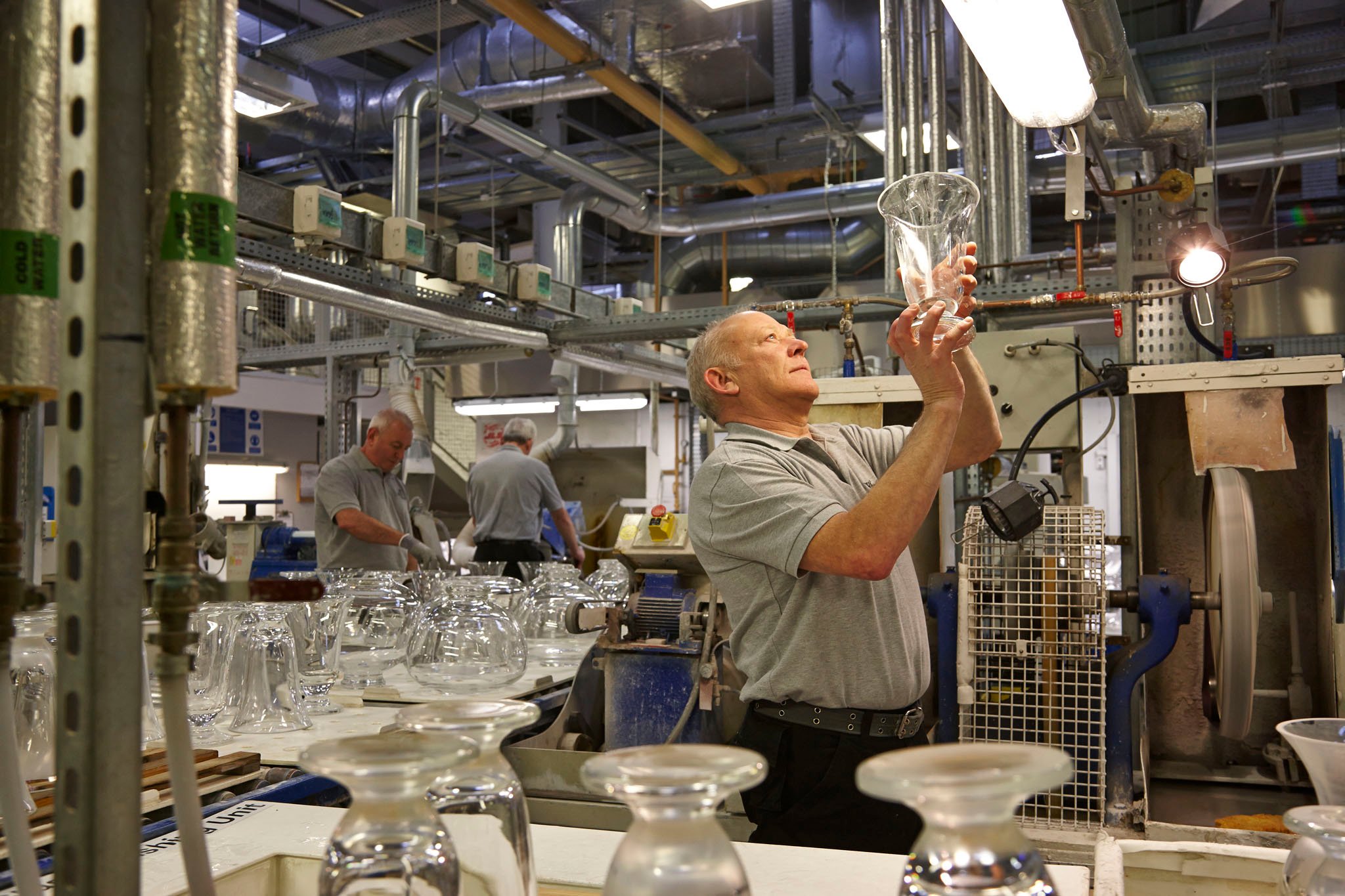 The House of Waterford Crystal is located in Waterford, Ireland, a Viking city built in 914 AD. This esteemed factory is the beating heart of the world’s luxury crystal manufacture and is where our most intricate, authentic and masterful crystal pieces come to life. The factory is situated at the center of the Viking Triangle in Waterford, a cluster of museums which detail the proud history of this great city. 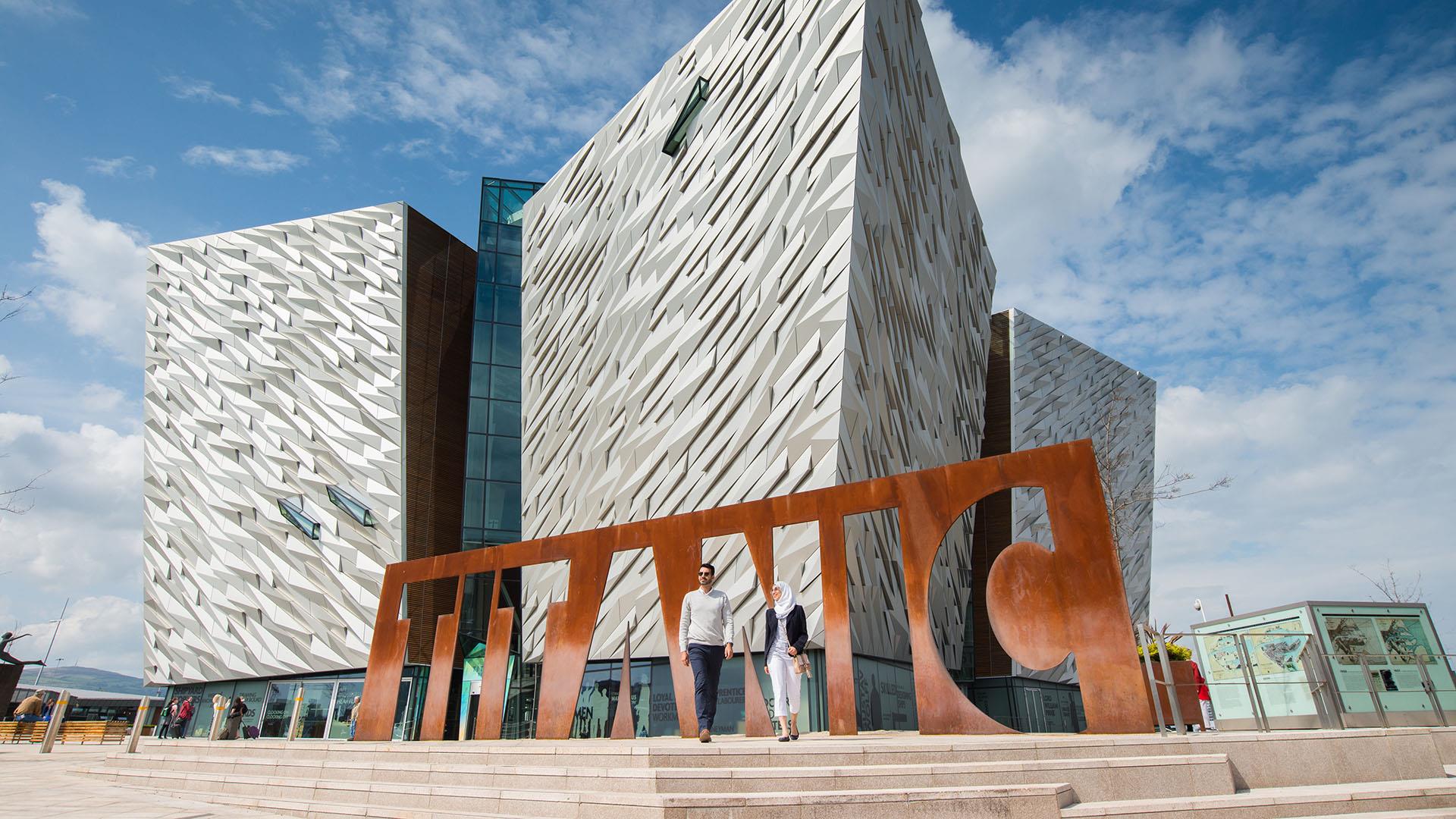 Titanic Belfast is a visitor attraction opened in 2012, a monument to Belfast's maritime heritage on the site of the former Harland & Wolff shipyard in the city's Titanic Quarter where the RMS Titanic was built.

The famous Giant's Causeway is a natural rock formation on the windswept North Antrim coast. It's a scenic run, along the coast past the impressive ruins of Dunluce Castle and the pretty town of Bushmills, with some buses calling at the Old Bushmills Distillery. 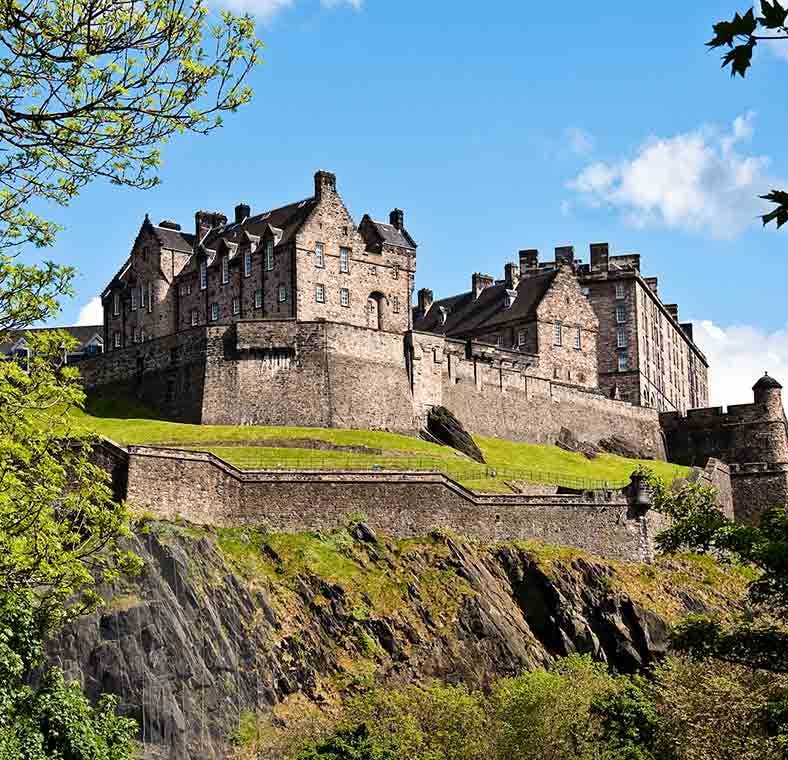 Edinburgh Castle is a historic fortress which dominates the skyline of Edinburgh, the capital city of Scotland, from its position on the Castle Rock. Archaeologists have established human occupation of the rock since at least the Iron Age, although the nature of the early settlement is unclear.