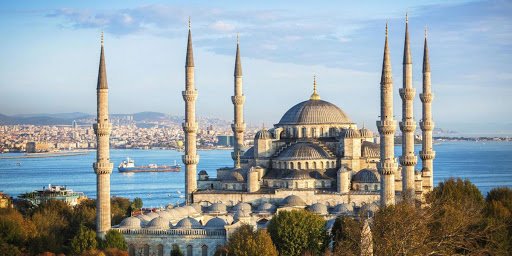 Today after breakfast depart for City orientation tour includes a photo stop at the Citadel and Alabaster Mosque followed by a visit to the Great Pyramids of Giza. Enter the second Pyramid to see what lies inside. Photograph yourself with the giant figure of the Sphinx. Visit the Cairo tower observatory deck . Enjoy dinner on the Nile Cruise with Belly dance entertainment. Overnight stay in Cairo

Arrive in Cairo - the glorious capital of Egypt. Upon arrival, Tour Manager will guide all guests for airport formalities and proceed to the hotel. Check in Hotel. Rest of the day leisure.

Today we do full day excursion to Alexandria - second-largest city in Egypt and a major economic centre. Upon arrival we explore Alexandria city, we visit Roman Amphitheatre – an impressively well-preserved structure composed of 13 terraces constructed in the traditional Greek style with a flat stage in the centre of the lowest level, The Catacombs – a historical archaeological site located in Alexandria and is considered one of the Seven Wonders of the Middle Ages. These catacombs make up the largest-known Roman burial site in Egypt, Pompeii’s Pillar – a Roman triumphal column in Alexandria and is one of the largest monoliths of the ancient times. Later we see Qaitbay Citadel – a 15th century defensive fortress built to protect the city from invading Crusaders.

Today is your Flight to Athens.  Athens – Capital and largest city of Greece. The birth place of democracy and the heart of the Ancient Greek civilization. Upon arrival we walk through Plaka- the oldest section of Athens. It has a village feel, with narrow cobblestone streets lined with tiny shops selling jewellery, clothes and local ceramics.

Today we will explore the fabulous Greek islands on a full day cruise from Athens. We discover three of the most beautiful islands of Saronic Gulf. Poros Island- so-called Lemon Forest, an idyllic spot filled with citrus trees, windmills and waterfalls, Hydra Island- one of the most cosmopolitan Greek islands. In Hydra Island, you won’t see any cars! Everyone uses their foot, boats or donkeys to get around the island, Aegina Island- a picturesque island, boasting elegant neoclassical buildings, narrow alleys and a bustling seafront promenade.

Today we travel from Athens to Santorini by flight. Santorini - known as ‘black pearl of Aegean and it is one of the most spectacular Greek islands. In the evening we visit Black Sand Beach- famous for the black volcanic sand. The past volcanic eruptions have formed the island of Santorini and have given its beaches a distinctive characteristic. Later we walk through Fira- the capital of Santorini, is the central square of the island.

Today we explore Santorini village, we visit Prophet Ilias monastery- built by two monks in 1711 on the highest peak of Santorini at 565 meters above sea level. In that era, it was an important cultural and educational center that undoubtedly offered a great social work, Pyrgos village- a hillside village surrounded by blue domed churches and vineyards, Megalochori village- one of the most picturesque villages on the island. Its existence is recorded back to the 17th century. Home to historical mansions, old traditional houses, pirate hideaways and wine canavas, later we proceed to visit Oia village – the most famous of all villages of Santorini. It is known throughout the world for its beauty, fantastic sunset and the famous Blue Dome. Upon arrival we walk through the village and admire its beautiful sunset.

Today we travel from Santorini to Athens by flight. Upon arrival we explore Athens city, we see Hadrian’s Arch Monument – part of a wall separating the old and new cities of Athens, Royal Palace, Olympic stadium. Later we visit Temple of Olympia Zeus – a former colossal temple at the centre of Athens, dedicated to Zeus God, the chief of the Olympian Gods, Acropolis Museum, Acropolis site and Parthenon– The temple that dominates the hill of the Acropolis. Also known as an enduring symbol of western civilization.

Take the flight for Cappadocia, Arrive in Cappadocia. Cappadocia - best known for its moon-like landscape, Underground cities, Caves Churches and houses in the rocks. In the evening we enjoy whirling dervish show – the part of the Turkish history, tradition, culture and beliefs.

Flight to Istanbul. On arrival, enjoy a Scenic boat ride by Eminonu through famous Bosphorus Straits lined with beautiful palaces.

Today we visit Topkapi Palace – the largest and oldest palace in the world and the heart, brain and centre of the Ottoman Empire, Hippodrome square - also known as Atmeydani (Horse Square), Sultan Ahmet Tsami popularly known as Blue Mosque- a historical mosque in Istanbul. The mosque is known as the Blue Mosque because of blue tiles surrounding the walls of interior design, Hagia Sofia Museum – once the former Greek Orthodox Christian patriarchal cathedral, later an Ottoman imperial mosque and now a museum. 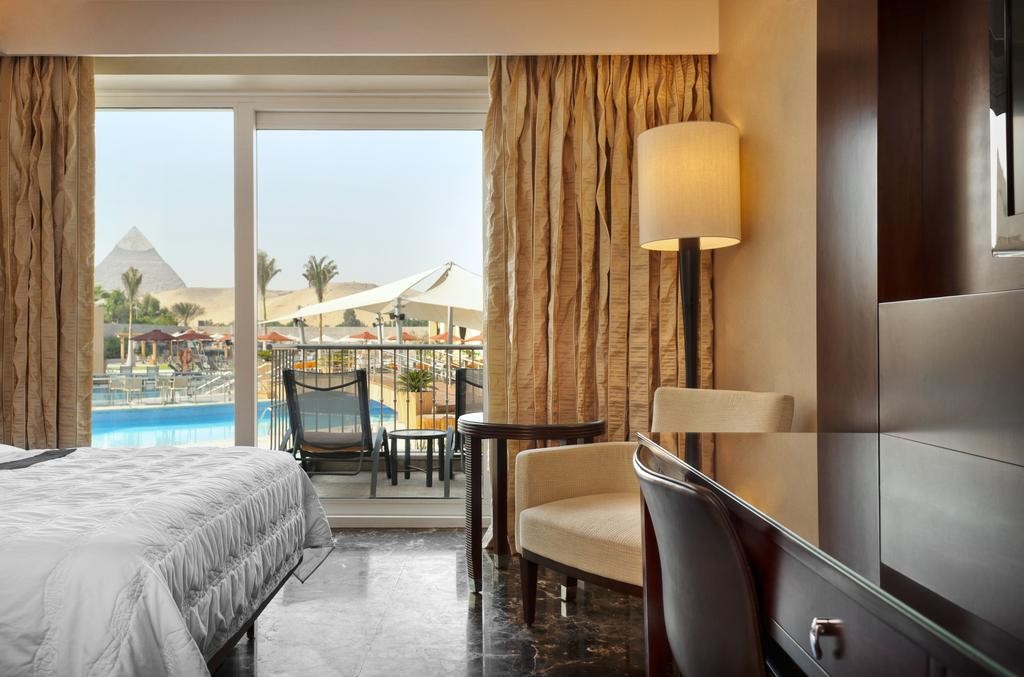 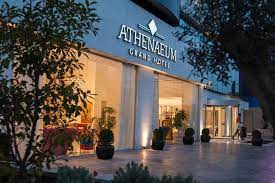 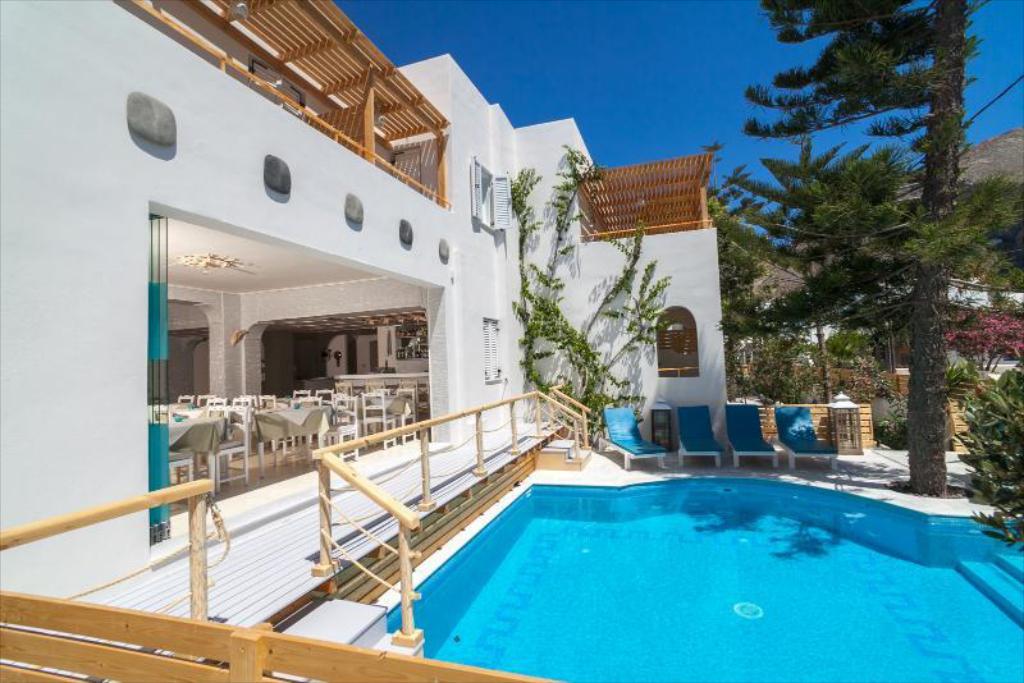 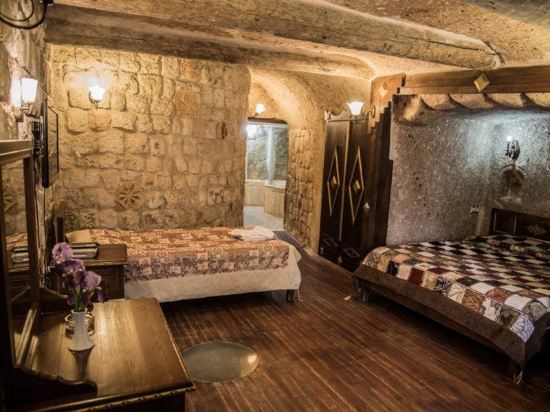 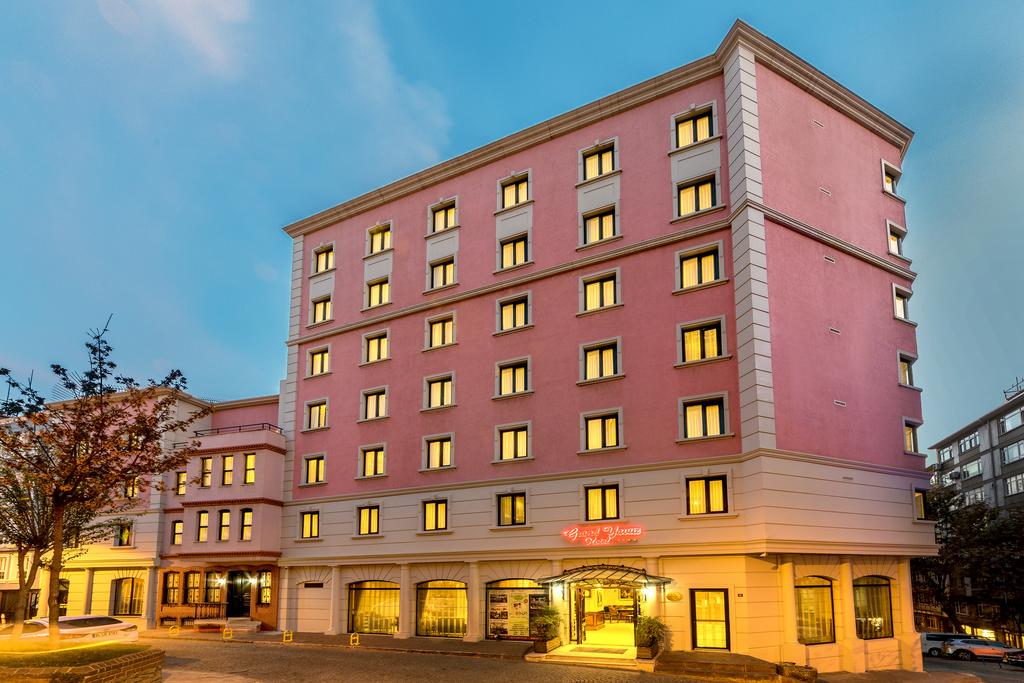 This famous museum houses the world’s largest collection of ancient Egyption artifacts (more than 120,000 items on display) featuring the famous Tutankhamun collection with its beautiful gold death mask and sarcophagus and the royal Mummy room, which houses an additional eleven Pharaonic dignitaries. 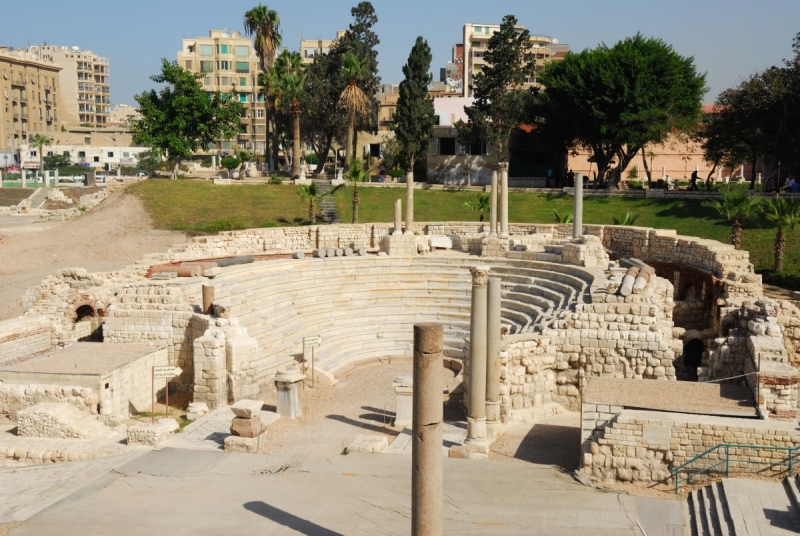 Built in the 2nd century AD, this Roman amphitheater has 13 semicircular tiers made of white and gray marble.

The Great Pyramid of Giza is the oldest and largest of the pyramids in the Giza pyramid complex bordering present-day Giza in Greater Cairo, Egypt. It is the oldest of the Seven Wonders of the Ancient World, and the only one to remain largely intact. 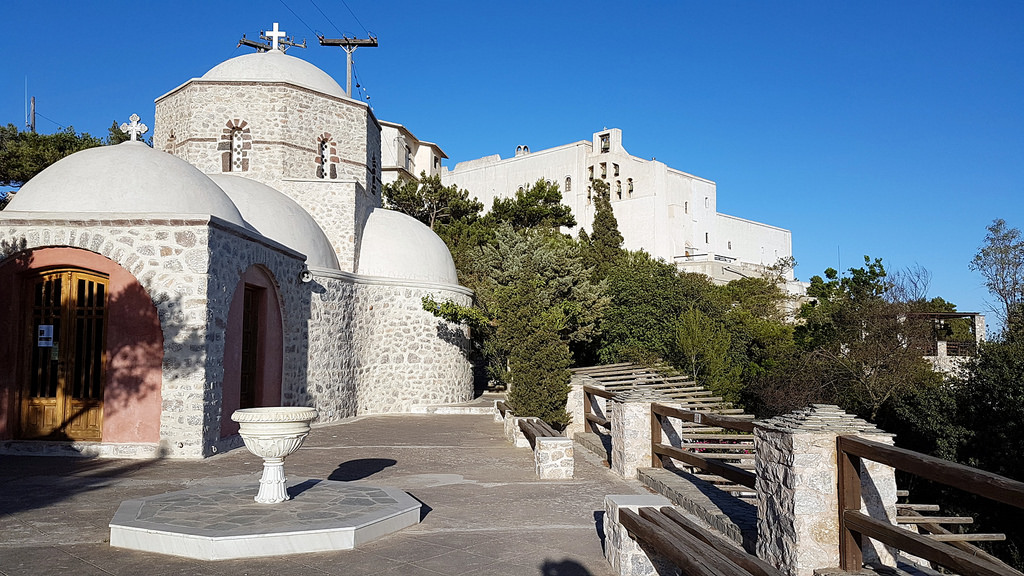 The Parthenon is a former temple on the Athenian Acropolis, Greece, dedicated to the goddess Athena, whom the people of Athens considered their patron. 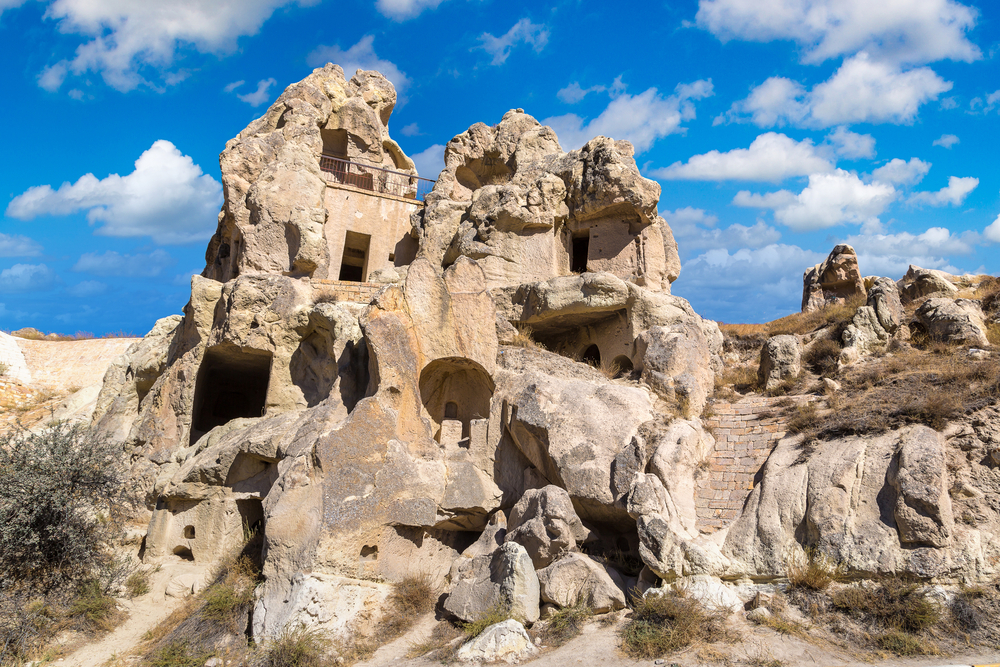 The Göreme open air Museum is situated in the ancient, historical district called Göreme, in Nevsehir province of the Cappadocia region of central Turkey. These are rock-cut monasteries with beautiful frescoed walls and ceilings built by the Cappadocians in the early 10th century. 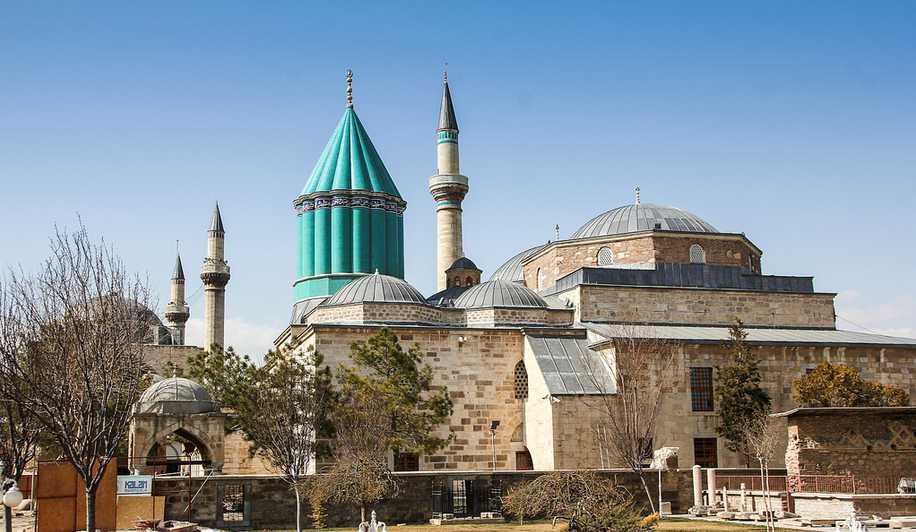 The Blue Mosque, or the Sultan Ahmet Mosque, is one of Istanbul’s most iconic historic sights and an essential part of the city’s skyline with its six magnificent minarets. Captured by tourist lenses a thousand times over on a daily basis, the historic religious complex also exudes one of Istanbul’s most reverberating calls to prayer six times a day. 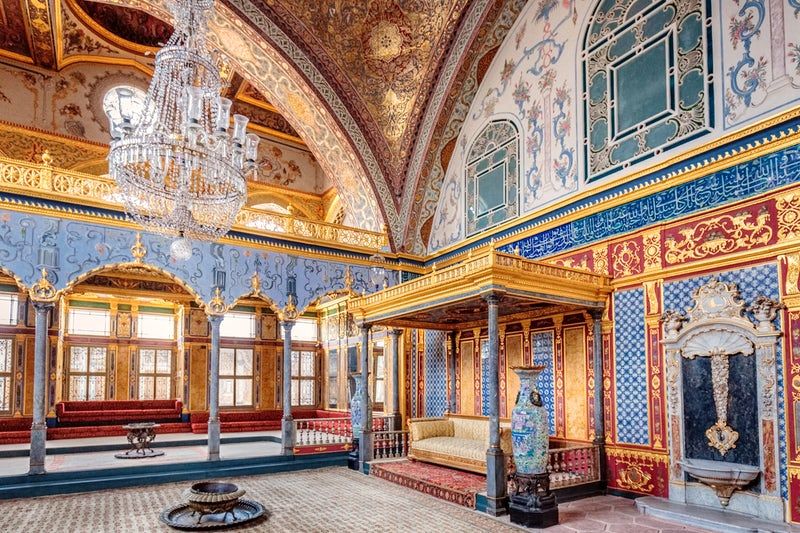 Topkap? Palace Museum, Turkish Topkap? Saray? Müzesi, museum in Istanbul that exhibits the imperial collections of the Ottoman Empire and maintains an extensive collection of books and manuscripts in its library. It is housed in a palace complex that served as the administrative centre and residence of the imperial Ottoman court from about 1478 to 1856. It opened as a museum in 1924, a year after the establishment of the Republic of Turkey. The Topkap? Palace Museum is notable not only for its architecture and collections but also for the history and culture of the Ottoman Empire that it recalls.