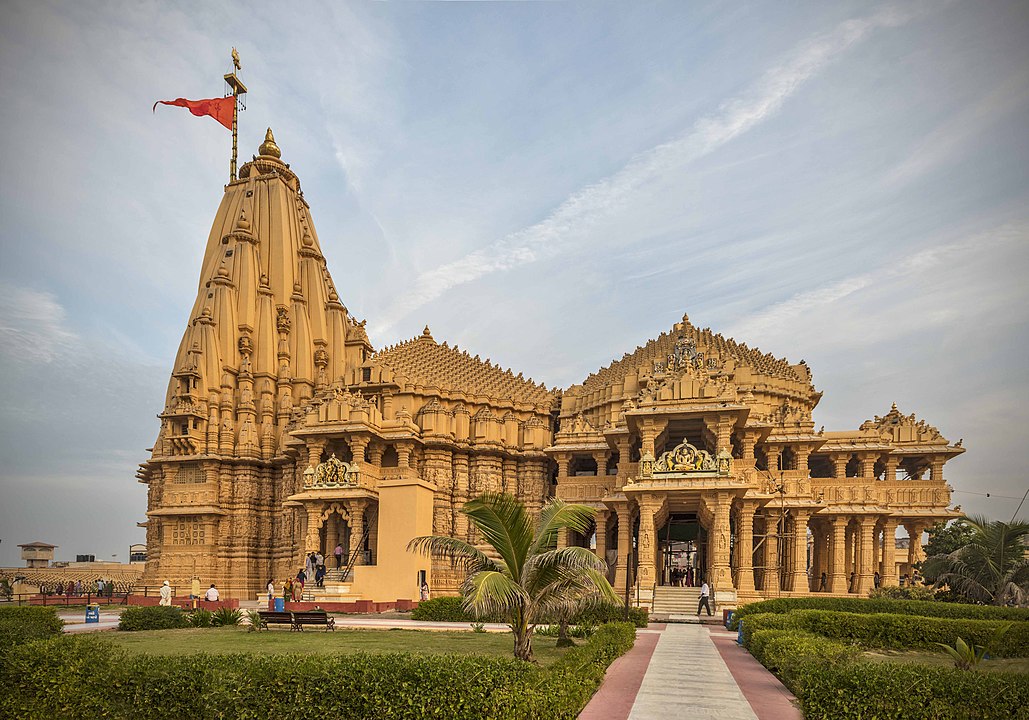 Today, On arrival at Ahmedabad Airport/Rly proceed to the sacred town of Dwarka. On route visit Bala Hanuman Temple known for its nonstop Ramdhun since 1956 and it mentioned in Guinness Book of World Records. Later transfer to Dwarka , evening visit other temples on coastal area, attend evening aarti at Dwarkadish temple. Overnight stay at the hotel.

After breakfast, depart to Porbandar at Porbandar visit Kirti Mandir – the place where Gandhiji was born  and Sudama Temple – The only Sudama Temple in the world. Later proceed to Somnath on arrival visit Bhalka Tirth, Triveni Sagam, Geeta Mandir Chopati & Somnath Temple. In the evening attend Aarti and later watch light and Sound show. Overnight at hotel 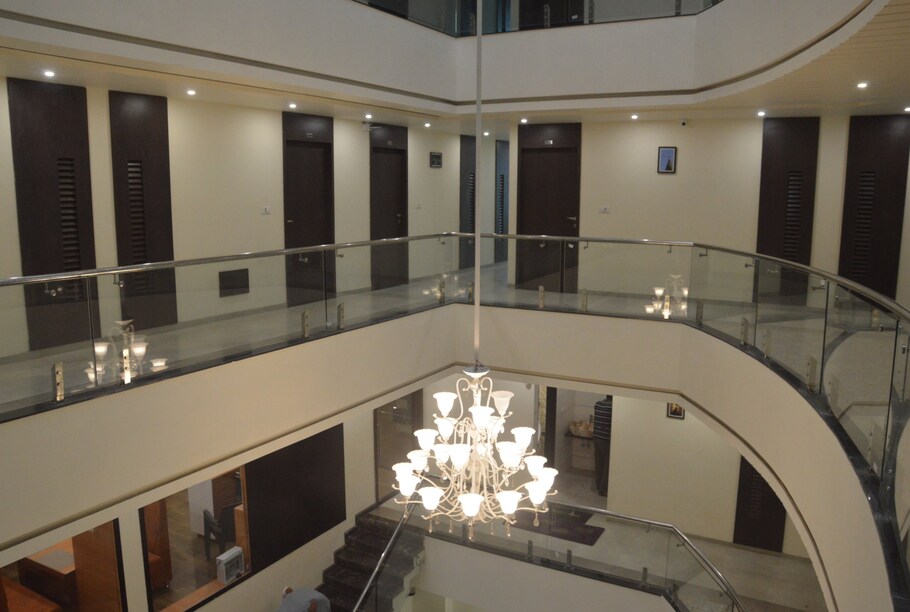 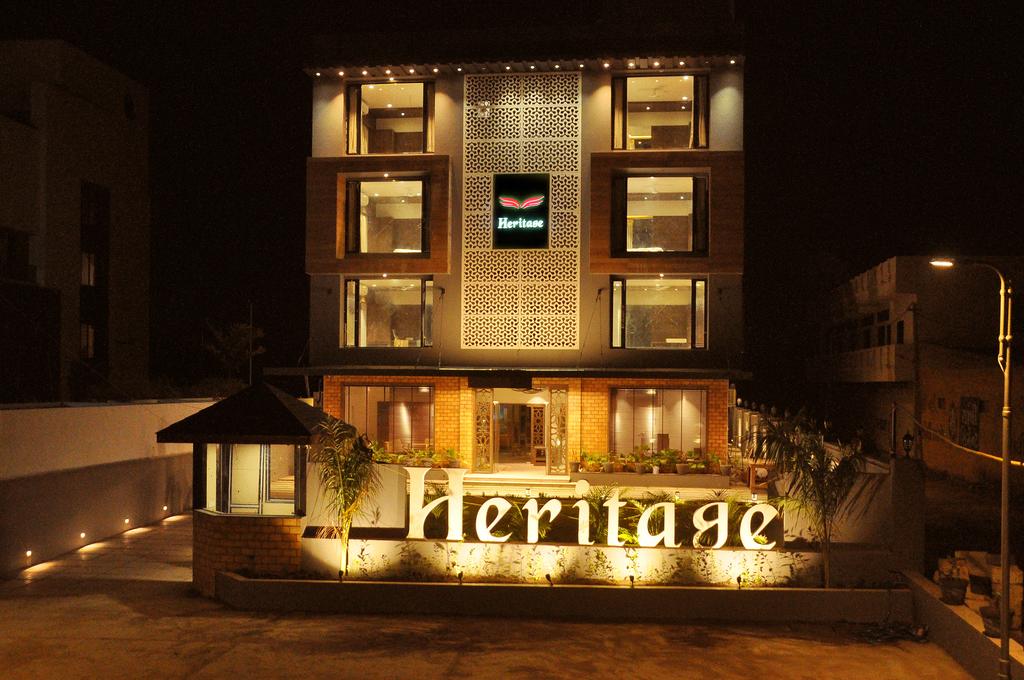 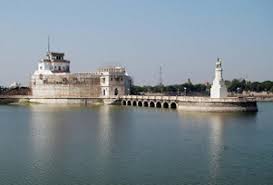 On an island in the center of the lake stands the circular Lakhota tower, built for drought relief on orders from Jam Ranmalji after the failed monsoons in 1834, 1839 and 1846 made it difficult for the people of the city to find food and resources. Originally designed as a fort such that soldiers posted around it could fend off an invading enemy army with the lake acting as a moat, the tower known as Lakhota Palace now houses the Lakhota Museum. The collection includes artifacts spanning from 9th to 18th century, pottery from medieval villages nearby and the skeleton of a whale. The very first thing you see on entry, however, before the historical and archaeological information, is the guardroom with muskets, swords and powder flasks, reminding you of the structure’s original purpose and proving the martial readiness of the state at the time. The walls of the museum are also covered in frescoes depicting various battles fought by the Jadeja Rajputs. The fort is connected to the banks by two causeways, but is only accessible from the north side. The museum hours are from 10:30am-2pm and 2:30pm-5:30pm. Entry fees for the Indians is Rs.2/- and for Foreigners is Rs.50/-. 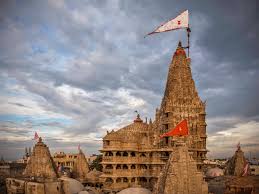 Dwarka is an ancient city in the northwestern Indian state of Gujarat. It’s known as a Hindu pilgrimage site. The ancient Dwarkadhish Temple has an elaborately tiered main shrine, a carved entrance and a black-marble idol of Lord Krishna. Dwarka Beach and nearby Dwarka Lighthouse offer views of the Arabian Sea. Southeast, Gaga Wildlife Sanctuary protects migratory birds and endangered species like the Indian wolf. 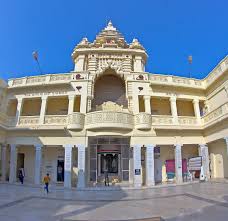 Kirti Mandir, also acclaimed as ‘Temple of Fame’, is a memorial temple built in honour of Mohandas Karamchand Gandhi in his birthplace in the city of Porbandar, Gujarat. The foundation stone of Kirti Mandir is said be laid in 1947 to turn the dream and imagination of Shri Nanji Kalidas Mehta into reality. It is believed that the temple rises to a height of 79 feet as a symbol of Gandhi's 79 long years of life on earth. The architectural elements of six different religions edifices like Hindu, Jain, Parsi temples, churches and mosques are clubbed into this sole building. It is a vast 'E' shaped structure comprising of domes, terraces, balconies and a shikara. Kirti Mandir forms an important landmark in Porbandar that is frequented by both domestic and international tourists in huge numbers. The place of Gandhiji's birth is marked with 'Swastika' for easy identification. Also, the site of his birth has been converted into a museum that displays old photographs, few possessions, oil paintings and books written by him. 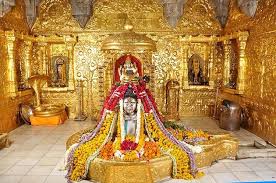 The Somnath temple located in Prabhas Patan near Junagadh in Saurashtra on the western coast of Gujarat, India is believed to be the first among the twelve jyotirlinga shrines of Shiva. It is an important pilgrimage and tourist spot of Gujarat. Reconstructed several times in the past after repeated destruction by several Muslim invaders and rulers. According to tradition, the Shivalinga in Somnath is one of the 12 jyotirlingas in India, where Shiva is believed to have appeared as a fiery column of light. The jyotirlingas are taken as the supreme, undivided reality out of which Shiva partly appears.Each of the 12 jyotirlinga sites take the name of a different manifestation of Shiva. At all these sites, the primary image is a lingam representing the beginning-less and endless stambha (pillar), symbolizing the infinite nature of Shiva.