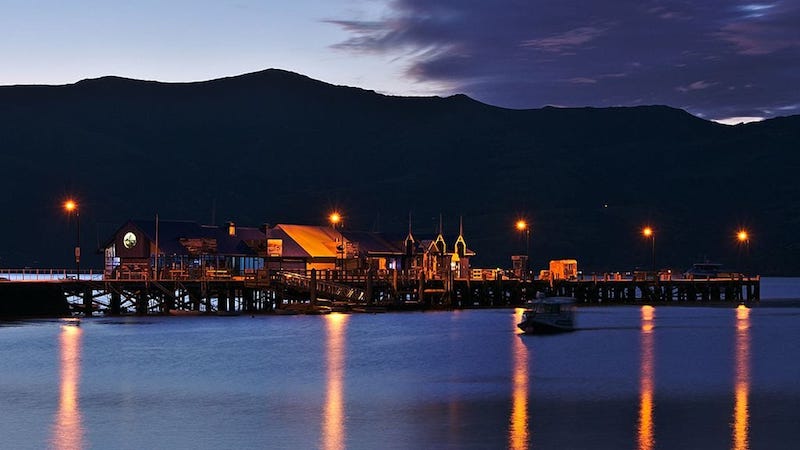 Australia New Zealand Highlights Tour (Ahmedabad to Ahmedabad) guests will report at Sardar Vallabhbhai Patel International Airport-respective airline terminal, four hours prior to the scheduled flight departure time. After collecting the snacks hamper from Airport Representative and completing check in formalities, guests along with Tour Manager will travel to Sydney – largest city of Australia situated on the coast between Blue Mountains and Tasman Sea, also listed as one of the world’s most liveable city. Joining & Leaving (J&L) guests will directly join at Sydney Airport as per the scheduled group flight arrival time. J&L Tour guests who have already reached Australia can meet the scheduled group at Sightseeing place or hotel as per the guidelines given by Tour Manager. Later we visit Sydney Tower Observatory deck which gives an unobstructed 360 degree views over the landmarks including Sydney Harbour Bridge and Circular Quay. In the evening, all Tour guests will have a short Meet & Greet session.

Today we explore Sydney city, we visit The Sydney Opera House - world’s most iconic landmark and UNESCO world heritage site situated in the Sydney Harbour area, here we take a guided tour of Opera House which takes you under world famous sails of the e Opera House along with its 300 corridors. Later we see the Sydney Harbour Bridge – one of the World’s widest bridges is an architectural wonder and National Heritage of Australia, The Rocks – Open air Market Street and Bondi Beach – World famous beach known for its white sand crescent and dramatic seascape. In the afternoon, we proceed to Darling Harbour - large recreational area of Sydney reserved only for pedestrians. Here we visit the amazing Sydney Sea Life Aquarium – features a large variety of Australian aquatic life distributed in 12 extraordinary theme zones. Later we have free time for exploring the surroundings of Darling Harbour. In the evening, we embark on the Sydney Showboat Dinner Cruise. Enjoy unique dinner experience that combines the amazing views of Sydney’s skyline and Harbour Bridge along with the live Cabaret Show featuring the best of Australian talent.

Today we travel to Brisbane by flight. Brisbane - capital of Queensland, is a large city on the Brisbane River. Upon arrival, we explore Brisbane city, we see South Bank Waterfront - cultural, social, educational and recreational precinct and Town Hall – One of the finest building in Brisbane built in an Italian Renaissance architectural style. On the way, keep watching for Brisbane’s bright urban street arts and sneaky graffiti spots. Later we proceed to Gold Coast – major tourist destination on Queensland Coast famous for sunny subtropical climate and widely known for its surfing beaches, high rise dominated skyline, theme parks, nightlife and rainforest hinterland.

Today we explore Currumbin Wildlife Sanctuary – a heritage listed sanctuary and a home to the world’s largest collection of Australian native animals and birds, especially for huge flocks of wild Rainbow Lorikeet birds, Koalas and Kangaroos. Later we proceed to Warner Bros. Movie World and step into a world of imagination, action, drama, and all things cinematic. Experience first-class rides and action-packed shows in a place where your favourite movies come to life. Get on adrenaline-pumping rides like Green Lantern Roller Coaster – themed after DC comics Character, Batwing Spaceshot – which shoots riders up and then back down based on Batman fantasy, Superman Escape – hydraulic launch high speed roller coaster ride and Wild West Falls – adventure ride that features geysers, mine shafts, a ghost town and an inevitable drop and at the end we enjoy ‘The Lego movie 4D experience’ show. In the evening, we have free time to stroll around Gold Coast’s famous Surfer’s Paradise Beach front area and Caville Avenue – the shopping and entertainment capital.

Today we travel to Cairns by flight. Cairns is a gateway to Australia's Great Barrier Reef and a paradise city in Queensland where the Rainforest meets the Reefs. Upon arrival, we proceed to Kuranda Rainforest – world’s oldest living tropical Rainforest. Here we enjoy 7.5 km long scenic ride in Sky Rail Rainforest Cableway running above the Barron Gorge National Park full of lush green, rugged rainforest-clad mountains, gorges and tumbling waterfalls. In the evening, we enjoy cultural experience in Aboriginal Cultural Park at Smithfield. Here you can learn how to throw a Boomerang from Aboriginal masters. See traditional Aboriginal dance performances and enjoy a tropical buffet dinner.

Today we have full day excursion to The Great Barrier Reef – one of the planet's most extraordinary natural wonders with 2300 km long coral reef system in Coral Sea, comprising of thousands of reefs and hundreds of islands made of soft and hard corals, is the only living organism that can be spotted from space. We take a catamaran to one of the islands of Great Barrier Reef and experience the world of colourful corals, fish and marine life through a Glass bottom boat or a Semi-Submersible. You also get a chance to enjoy various adventure water sport activities like Scuba do, Scuba diving, Snorkeling etc. on your own. Later we fly to Melbourne.

Today we travel to Melbourne by flight. Melbourne is known as cultural capital of Australia, situated on banks of Yarra River and recognised for its mix of Modern - colonial architecture. City was first discovered in British Colonial era and progressed rapidly during Australian Gold Rush. Upon arrival we explore Melbourne city, we see St. Patrick Cathedral, Town Hall and Parliament House, followed by visit to Fitzroy Garden – a Victorian style garden dotted with ornamental lake, pavilions, fountains, sculptures and huge number of trees. Here we see Captain Cook’s Cottage – James Cook was a Royal Navy Captain, navigator, cartographer and explorer who was the first person to map Oceania accurately and opened the gates of Australia to British Empire for the first time. In the evening we proceed to Philip Island – discovered by British Explorer George Bass and named after the first governor of New South Wales Arthur Philip, this beautiful island is home to the Fairy Penguins - the smallest of their species. Upon arrival we witness the World famous Penguin Parade where a large number of Fairy Penguins, race up Summerland Beach to their burrows. Experience the thrilling moment as you spot the first little penguins emerging from the sea and waddling along a Philip Island beach at dusk.

Today we travel to Auckland by flight. Auckland – a diverse, multicultural and cosmopolitan city, home to the largest Polynesian population in the world offering diverse landscapes, lush native rainforest, stunning beaches and natural wonders. Upon arrival we explore Auckland city we see Harbour Bridge – an eight-lane motorway bridge over the Waitemata Harbour, Westhaven Marina – home to over 2,000 boats including privately owned yachts and launches making it one of the biggest marinas in the world, Queen Street – once a dirty canal leading out to sea, today is the heart of central business district (CBD) and a shoppers paradise, Auckland Waterfront – a true gem in the Heart of the city. Later we visit the Auckland Sky Tower Observatory Deck – the tallest freestanding structure in the Southern Hemisphere, standing tall at 328 meters as an icon of Auckland's sky line for 20 years, enjoy the breath-taking views of the city.

Today we have full day excursion to Rotorua – known for its bubbling mud pools, shooting geysers, natural hot springs and fascinating Maori culture. Here we enjoy the Maori show and visit the Whakarewarewa Thermal Reserve - A living Geo thermal area in the Taupo Volcanic Zone with more than 500 hot spring pools and seven active geysers. Later we enjoy the Sheep Shearing Show at Agrodome. In the evening we drive back to Auckland.

Today we travel to Queenstown – the adventure capital of New Zealand. Upon arrival we visit Puzzling world - featuring a multi-level outdoor maze, optical illusion rooms and a cafe with table puzzles at Wanaka.

Today we visit bungee jumping point on Kawarau River and take a stroll around Arrow Town - historic gold mining town in the Otago region of the South Island of New Zealand. Later we board skyline gondola ride to visit Bob Peak which offers amazing view of Queenstown and take photostop at backdrop of Lake Wakatipu. In the evening we have free time to stroll around Queenstown Waterfront Area.

Today we proceed to Christchurch. En route explore Lake Tekapo Area – second largest lake in New Zealand surrounded by snow-topped mountains and known for its turquoise blue water. If weather permits we may also get to see the famous Mt. Cook – the highest mountain in New Zealand. Upon arrival at Christchurch we have free time for relaxing and explore surroundings. 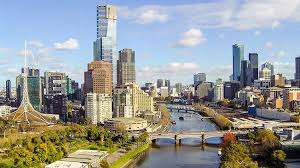 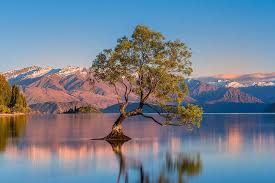