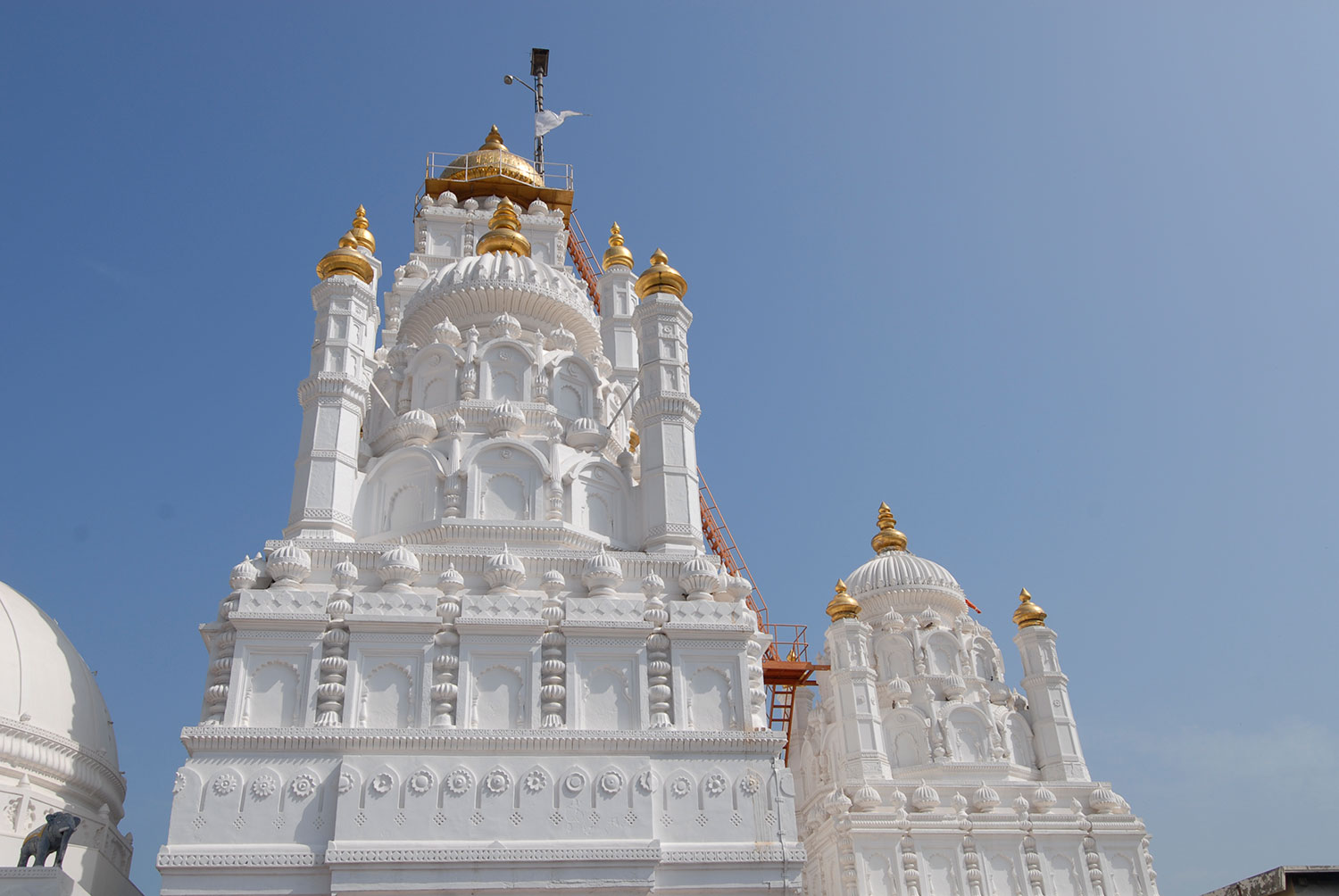 Today Morning Proceed to Dakorji SHREE RANCHHODRAIJI MAHARAJ TEMPLE, Dakor, in its earlier phases as pilgrimage center in Gujarat, was famous for the Danknath temple, a place of shiva worship. In the later phases it developed into a Vaishnavite center with the growing fame of Ranchhodraiji [form of Lord Shri Krishna] temple, which was built in 1772 A.D. Today this place is known not only as a pilgrimage center but also a trading center where one can get the articles related to puja, and other rituals. Recently, Dakor is included in one of the six major pilgrimage places under "Yatradham Vikas Board" by Government of Gujarat for development as a well-planned and well-organised pilgrimage place to facilitate the lacs and lacs of visiting pilgrims. More than 70–80 lacs of pilgrims visit the place every year and a continuous increase is witnessed every year.& back to Ahmedabad.

Mangala Darshan is the first darshan of the day at dawn. The Bhavana (emotion) of waking Lord Ranchhodraiji with the same affection and love of his mother Yashoda, when at Gokula is represented in this Darshan. The name Managla underlines the auspiciousness of beginning the day with a glimpse of the Lord.

Shringar Darshan is usually 45 minutes after the Mangala Darshan. His attire depends on the day and the month according to the Lunar Calendar. Ranchhodraiji is adorned with a garland of flowers around his neck. The lord is shown a mirror to see himself. He is offered dry fruits and sweets after which the flute is placed over his shoulder to imply that the Lord can now go out to play with his friends

After the Shringar Darshan, is a Gwal Darshan during which the Lord takes his mid-morning snack,Curds and light food is offered to him during this darshan. Gwal darshan depicts the time when Lord Ranchhodraiji takes his cows to the pasture and plays with his friends. Neither garland nor flute is placed on his shoulder as he is playing with his cowherd friends

The main meal of the day is offered to Ranchodraiji during this darshan. He is adorned with lotuses, a flower garland and his flute. Perfume of the season is sprinkled. The sounds of drums and devotional music fill the air and the excitement mounts as the Aarti is performed. After this, he retires for three hours representing the siesta he enjoyed in the meadows

In the Utthapan darshan which is at mid afternoon, Lord Ranchodraiji is lovingly awakened from his afternoon nap

The Shayan Darshan is the last Darshan of the day, when Lord Ranchodraiji finishes a light meal. A fan made of peacock feathers is waved to avoid the effects of any evil eye cast while he is in full view of the people